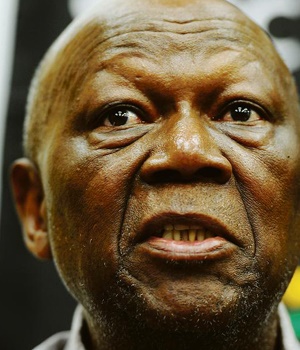 Generations creator and director Mfundi Vundla says he is not worried about getting Generations back to the top of the TV ratings. PHOTO: Leon Sadiki

After a massive drop in TV viewership figures, Generations The Legacy mastermind Mfundi Vundla accuses producers and writers of Uzalo of ‘sabotaging’ his 20-year-old soapie and ‘stealing’ its story lines

A television turf war has apparently broken out between Generations’ Mfundi Vundla and his counterparts at Uzalo.

City Press has reliably learnt that Vundla wrote a series of emails in which he accused Uzalo producers and writers of “sabotaging” his show and “stealing” its story lines.

A reliable source at the SABC told City Press that the emails, which Vundla allegedly sent to a senior SABC official, had been widely circulated in the corporation’s Auckland Park headquarters and reportedly landed in the inbox of one of the Uzalo producers.

Incidentally, the isiZulu word ‘uzalo’ is a loose translation for lineage or direct descendants. In other words, generations of the same family.

This week, Uzalo producers – including President Jacob Zuma’s daughter Gugu Zuma-Ncube and Pepsi Pokane – received a R5 million grant from eThekwini municipality to enable them to continue shooting the popular show in Durban.

Vundla declined to comment on questions about the alleged emails on Uzalo.

Uzalo publicist Marang Setshwaelo referred queries to Pokane, who said: “We have no idea what this is about. It is the first time that we hear of it [Vundla’s emails]. We are unable to respond to an unsubstantiated rumour about a colleague.”

This week it was reported that the five-month-old Uzalo had booted Generations off its pedestal as the most watched show on SABC 1 – for the first time in more than 20 years.

Vundla told City Press that he wasn’t shaken at all because “Uzalo was on top just for a day”.

According to the TV ratings data, Uzalo beat Generations The Legacy in the ratings on June 10 2015.

But Vundla is not bothered.

“Show me a pattern and we can talk. If Uzalo is at the top for two or three weeks, I would start to worry,” he said, adding that the “numbers don’t lie”.

Responding to the increase in TV ratings, Uzalo series producer Mmamitse Thibedi said: “When we conceptualised Uzalo, the vision was both to make excellent TV and deliver a programme that South Africans could relate to ... We’re thrilled to have met this mandate.”

A nonchalant Vundla said he had been in the TV industry for 22 years, “and I know my story”.

However, when Generations was at its peak in 2014, it had about 7.5 million viewers – 2 million more than at present.

Vundla said he was not worried about getting Generations back to the top of the TV ratings.

“I have very strong story lines coming in the next few months. I’m not worried at all,” he said. “I congratulate Uzalo. They’re doing well.”

Mokhethi said Generations was “still number one and getting stronger”.

“We have new and exciting story lines – twists and turns that are still to take place,” she said, adding that there would be more high drama and intensity towards the second half of the year.

“Instead of losing viewers, we’ll gain more with our upcoming episodes,” she said.

Generations took a dive after 16 of its stars – including the popular Sophie Ndaba, Dineo Ranaka and Menzi Ngubane – were axed after going on strike for higher wages.

The new show, starring Connie Ferguson and Rapulana Seiphemo, was then rushed into production and was broadcast just two months later.

“It’s been on air for eight months and we are going to serve our audience high drama, but with a message,” he said.

What the fans think

» Mzansi celebrity stylist and make-up artist Alexis Tshangana is not a big fan of Generations The Legacy.

She says the programme is not as exciting as it used to be. “Nobody can relate to its story line. It doesn’t represent Mzansi’s story line and it’s unrealistic,” she says.

She believes that the show’s previous story lines were much better. “It really touched issues that we come across in our daily lives. The story line of Mam’Ruby was relevant because it talked about the business challenges of shebeens in our society,” she says.

Modise feels it’s unfair to compare the new Generations with the “old one”.

She believes that change is good.

“Many young people can relate to Namhla’s [Diale] story. We cannot run away from the fact that teenage pregnancy is affecting today’s youth,” she said.

We live in a world where facts and fiction get blurred
In times of uncertainty you need journalism you can trust. For only R75 per month, you have access to a world of in-depth analyses, investigative journalism, top opinions and a range of features. Journalism strengthens democracy. Invest in the future today.
Subscribe to News24
Related Links
Can death and mayhem resurrect prime time TV?
Generations 16 try to interdict The Legacy
Generation is back on our tv screens (and YEARS back)!
Next on City Press
From the frontlines: 20 years of fighting HIV in Khayelitsha

Choose a newsletter
Voting Booth
Former president Jacob Zuma's legal team has given the chairperson of the commission of inquiry into state capture, Deputy Chief Justice Raymond Zondo, an ultimatum. Either he recuse himself or Zuma will either prolong proceedings or exercise his right to remain silent
Please select an option Oops! Something went wrong, please try again later.
Zuma is undermining Zondo
62% - 790 votes
Zuma is within his rights
9% - 114 votes
Zondo has done a good job
29% - 366 votes
Previous Results
You and your credit
Sponsored | Can you pass a credit test?