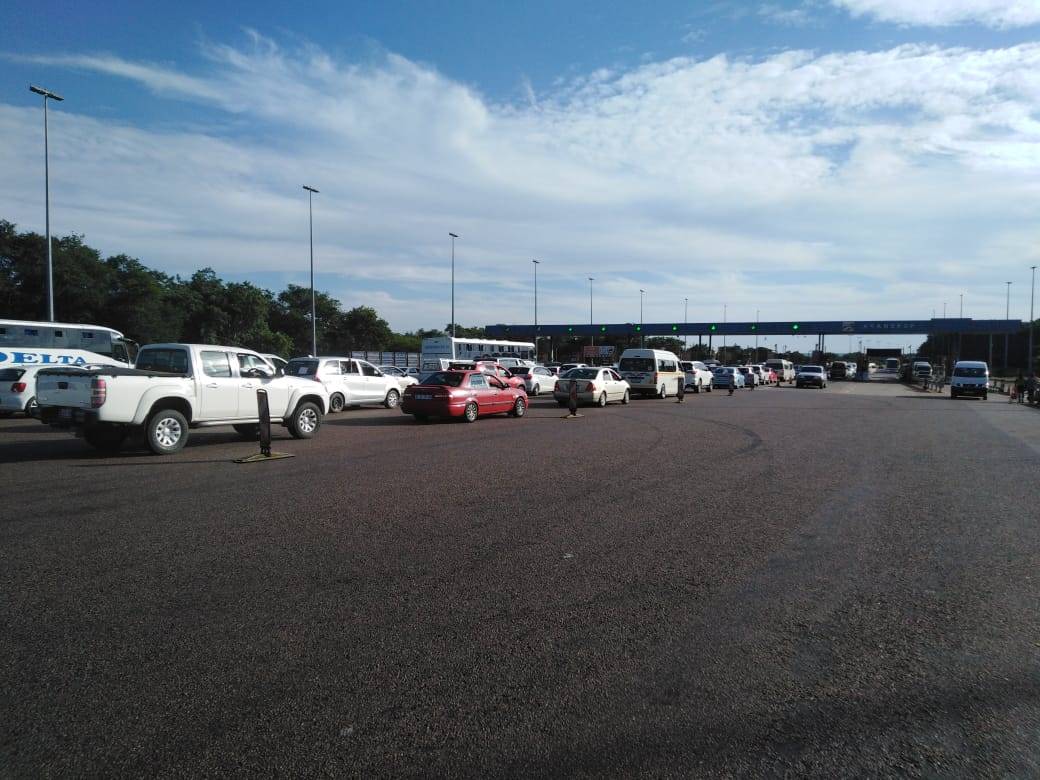 Migrant workers in Gauteng, South Africa’s economic hub and the epicentre of the nation’s coronavirus outbreak, are heading home in droves ahead of a three-week national lockdown, raising the risk of the pandemic becoming more widespread. Picture: Limpopo-verkeersdepartement

Migrant workers in Gauteng, South Africa’s economic hub and the epicentre of the nation’s coronavirus outbreak, are heading home in droves ahead of a three-week national lockdown, raising the risk of the pandemic becoming more widespread.

The province has among the country’s best medical facilities and it is “not the most rational response” for residents to leave and place their families and other communities at risk, Premier David Makhura told reporters in Johannesburg on Wednesday.

President Cyril Ramaphosa announced on March 23 that the containment measures will come into effect at midnight on Thursday. People will only be allowed to leave their homes to go shopping, collect welfare grants and seek medical care – unless they provide an essential service.

The number of confirmed infections in South Africa rose 28% to 709 by late Tuesday from the day before, with all nine provinces affected. Revised tallies released by the health ministry showed there were 319 cases in Gauteng, which has more 12 million residents – about 44% of whom are migrants from other provinces and countries.

The country is in the very early stages of the pandemic and an increase in infections is expected, Health Minister Zweli Mkhize said.

Restricting movement should slow the spread of the virus and reduce the risk that the health system will be swamped, he said.

The government released regulations late on Wednesday on how the lockdown will work, including the closure of most facilities where people can gather, such as restaurants, beaches, churches, hotels, bars and casinos.

The sale and distribution of alcohol will be banned, and limits will be imposed on the number of passengers that can use public transport if they’re allowed to travel. People will be prohibited from exercising outside their homes.

Those who contravene the rules may be fined or imprisoned for as long as six months. – Bloomberg

We live in a world where facts and fiction get blurred
In times of uncertainty you need journalism you can trust. For 14 free days, you can have access to a world of in-depth analyses, investigative journalism, top opinions and a range of features. Journalism strengthens democracy. Invest in the future today. Thereafter you will be billed R75 per month. You can cancel anytime and if you cancel within 14 days you won't be billed.
Subscribe to News24
Related Links
SA WhatsApp service goes global in Covid-19 fight
How a pandemic underscores the importance of internet access
Covid-19: Giving meaning to ‘social solidarity’ through mental health support
Next on City Press
Financially pressured employees are not productive in the workplace