Public Protector Busisiwe Mkhwebane’s lawyers have filed the records in President Cyril Ramaphosa’s R500 000 Bosasa campaign donation case with the registrar and not the office of the deputy judge president at the high court in Pretoria.

As far as Mkhwebane is concerned the record should be public and there is no legal basis for anyone who wants to see it to be denied access.

This is according to a letter on Wednesday, which Seanego Attorneys Inc sent to Ramaphosa’s lawyers, Harris Nupen Molebatsi, adding that Ramaphosa was “at liberty to take any step you wish to take to protect [his] interests”.

Mkhwebane had found that Ramaphosa lied to Parliament when he said the money from Bosasa was from a business deal his son Andile Ramaphosa had with the corruption accused company.

He later changed his version, saying that the money was for his CR17 campaign to become ANC president in December 2017, but he had no knowledge of the donations because he was “kept in the dark”. Mkhwebane found that to be a violation of the Executive Members’ Ethics Act.

Mkhwebane’s lawyers said on Wednesday it was regrettable that Ramaphosa’s lawyers did not disclose their interaction with Deputy Judge president Aubrey Ledwaba, in which they sought to have some of the records Mkhwebane would submit to be kept away from the public eye.

Seanego Inc also questioned why Ramaphosa was acting on behalf of third parties who were worried that their private information would be made public, particularly when his defence had been that he did not even know who they were.

“Your client has consistently contended that he was ‘kept in the dark’ about the identities of the donors and the details thereof. It is therefore puzzling that he seeks to act on their behalf, without any factual or legal basis whatsoever.”

Last Thursday Ramaphosa petitioned the Pretoria High Court to have some parts of Mkhwebane’s pending submission sealed and not disclosed to the public.

He cited concerns about possible unlawfulness on the Public Protector’s part during her investigation, saying that among these documents were bank statements.

According to reports, Ledwaba had acceded to Ramaphosa’s request, including that the documents be filed in his office and not that of the registrar as per norm, until the dispute was settled.

Seanego Inc disagreed with the process followed by Ramaphosa’s lawyers, saying that there was no basis upon which he sought, “without any formal application, that the record be sealed and not be made available to the public”.

They said the allegation that documents were acquired unlawfully was made without reference to any evidence whatsoever, and it was “entirely unfounded and without merit”. 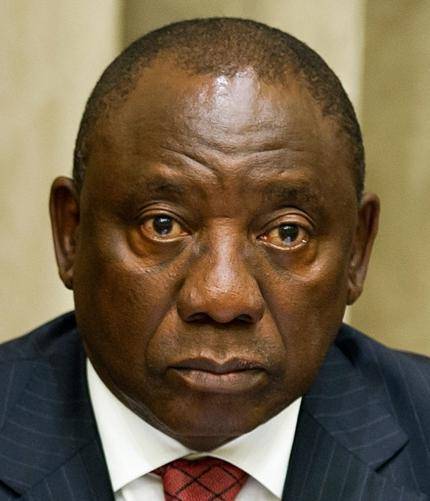 News24 reported on Wednesday that Mkhwebane’s office obtained the bank statements she had relied on in her report from the Financial Intelligence Centre (FIC).

Acting public protector spokesperson Oupa Segalwe said the Public Protector had signed a memorandum of “understanding” with the FIC and that was where she obtained the bank statements she made reference to in her report.

“When Absa was not forthcoming with regards to the subpoena that was served on it, we did not pursue them because we were able to obtain the same information through the FIC. It is the statutory body that has access to those things.

“It can’t be that when you obtain information from a statutory body like that, which is in the business of providing the same records, then you are accused of being in possession of documents unlawfully without any evidence,” he said.

Seanego Inc said that in light of the above, they were “not bound” by Ramaphosa’s letter to Ledwaba.

“We also dispute that your client has any legal basis for the request, nor any standing to act on behalf of third parties who have not made any application for the record to be sealed.”

They said that they had “thus filed the record, with the registrar only, in terms of your notice of motion, the court rules as well as our agreement to file by August 15.” Choose a newsletter
Voting Booth
Do you think the ANC Gauteng integrity commission overreached in recommending that Gauteng Health MEC Bandile Masuku should step down?
Please select an option Oops! Something went wrong, please try again later.
Yes, he had a good case
15% - 4 votes
No, they’re taking on corruption
38% - 10 votes
Same old story
46% - 12 votes
Previous Results
Podcasts
Should I pay extra into my mortgage with these lower rates?