Modise vs Majola: Parliament to vote for new Speaker by secret ballot Members of Parliament are set to vote for a new Speaker of the National Assembly by secret ballot this afternoon.

This follows the DA nominating Thembekile Majola for the position contesting the first nomination of Thandi Modise who was nominated by her party, the ANC.

Chief Justice Mogoeng Mogoeng has been in the National Assembly presiding over the swearing in of members of the sixth Parliament during its first session.

Dr Nkosazana Dlamini-Zuma nominated Modise – who previously served as chairperson of the National Council of Provinces in the fifth Parliament – and was seconded by Derek Hanekom.

DA chief whip John Steenhuisen then nominated Majola and was seconded by DA MP Michael Waters resulting in the need for the process of a secret ballot to get underway.

The secret ballot is a formality given that the ANC’s majority in the National Assembly guarantees Modise the top job.

Meanwhile the ANC started the day with a series of shock announcements.

Deputy President David Mabuza wrote to his party to say that he would be postponing his swearing in pending an engagement with the party’s Integrity Commission.

City Press recently reported that the commission had put together a report naming at least 22 ANC members who were unsuitable for public office given allegations levelled against them bringing the party into disrepute.

Mabuza’s announcement was then followed by one from Nomvula Mokonyane who notified the ANC that she would not be available for a deployment to Parliament as chair of chairs.

This follows the ANC NEC resolving on Monday to deploy her to the powerful position despite the dark clouds hanging over her.

The National Assembly is set to reconvene at 14:00 this afternoon to vote on the speaker position as well as to nominate and vote for the deputy speaker and president.

Lechesa Tsenoli is set to return as deputy speaker while Ramaphosa will be elected president despite a possible challenge from Mmusi Maimane who is likely to be nominated by his party.

Related Links
Another withdrawal, this time the ANC’s chair of chairs, Mokonyane
Mabuza always said he would quit if convincing reasons were given
Parly pomp. That black rod? All you need to know about this first sitting
Share
Next on City Press
‘Besieged’ doctors call for action after Munshi killing 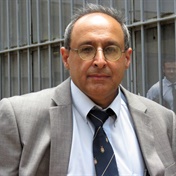