Money given to Zuma by Shaik was ‘an exchange between friends’: Lawyer 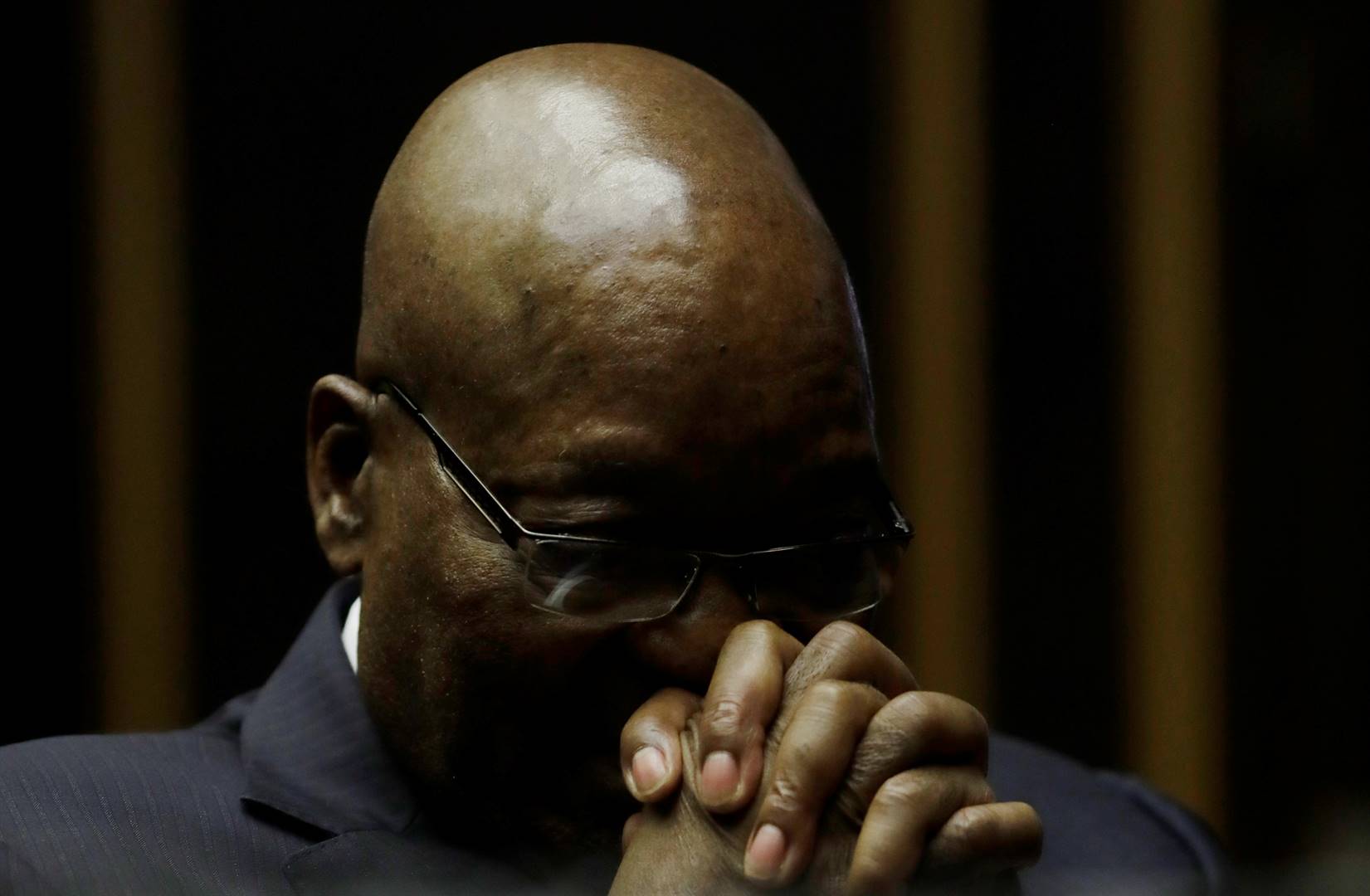 Jacob Zuma sits in court in Pietermaritzburg where he is facing charges that include fraud, corruption and racketeering on Friday (May 24 2019). Picture: Themba Hadebe/Reuters

Former president Jacob Zuma’s lawyer has diminished the charges of fraud, money laundering, corruption and racketeering being faced by his client to “a simple exchange of money” between Zuma and “his friend”, onetime financial adviser Schabir Shaik.

Controversial lawyer Lugisani Daniel Mantsha, who along with Muzi Sikhakhane and Thabani Masuku make up Zuma’s legal team, expressed these sentiments after the conclusion of his client’s application to have the Pietermaritzburg division of the KwaZulu-Natal High Court grant Zuma a stay of prosecution. Zuma is in the dock over 16 charges of fraud, money laundering, corruption and racketeering linked to 783 payments that French company Thales allegedly made to him in connection with the infamous arms deal. “Zuma’s first reaction was to ask that the NPA confirm whether it was investigating him or not. They didn’t confirm. They sent him questions which he answered and explained that Schabir Shaik was his friend and he had loaned him money and of course the state made a big issue and suggested corruption, bribery and racketeering was involved but that was not the crux of the matter. What it boiled down to was that this was all about money advanced by Shaik to his friend and comrade, a person he was financially advising.”

“There is not even a cent that was taken from the state coffers, there is nothing,” argued Mantsha.

He added that it Zuma had been given Shaik’s personal money and that he had been “on record until today maintaining that he gave it to Zuma as a brother in need and not in a corrupt manner”.

However, speaking to City Press on Friday, Mantsha painted Zuma as “violated” and said he continued to suffer from the state’s prosecution of him.

Mantsha said the 77-year-old might be charismatic after proceedings, dancing and addressing crowds that had come to support him but the trial was taking a toll on him. 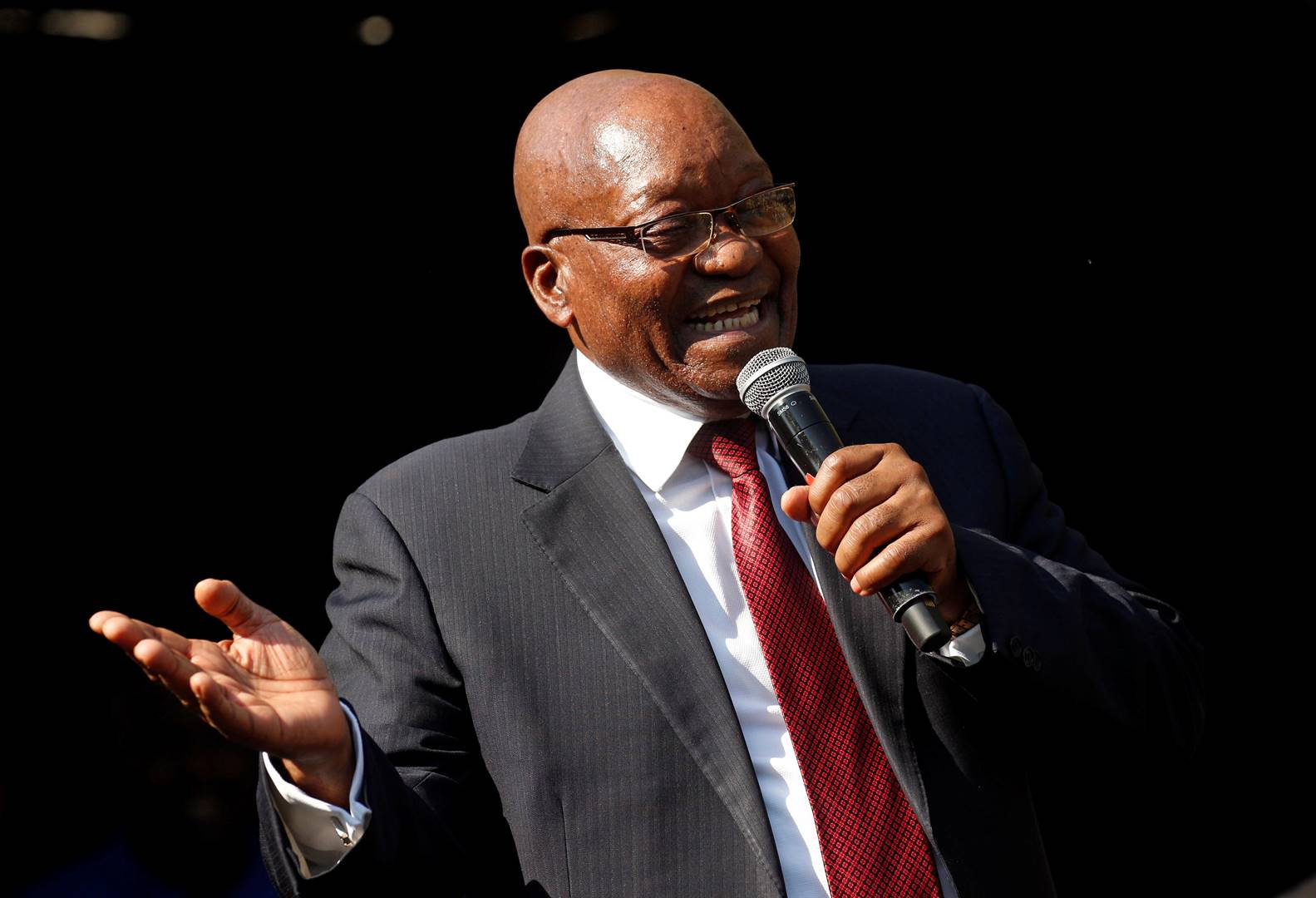 Jacob Zuma speaks to supporters after his appearance in the high court on Friday (May 24 2019). Picture: Rogan Ward/Reuters

“He is a father, grandfather, uncle and brother ... he has the same feelings that we have and because he has constantly been framed a certain way we have come to accept that it has influenced some of us to see him as less of a human being who has no feeling of shame, he is feeling very bad about the continuation of this trial,” said Mantsha.

Mantsha is himself no stranger to controversy, following revelations that he was once disbarred and is still being probed by the Hawks for state capture allegations.

He made the comments after the full bench of judges on Friday had heard closing arguments from the state, Thales and Zuma’s own legal team – who also tried to introduce new evidence in the form of a letter, believed to be correspondence between the NPA and the Hawks late on Thursday.

According to Zuma’s legal team the judgment on the permanent stay of prosecution application would be handed down in the next three months.

Should the judges rule against the application, Zuma and Thales will then face a criminal trail scheduled for October 15.

We live in a world where facts and fiction get blurred
In times of uncertainty you need journalism you can trust. For only R75 per month, you have access to a world of in-depth analyses, investigative journalism, top opinions and a range of features. Journalism strengthens democracy. Invest in the future today.
Subscribe to News24
Related Links
Half way through, Zuma’s court application is still on a knife-edge
Zuma co-accused, Thales, says it’s impossible to trace individuals involved in alleged bribery
The rot in the NPA goes back further than Zuma, court hears
Next on City Press
SABC news head finally fired