More inquests on the cards: ‘People must be held responsible, even in death’ 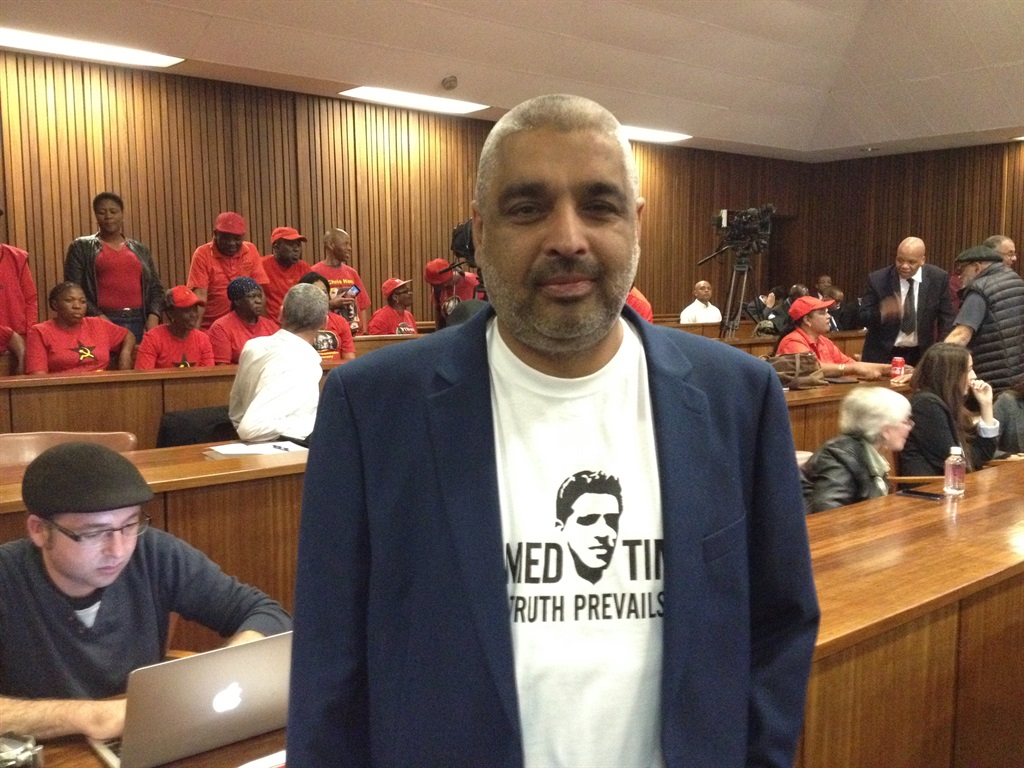 The judgment in the inquest of political activist Ahmed Timol has resuscitated hope for families of struggle heroes who died in police detention.

Timol, who was tortured and murdered in police detention, was the 22nd of 73 political detainees who died mysteriously at the hands of the apartheid security police between 1963 and 1990.

Just like many others, his family never believed the police, who said that he had jumped to his death from the 10th floor at the then notorious John Vorster Square in October 1971.

Others were angry that by claiming Timol committed suicide, which is viewed by many religions as sinful and detrimental to one’s spiritual journey, the apartheid forces were also condemning his soul.

One of the well-known activists to die in police custody in Pretoria was Steve Biko.

Five years after Timol’s death, 22-year-old Matthew Mabelane also allegedly died the same way. Just like Timol, his body was found on the grounds of the infamous Johannesburg police station except that he had first fallen on the bonnet of a car.

Mabelane’s family believed his death could be traced from Room 1026 on the 10th floor where, just like Timol, he was reported to have jumped through a window to his death.

“The judgment gives us hope that the National Prosecuting Authority and the police will somehow be jolted into action to help us find truth and closure after Matthew’s death,” Rapulane said.

“Matthew’s father [Phillip Mabelane] is now 95 and we pray for his sake that he will still be alive to see justice in respect of his son’s death. The evidence is there ... Matthew left messages that he was going to be killed and the Truth and Reconciliation Commission also recommended that those implicated should be investigated.

“I have names of the police officers involved but we’re not sure if they are still alive or where they live,” he said.

“My message to them is that there is hope. Perseverance is absolutely essential.”

For more than a decade, Cajee led the family’s quest to prove false the apartheid police story that his political activist uncle had jumped to his death during police interrogation. This week’s favourable judgment was the result of his hard work and perseverance over the years.

He took it upon himself to investigate and research, which saw him go through large volumes of record documents, seeking anything that would help resuscitate an inquest into his uncle’s death.

A pat on the back and a hug from former minister in the presidency Essop Pahad, followed by the words, “well done Imtiaz”, symbolised the public admiration for his hard work just moments after the court ruled in the family’s favour.

Cajee beamed with pleasure, but more so, relief at the weight he had carried for years in his quest for justice.

He said the judgment was just one portion of his quest for the truth and justice. While it was an important milestone, it was definitely not closure.

“We now wait on the NPA to implement Judge Mothle’s recommendation. Our plea is for the NPA to act fast because the (implicated former special branch officers) are in their late 70s and 80s now,” he said.

Mothle recommended that the last man to see Timol alive, former special branch sergeant Joao Rodrigues should be investigated and possibly charged with accessory to murder.

He urged the human rights commission to come to the party and assist many other families, whose loved ones suffered the same fate as Timol, in their quest for closure.

The NPA has welcomed the challenge.

“We have a huge appetite to deal with these matters,” said NPA spokesperson Luvuyo Mfaku.

He said they believe “people must be held responsible even if it is done posthumously”.

As a result, Mfaku explained, a team of prosecutors had already been set up to look into cases similar to Timol’s.

“The beauty of Judge Mothle’s judgment is that the South African Human Rights Commission must also come on board. We’re excited they will bring resources for investigations to be conducted,” Mfaku said.

“We believe that collaborated effort will yield results.”

We live in a world where facts and fiction get blurred
In times of uncertainty you need journalism you can trust. For 14 free days, you can have access to a world of in-depth analyses, investigative journalism, top opinions and a range of features. Journalism strengthens democracy. Invest in the future today. Thereafter you will be billed R75 per month. You can cancel anytime and if you cancel within 14 days you won't be billed.
Subscribe to News24
Related Links
Closure for Timol family after judge rules that he was murdered
Time, injuries, a cover-up: The big revelations in the Timol inquest
Ahmed Timol’s death ‘shattered the family, broke his father’
Next on City Press
Bonang’s former manager files urgent interdict against her to retract social media statements