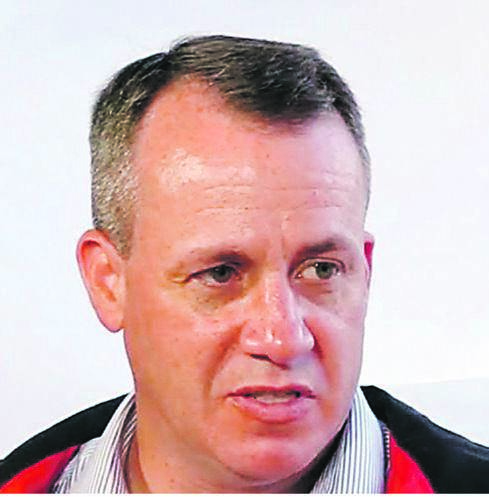 Organised labour has given the presidency, the National Economic Development and Labour Council (Nedlac) and Eskom more than 70 conditions that “have to be adhered to” before the unions can give government the go-ahead to tap into the Government Employees’ Pension Fund (GEPF) to help reduce the power utility’s debt.

The union federation Cosatu and its affiliates the Federation of Union SA (Fedusa) and the National Council of Trade Unions (Nactu) presented the conditions, which include 25 Eskom-related interventions and more than 50 economic interventions, at the presidential working committee held at Nedlac last Monday.

Last month the union federation Cosatu proposed that the GEPF could be used to pay half of Eskom’s R450 billion debt.

In their proposal, the three unions are calling, among other things, on Eskom to make a commitment that “no workers will be retrenched; a comprehensive public audit will be undertaken on all Eskom contracts and expenditure; and all those who have looted from the utility must be arrested and their assets seized”.

Meanwhile, trade union Solidarity has threatened to take legal action to stop what it has described as “the capture of public servants’ pensions”.

They also want government to commit that it will not privatise Eskom.

The economic interventions include an “urgent call for a stimulus plan to inject new capital into the economy as well as government to force business to produce six-month implementation plans for their jobs investment summits agreements”.

Speaking to City Press on Saturday, Cosatu’s parliamentary coordinator Matthew Parks, described the new proposals as an urgent initiative to help stabilise Eskom and save jobs.

He said given the deteriorating state of affairs at the power utility, the country unfortunately did not have the luxury of time to act before the entity totally collapsed.

“All parties – from government to labour, business and society – have to make a contribution and where necessary, a sacrifice for the sake of the national interest,” said Parks.

“Fedusa and Nactu have embraced the idea and the principle of a social compact and an intervention plan for Eskom. But their decision will depend upon them having broader consultations with their internal structures and the conditions and modalities of the investments,” he said.

Parks said this was still at the proposal stage and no decisions had been taken. Cosatu had invited more submissions to be considered by its central executive committee a week’s time, he said.

Cosatu spokesperson Sizwe Pamla said the unions were not calling on the GEPF to fork out the entire R450 billion needed for Eskom’s debt.

“What we are proposing is that Eskom should be assisted to pay off at least R250 billion of its debt. Even this amount should not all be footed by the pension fund. Government and the private sector should cough up some of this amount and the balance would then be taken from the pension fund,” said Pamla. Narius Moloto, Nactu’s general secretary, said: “At the moment, Eskom is failing in a number of areas, including management, financial controls and corruption.

“As labour, instead of looking at the situation and folding our arms, Cosatu made a proposal to say we will encourage the investment of the workers’ money, provided certain conditions are met. And we agree with that because we need to take the initiative to make sure that we get ourselves involved because folding arms will not help.”

Moloto said that his union had agreed, in principle, that should all the stipulated conditions be met then there was no reason the Public Investment Corporation [which administers the GEPF] should not help save Eskom.

“Eskom’s debt currently stands at R450 billion. We are not saying that the PIC should cover all that. We are saying that Eskom, according to their own submission, can afford to repay a debt of about R250 billion,” said Moloto.

Fedusa could be a stumbling block to the proposed use of the GEPF to pay part of Eskom’s debt.

Masale Selematsela, the president of Fedusa, told City Press that “from a principled point of view, Fedusa was supportive of the principle that Eskom must be assisted but we thought the money should come from elsewhere”.

“At the end of the day, Eskom serves the whole nation. But as a federation we are not in support of money for an Eskom bailout being taken from the pension funds. What we are saying is that Eskom needs to be assisted, but government should get the money from elsewhere,” said Selematsela.

He argued that having engaged with their members during the week, the consensus was that using their pension funds would not be the best option.

“Eskom has been getting assistance and bailouts through and through, therefore this means that there is no guarantee that workers’ money given to Eskom would be recovered.

“Secondly, the business model that Eskom is using is not viable. As such they need to look at a different model which will make Eskom sustainable and be self-reliant such that it is able to make profit,” said Selematsela.

Meanwhile, trade union Solidarity has threatened to take legal action to stop what it has described as “the capture of public servants’ pensions”.

In a letter to the GEPF as well as the PIC, Solidarity’s legal team demanded that the trustees and the boards of both institutions should not accept the controversial plan to finance Eskom from the pension fund.

Eskom has been getting assistance and bailouts through and through, therefore this means that there is no guarantee that workers’ money given to Eskom would be recovered.
Masale Selematsela, the president of Fedusa

“If Solidarity does not receive such a guarantee, or if a decision is made to implement the controversial Eskom plan, Solidarity will take further legal action, which may include urgent legal assistance,” read the letter.

However, the president remains optimistic that common ground will be found.

During his state of the nation address on Thursday Ramaphosa said: “The social partners organised under Nedlac have been meeting over the last two weeks to agree on the principles of a social compact on electricity.

“This is a historic and unprecedented development since it demonstrates the commitment of all social partners to take the necessary actions and make the necessary sacrifices to secure our energy needs,” he said.

We live in a world where facts and fiction get blurred
In times of uncertainty you need journalism you can trust. For 14 free days, you can have access to a world of in-depth analyses, investigative journalism, top opinions and a range of features. Journalism strengthens democracy. Invest in the future today. Thereafter you will be billed R75 per month. You can cancel anytime and if you cancel within 14 days you won't be billed.
Subscribe to News24
Related Links
Government Employees’ Pension Fund: Alarm bells can no longer be ignored
Bad investments leave pension fund with shortfall of R583bn
How PIC ‘robbed’ Paul for Peter
Next on City Press
Thirteen illegal mine workers arrested in Mpumalanga