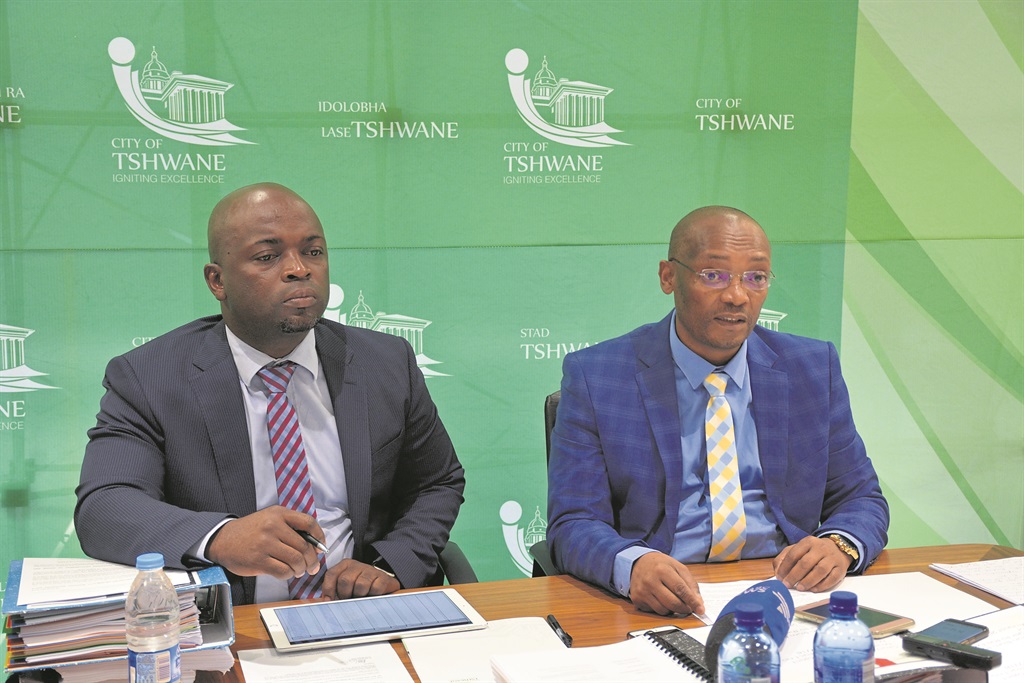 After a two-year honeymoon working alongside the Economic Freedom Fighters (EFF) in the City of Tshwane, Mayor Solly Msimanga faces his first real test, which could potentially see him lose his position by the end of the week.

However, in an interview with City Press, Msimanga questioned the motives of the parties in planning to remove him for taking action against suspected wrongdoing.

The EFF and ANC are calling for his head after several recent scandals including the employment of a number of unqualified people in his office.

But Msimanga has hit back, saying he fails to comprehend why he is being punished for fighting corruption. This follows moves to suspend city manager Mooketsi Mosola over the controversial R12 billion consulting contract awarded to GladAfrica. The company manages projects on behalf of the Tshwane municipality and has already been paid R250 million for work done so far. Msimanga has denied that he was aware of the contract awarded to GladAfrica.

He confirmed signing off on the formation of the coordinated project management unit that was intended to help the city finish work on incomplete projects and completed projects that were not being used, as well as projects that had been stopped because of budget constraints. But he pleaded ignorance on how Mosola went about securing one supplier for all those projects.

The EFF proposed a motion of no confidence, arguing this week that it sees Msimanga as a nonconsultative leader who has “prioritised white people amid great service delivery problems in poor black communities”.

EFF leader Julius Malema said Msimanga failed to consult his party, which was disrespectful given that they are coalition partners in council.

“In essence he is behaving like a person who won elections and has a majority in council, when he actually does not,” Malema said.

The EFF has come out defending Mosola despite him being fingered for the questionable transaction.

“Our caucus has indicated that the city manager is being punished because he is suspected to be the one that exposed the fact that Msimanga hired [former Tshwane chief of staff] Marietha Aucamp, who did not possess required qualifications for the job,” said Malema.

Msimanga said he was shocked that the EFF and ANC could claim to be opposed to corruption, but react to so strongly when he acted against possible wrongdoing.

“The interesting question is: ‘Why now?’ This raises a number of questions of what is at play”

He said all along the EFF had never contemplated a motion of no confidence even after the saga of Aucamp surfaced.

“If the motion was about Aucamp, they should have brought it months ago, but they did not,” he said, speculating at the EFF’s relationship with Mosola.

DA leader Mmusi Maimane has come out batting for Msimanga: “What is he being removed for? We have concerns about the contracts of GladAfrica, we believe there are issues. We think the city manager has a lot to account for. All Solly is asking for is that the city manager be investigated.

“What is wrong with that? If people want to say that when you are dealing with corruption then the mayor must be removed then we can’t sit here and say it is better for Solly to have kept these things underground when they are happening and not take action. What kind of premier candidate is that who doesn’t take action?” Maimane asked, defending the mayor who the DA has nominated for Gauteng premier after next year’s elections.

City Press has been able to trace that the R12 billion scandal started off as a genuine effort to respond to issues flagged by the Auditor-General around the city’s spending on its projects, many of which were incomplete. After a strategy session, Mosola came back with a presentation of a project management unit whose work was to better align the project management planning function of the city, integrate all pertinent departments and to build the city’ capacity for future project management.

The idea was approved by the mayoral committee and later by council resolution this year. Msimanga said at the stage they approved the project they were assured that procurement would be through a panel approved by the Development Bank of Southern Africa: “Our understanding was that it was a panel, not one company. And it would work project by project, as and when necessary. That is why it had no monetary value. In the proposal, there was no amount, value or any specific company named,” he said.

Msimanga insists that he was none the wiser about any improprieties until someone brought it to his attention and the story broke in the media recently.