Muslims living out and proud 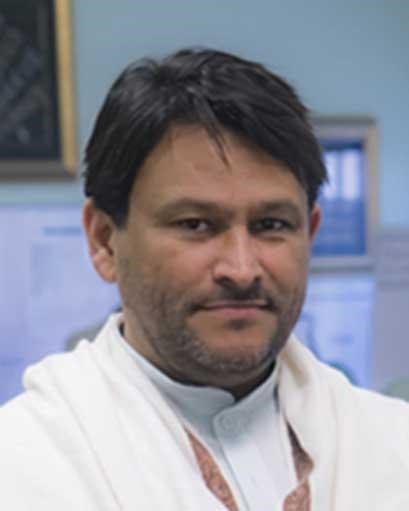 About five years ago, my family showed me a pamphlet that was circulating about The Inner Circle, ridiculing the idea of a “gay mosque” in Cape Town and comparing homosexuality to bestiality. I was disgusted at how my community could think this. Existing in a world dominated by cisgendered heterosexuals, I did not even have the language to explain why I was so hurt by their amusement. It had to do with dehumanisation. So, let’s have a conversation with three queer humans.

Inside The Inner Circle

Five years after being trapped behind my own tongue, I find myself across the table from Imam Muhsin Hendricks, inside The Inner Circle, a mosque in Wynberg.

Looking out for a bright green dome, I had found instead a small and humble mosque in what looked like an office park. I am dressed somewhat formally, notebook in hand with a slight nervousness, not knowing what to expect from “the big, bad guy” behind the headlines. He smiles as though he’s seen straight through me, gestures towards his clothing and explains that he’s feeling quite casual, and asks me to take a seat. “I am an open book,” he says. And the ice is shattered.

I exhale, slip out of interview mode and surrender to conversation. “I must be honest,” I say, “I’ve read so much about you over the years. I’d like to know ... who is Muhsin? Beyond the figure that the media has constructed?” He laughs, asking if I’d like to get into his personal life. I nod a yes.

After a moment’s reflection, he responds: “I think, these days, my relationship with my family and my three-year-old son has occupied a lot of my social space. I’ve been training him how to swim since the day he came out of the womb. We often go to the gym to swim. And I’m really excited because, two weeks from now, I’m going on a camp with him. And I’m not taking my laptop and I’m not doing anything else besides spending time with him.”

Hendricks sits back, reflective. “Before I became an imam, I was actually a fashion designer. I used to do wedding dresses up in Johannesburg and matric-ball dresses. I started out sewing Salaah pants for Tabligis [prayer pants for a Muslim society that spreads faith].” We both laugh. “Then I did a course on pattern grading and became a fashion designer. I had my own business up there. But I knew it wasn’t my calling, so I did it only for six years... Other than that, I love Bollywood. I love the colour. I love the culture. My husband is Hindu. So, in our spare time, we watch Bollywood movies or go to Bollywood shows. When I get a moment to myself, I like to be in nature.” Family person. Fashion lover. Arts and culture lover. Nature lover. Despite the distance I was expecting to feel, I had soon begun to see how much we had in common.

Hendricks had been a well-known Islamic scholar and teacher in Cape Town prior to coming out. “When I was an imam ... I think that was a crucial period for me to build a reputation with my community. By then, everybody knew me, my personality and so on ... I was rated as one of the best Arabic teachers at Claremont Main Road Mosque. Suddenly, when I came out, I was reduced to nothing. I remember when I came out it was in the Weekend Argus. When I went to school the next day, I was dragged into the office. They pulled me aside and said, ‘How! Why didn’t you tell us you were gay?’ I said, ‘Well, none of you told me that you were straight. I didn’t think I owed it to you to tell you that.’ They were worried that parents would take their children out of the school. I said, ‘Well, I’m still the same good teacher that I was before I came out.’”

In recent years, the community has developed a love-hate relationship towards him. “One Friday, we didn’t have Jummah [the important Friday prayer] at The Inner Circle as I was out of town. One of the members of our mosque went down the road and the Khutba [a lecture prior to Friday prayers] was about me. The imam said something like, ‘Yeah, we can’t do anything with that imam because at least he’s doing the work that most of us don’t want to do.’ So, it’s kinda like, let him do his thing because at least he’s keeping people Muslim and he’s opened up a mosque for broken wings. However, after trying to engage and inviting them to be a part of my workshop on Islam and sexual orientation, or come to the retreat, I receive no response from them. Love-hate. What can I say?”

Queer east African environmental feminist Araweelo (not her real name) says that she believes Islam and queerness are compatible. “One of Islam’s strongest lessons is to be true to yourself and to live a life of honesty. To not be accepting of both into your life would be to live a life of dishonesty.”

I, too, believe that whether we are hated or loved, we have an obligation towards ourselves to live authentically.

To live authentically, says Araweelo, lesbian, gay, bisexual, trans and/or intersex (LGBTI) people often undergo processes of humiliation and dehumanisation from people who do not understand this authenticity.

For living authentically doesn’t necessarily mean “coming out”. It means simply being. “Neither side of my family is aware of my queerness, as Kenya is not accepting of such an identity. Homosexuality is illegal in Kenya,” explains Araweelo. “Being queer and Muslim would often involve being ostracised from your family and may lead to abandonment, sometimes even death.” South African queers experience abandonment and death in some circumstances. However, we cannot deny how much more freely we can express ourselves in comparison with many others on the continent.

Imaan Latif, also known as Sovereign Shakti, is a Johannesburg-based queer Kundalini teacher trainee, Islamic political activist, sports scientist, Sunni Muslimah and conceptual artist. As we chat, Imaan tells of her family’s response towards her sexual identity. “My family is violent and antagonistic towards me for living and being my true self, because they are antagonistic and violent towards their own true selves. That’s not to say that I question their belief and values, but rather that they have to conscientise themselves towards truth and deconstruct their own repressions and oppressive orthodoxies. I believe this is the problem with cultural cocoons; they breed cycles of toxicity. And self-awareness requires questioning, understanding and comparison, for growth.”

The art of humanising ourselves

The image of a semi-naked queer body on this page is a collaboration between Lerato Dumsa’s photography and Imaan’s creative direction, and is part of an ongoing body of work. “This piece is based on my voice as a queer person and as a person of faith, within the faith of Islam,” says Imaan. “It goes deep into my processing of my embodied practice.” She explains that she is working on her own thesis of embodied practice. “It’s a lifelong deconstruction, reconstruction, reinvention of the body in itself.” The body of work weaves together various art forms, writing, photography and video installation among them.

Sure to raise a conservative eyebrow, one of the decolonial tools that Sovereign Shakti makes use of is “autonomous propaganda”. “For me, autonomous propaganda is towards deconstructing indoctrinations and ideologies. The brainwash. The whitewash. Western propaganda and white patriarchy.” She explains that it is through the cloaking of people’s identities that authenticity and one’s true self can often get lost. Artistic and intellectual engagement, for her, can be seen as the unveiling of her authentic self.

The Quran is not homophobic

Back in the modest mosque in Wynberg, Hendricks explains that the Islamic holy book, the Quran, is not fixated on sexuality. In fact, it is society’s fascination that tries to draw out queer antagonistic interpretations. He explains that the nation of Islam, the Ummah, is not homogenous. “Ummah in terms of some of the conversations the Prophet – sallallahu alayhi wa salam [peace be upon him] – had when he said he was praying for his Ummah ... It would be everybody who believes after him. Whether they are Muslim-identified or people from the book. My concept of Ummah means people who are Allah-conscious and people who strive towards peace and justice, which is the essence of Islam. For me that’s Ummah. Whether they’re white or black or straight or gay, if that intention is there, they are pretty much Ummah.”

The Inner Circle was formulated as a social support group for queer Muslims discriminated against on the grounds of their sexual orientation and/or gender identity.

Hendricks, founding member of the organisation, frequently refers to The Inner Circle as a gathering space for the “broken wings” of society.

Discrimination based on sexual orientation and gender identity is often the most violent in our own homes and “safe spaces” within our communities. It goes beyond physical violence alone, extending to acts of emotional, psychological, ideological and spiritual violence, to name a few.

Everyone that is antagonistic towards queer people is directly implicated in some act of violence. The “broken wings” come from different intersections of life, bringing an array of people to prayer, such as queer and trans people, heterosexuals, sex workers and even mothers coming in to support their children.

Their message is clear: No matter how many times they try to dehumanise you, know that there are other humans like you, searching, reading, creating art and trying to elevate. Not only do we cry together, we also pray together, and collectively try to heal together.

This series on LGBTI life in Africa is made possible through a partnership with The Other Foundation. To learn more about its work, visit theotherfoundation.org