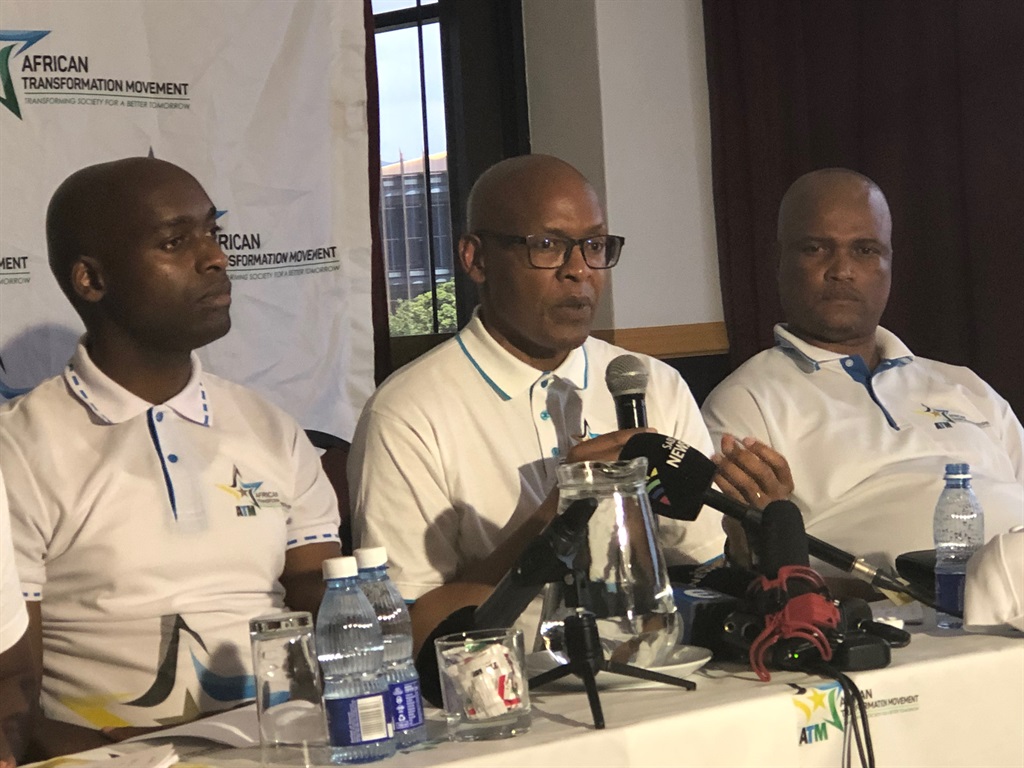 The ANC is fatigued, captured and has overstayed its welcome. Under its leadership black executives have met their demise while the media has lost its diversity.

These were the sentiments expressed by Mzwanele Manyi who on Wednesday announced that he would be joining the African Transformation Movement (ATM) as one of the party’s national executive members leading up to this year’s elections.

The announcement came just days after Manyi revealed on Twitter that he would be leaving the ANC which has been his “political home for 30 years”.

Manyi – whose résumé includes being the post-Gupta owner of The New Age and ANN7, heading the Government Communication Information System, Black Management Forum president, Progressive Professionals Forum president among others – explained that he had been motivated to leave the ANC because under the party’s leadership transformation gains made since democracy were now being undone.

“In fact transformation is not only in reverse gear but has made a complete U-turn and is driving backwards under the ANC’s leadership,” said Manyi.

He was particularly disheartened by the ANC last year since under its watch numerous black executives had fallen victim of the party’s “guise of a clean-up campaign”.

He said in wanting to “be seen as transforming” and cleaning out the rot in state-owned entities, President Cyril Ramaphosa’s new dawn had targeted black executives as a scapegoat.

“SOEs have become a slaughter house for black executives under the guise of cleaning up. For example, Denel could not find a black chief executive, Transnet purged a high performing chief executive Siyabonga Gama and Eskom has turned on its black CEO [Phakamani Hadebe],” said Manyi who has been in the corporate sector for 30 years.

He said he was also disheartened by the manner in which the ANC’s leadership had watered down radical economic transformation policies which were arrived at during the party’s 54th elective conference.

“Expectations were raised that finally the ANC would reinvent itself as the leader of society but instead after the conference when the party’s leadership was announcing the resolutions taken there was a distortion of resolutions,” he said.

Manyi singled out the land expropriation issue, saying the ANC had a strong stance on the fact that “this was the way to go”.

However when it was delivering the resolutions after its conference, the leadership watered down the party’s policy position and instead chose to say “this was among one of many ways through which the party resolved to fast track land redistribution in the country”.

He added that he was disappointed by the fact that “MultiChoice bullied ANN7” and forced it off air leading to “a lack of diversity in media” under the ANC’s watch – and the ruling party did nothing to intervene.

The ANC previously intervened when the four major banks froze Gupta funds saying “it felt that a black owned company was being mistreated”.

However, Ramaphosa’s administration did not intervene when MultiChoice was seen as strong-arming ANN7.

Manyi said the ruling party had lost its “legitimacy”.

But he took the opportuity to apologise to the more than 500 employees who lost their jobs when ANN7 shut its doors.

According to Manyi, the ANC’s failure to act decisively on matters that affected the majority of South Africa’s poor, meant that it needed to allow newer and younger political parties like the ATM to take over as the ruling party was now “tired, fatigued, old and captured”.

ATM president Vuyolwethu Zungula welcomed Manyi into the party’s ranks and announced that he would be an NEC member in charge of the party’s policy and strategy division.

He said as far as the ATM knew, Manyi joining his party brings no baggage.

“He has not been found guilty of any wrongdoing. The ANC has an integrity commission and in the 30 years he has been in the party he was not once asked to appear before it hence we have no reservations in accepting him with open arms,” said Zungula.

The party’s national chairperson and spokesperson Mandisa Mashiya revealed that the party was registered and will be contesting the upcoming elections “with the intention of winning and governing”.

The party’s policy positions include reforming legislation and bringing back the death penalty, as well as decolonising the economy.

The ATM is strongly associated with a number of local churches, which together have millions of followers.

We live in a world where facts and fiction get blurred
In times of uncertainty you need journalism you can trust. For only R75 per month, you have access to a world of in-depth analyses, investigative journalism, top opinions and a range of features. Journalism strengthens democracy. Invest in the future today.
Subscribe to News24
Related Links
State capture: Manyi’s tantrums, calls for ‘less hostile’ cross-examination
Progressive Forum distances itself from Jimmy Manyi
Stretching himself too thin. That’s why Manyi quit Black Business Council
Next on City Press
Government responds to EFF demand to be allowed political gatherings

Read more on:
mzwanele manyiguptasatmelections 2019anctransformation
Podcasts
Podcast | How to select the right exchange traded funds in this crazy market