Nathi Mthethwa dragged into spat between languages board and workers 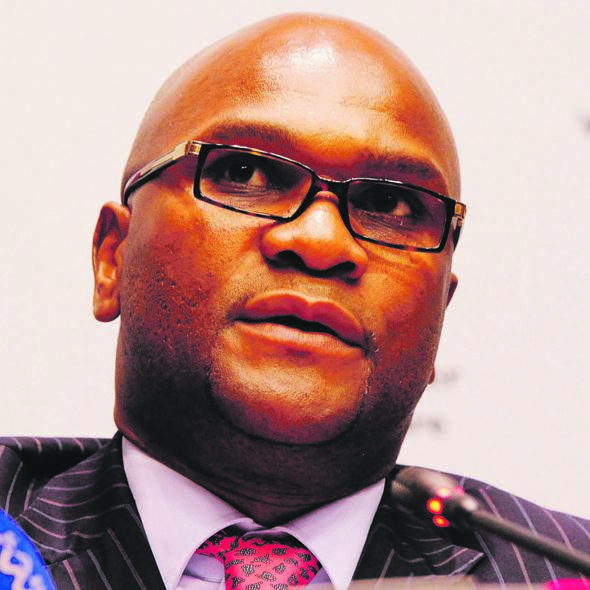 Arts and Culture Minister Nathi Mthethwa has been dragged into a messy spat between workers and the board of the Pan South African Languages Board (PanSALB).

City Press understands that the row over allegations of poor governance at PanSALB has also been brought to the attention of the office of President Cyril Ramaphosa and Speaker of Parliament Thandi Modise.

The role of PanSALB includes promoting and creating conditions for the development and use of languages, including those that are commonly used in smaller communities.

The group of concerned PanSALB workers, whose names are known to City Press, wrote to Ramaphosa’s office last month and to Modise in November last year.

According to a memorandum submitted to Ramaphosa’s office, workers claimed that they were being targeted, allegedly through trumped-up charges, by the current board, led by David Maahlamela, who was appointed as acting chief executive officer (CEO) by his board in October last year.

The workers alleged that, in essence, Maahlamela had appointed himself.

He took up the post after former PanSALB CEO Rakwena Monareng resigned following a recommendation by Gobodo Forensic and Investigative Accounting in 2018 that he be disciplined. Gobodo investigators were brought in by Mthethwa’s department to probe allegations against Monareng, which included that workers were irregularly paid more than they should have earned and that some senior managers were appointed to posts despite not having requisite skills.

The findings of the Gobodo report are allegedly being used to charge workers.

In the memorandum, workers claimed that Maahlamela and his board were Mthethwa’s lapdogs and that the board had “gone rogue, apparently acting on the instructions of the minister. They decided to play politics [instead of] executing their mandate. A hit list has been compiled and it’s being executed with disregard of all statutes of this beautiful country.”

The reason for their persecution, they alleged, was that Maahlamela and his board perceived them as supporters of the previous board, which Mthethwa disbanded in 2016.

But Mthethwa’s spokesperson, Asanda Magaqa, dismissed allegations against the minister.

“That’s all speculation. There is no evidence to support these claims or allegations. The board is exercising its fiduciary duties,” Magaqa said.

Preetha Dabideen, acting chairperson of the board, said questions sent to PanSALB, which were based on what was contained in the submission to Ramaphosa’s office and Modise, were similar, if not identical, to the issues raised by one employee currently undergoing a disciplinary hearing.

“The board has adequately, in internal processes, exhausted the questions posed by City Press. It is therefore not necessary to respond to City Press questions as the board will not run an internal disciplinary process in the media,” Dabideen said.

. Investigate or institute an inquiry into how the board was appointed by Mthethwa and has since performed; and

. Ensure that Mthethwa “understands his role towards PanSALB and not use it for his own benefit.

In their submission to Modise, workers asked:
. That the speaker investigate the board for allegedly instituting disciplinary cases against workers based on trumped-up charges to settle political scores;

. That their cases be put on hold pending the outcome of that probe; and

. That she make public the Gobodo report and another report which they claim were being used to target them.

Ramaphosa’s office had not responded to questions at the time of writing.

In a statement, Parliament’s arts and culture committee secretariat said: “PanSALB is an entity of the department, but also PanSALB has governance structures that are capable to deal with these matters. The committee is not aware that these have failed ... If there is a need the committee will be briefed by the department and PanSALB on the matter. For future purposes, the committee has its programme and deals with matters that are tabled officially.”

On Maahlamela’s appointment as CEO, Dabideen said the board unanimously resolved to appoint him while the recruitment process for the position was being finalised.

“The recruitment is at an advanced stage, as interviews have been concluded. The board, in particular Maahlamela, notes with grave reservation the serious allegations of impropriety made against him, and both the board and Maahlamela reserve their rights fully in this regard,” Dabideen said.

Magaqa said it was incorrect to allege that Maahlamela appointed himself as acting CEO.

“It is not correct to state that by acting [as CEO] the chairperson is in contravention of the Public Finance Management Act. On receipt of the complaints about the chairperson acting as CEO, the minister advised that, in terms of good governance, the board consider requesting one of the CEOs of the department’s entities act as a caretaker CEO for PanSALB until the post is filled. The board engaged the council of Ditsong Museums, which agreed to deploy a CEO temporarily to PanSALB. Both entities are in the process of finalising the terms of the engagements,” Magaqa said.

We live in a world where facts and fiction get blurred
In times of uncertainty you need journalism you can trust. For 14 free days, you can have access to a world of in-depth analyses, investigative journalism, top opinions and a range of features. Journalism strengthens democracy. Invest in the future today. Thereafter you will be billed R75 per month. You can cancel anytime and if you cancel within 14 days you won't be billed.
Subscribe to News24
Related Links
Colonialism’s ugly stamp: Linguistic and cultural genocide
Land expropriation without compensation officially word (phrase) of the year
Is Thuma Mina your phrase of the year? Or is it Commission of Inquiry?
Next on City Press
Watch | Joburg’s Kaserne building implodes, temporary accommodation erected