The African Transformation Movement (ATM) has cited President Cyril Ramaphosa’s failure to disclose to Parliament that he benefited financially from his CR17 ANC presidential campaign, as well as alleged payments to opposition party members, as two of the reasons it was tabling a motion of no confidence against him.

ATM president Vuyolwethu Zungula was speaking at a media briefing held at The Maslow Hotel Sandton in Johannesburg on Thursday.

The party this week wrote to National Assembly Speaker Thandi Modise and indicated its wish to table the motion of no confidence.

The office of the speaker acknowledged receipt of the motion and responded to the ATM, saying it would be processed accordingly.

Zungula said is was concerning that “we have a president who is always lip-syncing about transparency and yet turned around and sought a court interdict to prevent South Africans from knowing about his transactions for his CR17 campaign”.

“Ramaphosa’s campaign transactions are actually withheld from the public and this clearly shows there is something to hide.”

He added that this hiding of crucial information by the president was “dangerous to our democracy”.

Zungula elaborated that the biggest danger came in the form of allegations that Ramaphosa’s campaign had opposition party members on its payroll.

RT @JKwritingz: “We are acting in the best interest of South Africans in tabling this motion in parliament,” says Zungula pic.twitter.com/q9cFkHwkGf

Former EFF MPs Tebogo Mokwele and Nkagisang Mokgosi resigned from the party’s central command team and Parliament in August after they admitted to each receiving R80 000 from accounts linked to Ramaphosa’s presidential campaign.

Zungula said this was a travesty to the country’s young democracy as “the role of opposition parties, which is to keep the executive accountable, is in jeopardy”.

He lamented that, under Ramaphosa’s leadership, the country “has no captain, the ship is sinking. Enough is enough.”

Zungula said the ATM had initially decided to give the president the benefit of the doubt and afford him time to turn the country’s fortunes around.

However, “the new dawn that was promised has, in fact, become a nightmare for virtually all the citizens of South Africa”.

“Since President Ramaphosa took the reins, corruption levels in the country are on an exponential growth path, with irregular expenditure peaking at R60 billion in the 2018/19 financial year.” 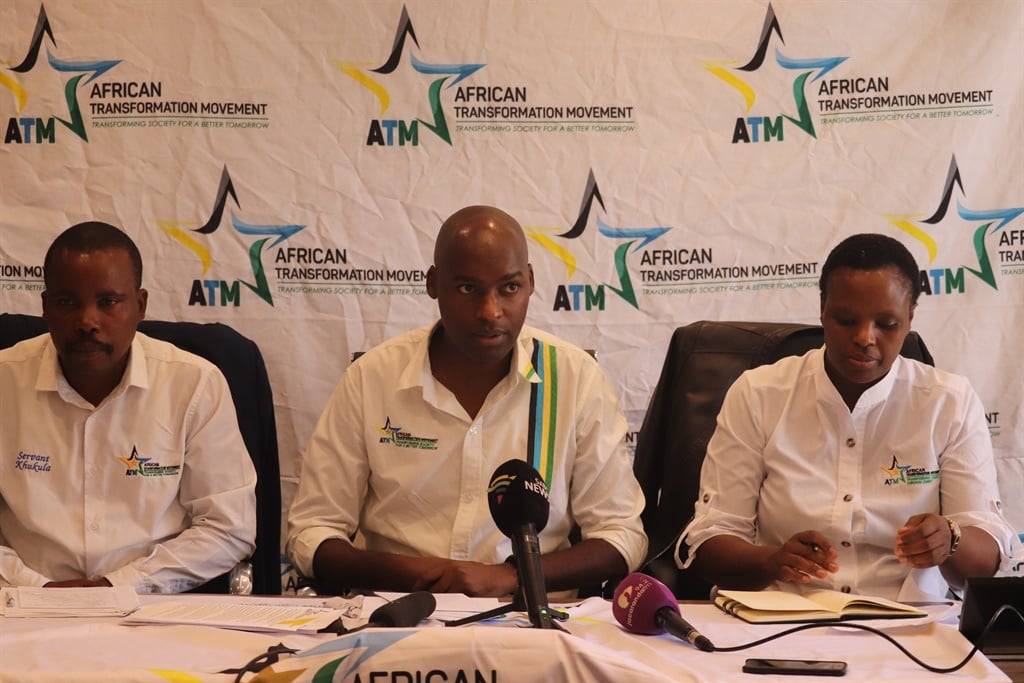 Another concern raised by the ATM was Ramaphosa’s failure to disclose to Parliament a R500 000 donation to his presidential campaign by the late Gavin Watson’s company Bosasa.

Zungula also accused Ramaphosa of lying to the nation last year when he said there would be no load shedding until January 13 this year.

He also alluded to the president’s “failure to act against the minister of public enterprises and the Eskom board for misleading him on the load shedding programme”.

The party said it would engage in talks with other opposition parties in an attempt to get them to support their motion.

They also called on all MPs, including those in the governing party, to put the interests of South Africans first.

We live in a world where facts and fiction get blurred
In times of uncertainty you need journalism you can trust. For only R75 per month, you have access to a world of in-depth analyses, investigative journalism, top opinions and a range of features. Journalism strengthens democracy. Invest in the future today.
Subscribe to News24
Related Links
ATM leader Zungula supports Magashule’s defamation claim
Ace Magashule’s hand in ATM
ATM leader ‘gatvol’ about ‘ludicrous’, unrelenting links to ANC leaders
Next on City Press
Potholes, sewage and loitering youth: Tshwane residents demand better basic service delivery from coalitions