The ANC Women’s League held a memorial service for the late Edna Molewa, minister of Water and Environmental Affairs, in Lwandle on Sunday. Picture: Velani Ludidi

While others in the governing party said the decision was influenced by factionalism, the ANCWL claimed the affected deployees were recalled because they had refused to give in to underhand demands related to tenders by some IPC members.

There’s more to this story
Subscribe to News24 and get access to our exclusive journalism and features today.
Subscribe
Already a subscriber? Sign in
Next on City Press
World Aids Day | A good year for PrEP, bad for sustained ARV treatment 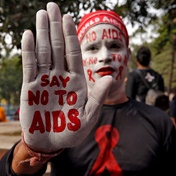 Choose a newsletter
Voting Booth
Former president Jacob Zuma's legal team has given the chairperson of the commission of inquiry into state capture, Deputy Chief Justice Raymond Zondo, an ultimatum. Either he recuse himself or Zuma will either prolong proceedings or exercise his right to remain silent
Please select an option Oops! Something went wrong, please try again later.
Zuma is undermining Zondo
62% - 772 votes
Zuma is within his rights
9% - 112 votes
Zondo has done a good job
29% - 363 votes
Previous Results
You and your credit
Sponsored | Can you pass a credit test?