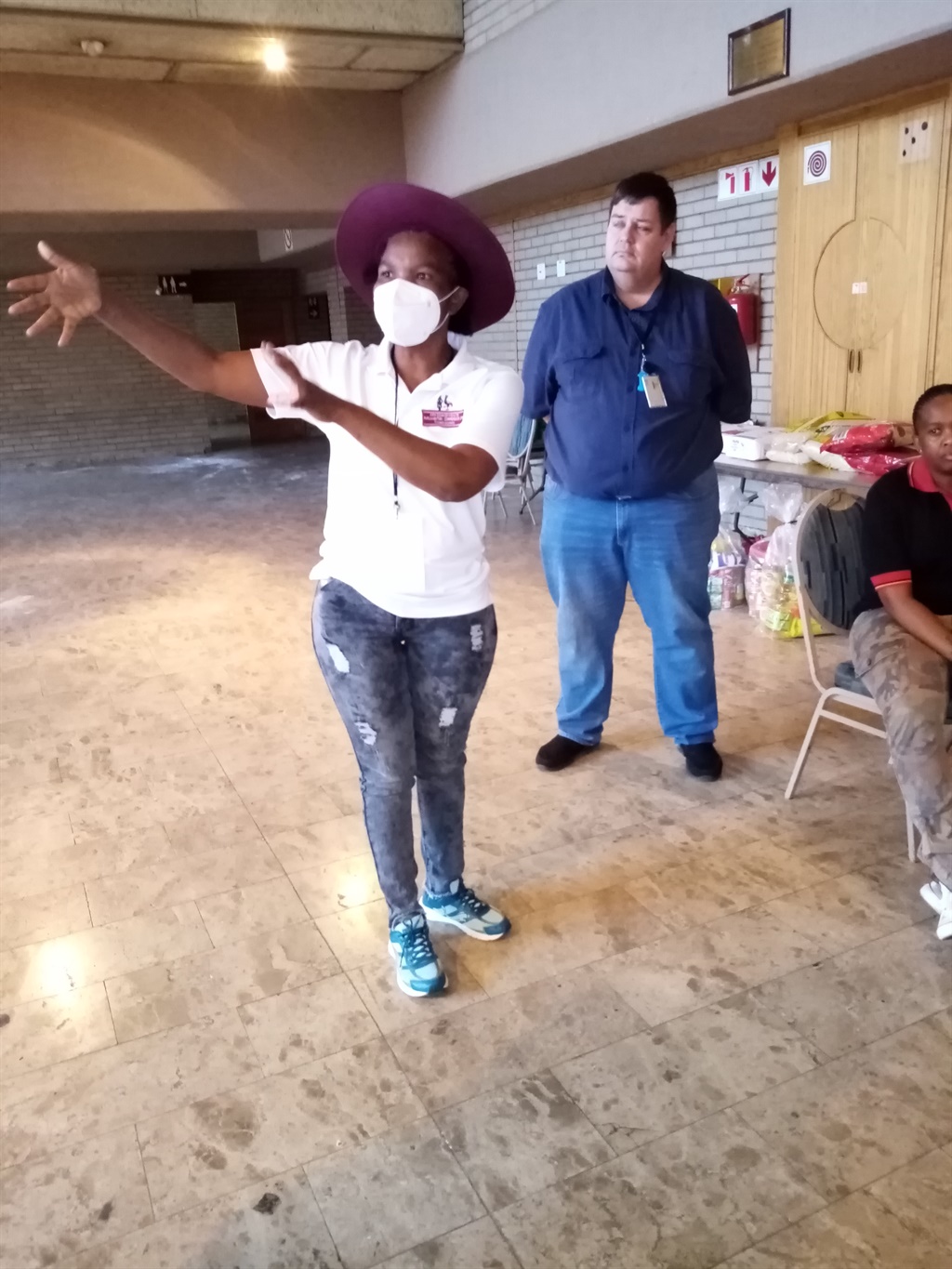 The North West Legislature’s portfolio committee on health and social development on Wednesday paid a surprise visit to Potchefstroom to see first-hand how the Covid-19 coronavirus relief food parcels were being handled.

This followed claims that the food parcels had been stored at a municipal hall for weeks while the vulnerable locals went hungry.

Allegations abound that some government officials were seen distributing food parcels to their relatives.

The committee also heard allegations that social development MEC Boitumelo Moiloa was meant to be present for a photo opportunity when the food was handed out but her absence had caused the delays.

But by the time committee members arrived at the Banquet Hall in Potchefstroom the place was already packed.

Vehicles fully loaded with the food parcels were making deliveries.

A few vehicles had branded government stickers, but most were private cars.

Thabo Kgobe, the provincial social development district director, denied that there was selective distribution of food.

He also dismissed claims that Moiloa was causing the delays.

Kgobe said the distribution had been slow because of lack of transport.

He said social workers also distributed some food parcels using their own cars. Some of the food parcels found at Banquet Hall. Picture: Mohanoe Khiba/Daily Sun

“We started delivering before the end of last month,” he said.

“As I speak now the disaster department at the Dr Kenneth Kaunda District Municipality has provided assistance with transport. We are still working with councillors with their lists too, but we also go back to those listed families to assess.”

Portfolio committee chairperson Priscilla Williams said she had received information that residents with a DStv dish were not considered for relief.

But the department should make proper assessments before excluding anyone from the supply, she said.

Earlier this week, in a social media video Williams said the committee was concerned about how the department was distributing the food parcels in the province, how the beneficiaries were identified and the procurement process followed.

I am hoping the MEC and the department will just do what is correct to make sure that our people are staying safe, provided with food and are being taken care of.
Priscilla Williams

She said there were claims that Moiloa’s friends and relatives were in charge of distributing the food, adding that the committee had requested a report from the department but it had not been forthcoming.

Moiloa had not responded to questions at the time of publishing.

Williams also said that the systems put in place to identify beneficiaries were limiting “because we are using the ‘business as usual’ approach when the current crisis dictates otherwise”.

“I am hoping the MEC and the department will just do what is correct to make sure that our people are staying safe, provided with food and are being taken care of by our government as it is a caring government,” she said in the video.

Contacted for clarity on Tuesday, Williams said she had been instructed not to talk to the media on the issue.

Former social development MEC Hoffman Galeng, who had been named as one of the people contracted to distribute the food parcels, on Tuesday dismissed the allegation, saying that he was not going to entertain “rumourmongers”.