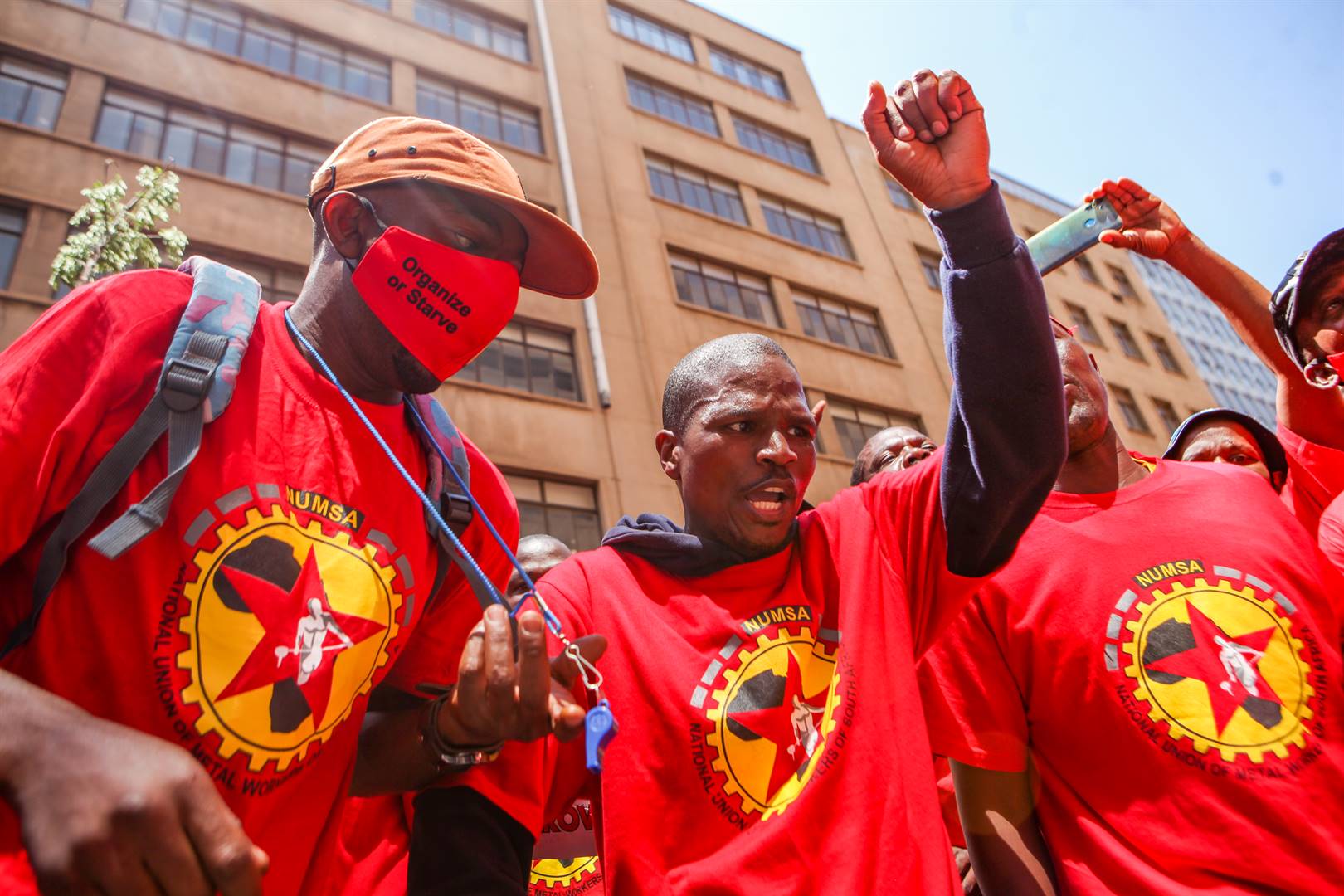 Numsa is taking part in the litigation to compel the president, national government, minister of mineral resources and energy, Gwede Mantashe, Eskom board, and the National Energy Regulator of SA to account for load shedding. Photo: Archive

The National Union of Metalworkers of SA (Numsa) is the latest to join the court action against government's failure to provide electricity. The union recently filed urgent court papers at the North Gauteng High Court to stop rolling blackouts, which are crippling the country's economy.

Numsa, which is the largest trade union in the country, is taking part in the litigation to compel the president, national government, the minister of mineral resources and energy, Gwede Mantashe, the Eskom board, and the National Energy Regulator of SA (Nersa) to account for its inability to keep the lights on.

“The ANC-led government is not moving swiftly and decisively to stop the destructive rolling blackouts that are sabotaging the economy and our people. Load shedding is destroying jobs and the livelihoods of our people and it is killing patients in hospitals,” said Numsa in a statement.

Numsa slammed Eskom’s response to load shedding. During a press briefing at the weekend, the power utility said it would reduce load shedding to stage 2 or three for the next two years, while it attended to the power generation issues.

“We condemn the board, the Eskom executive management and the shareholder, which is the ANC government for this mediocre response to an economic catastrophe.  In January 2018, we had excess power. But as we sit today, this government has destroyed Eskom to the extent where it cannot even keep the lights on for 24 hours,” the statement added.

Numsa also intends to mobilise a rolling mass action to defend the country's energy sovereignty, and defend jobs and the economy.

“We need to remind this government that ultimately, the power is in the hands of the working-class majority. We are hoping that the case will be heard on February 28.”

Part of the demands of the application is to seek an urgent order from the court on the following:

Last week, the DA filed an urgent court interdict to stop the implementation of the 18.65% electricity tariff increase approved by the energy regulator.