One year after ‘free education’, missing middle students thrown to the wolves 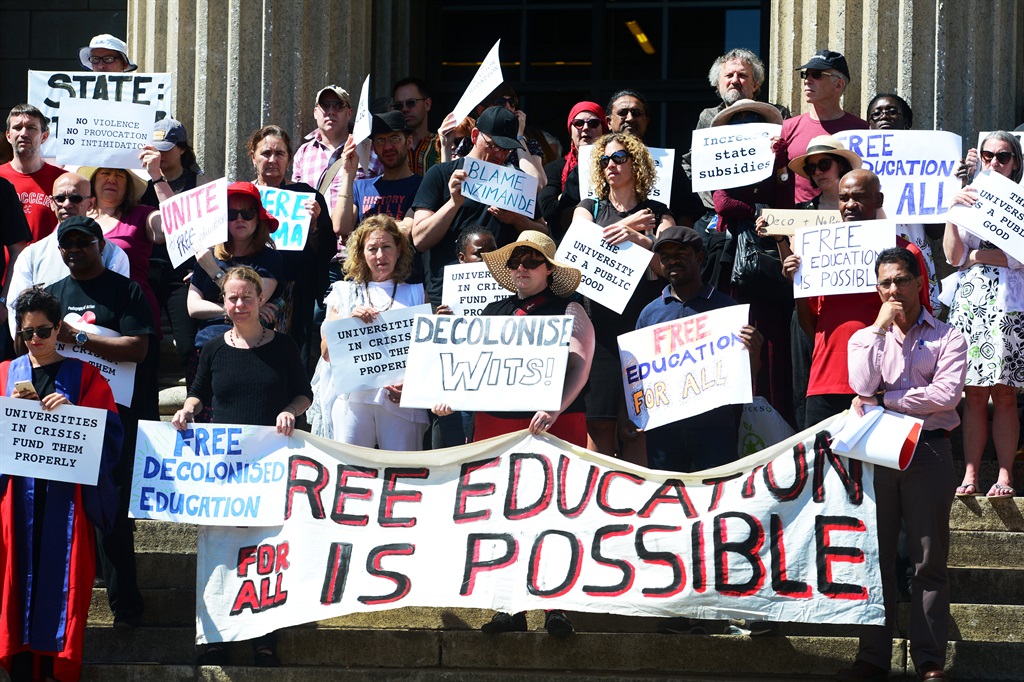 Academics protest on the steps of Wits University in support of students who are against university Fees. Picture: Leon Sadiki/City Press

Government has left universities and middle-class students out in the cold by doing an abrupt about-turn on affordable tuition.

Exactly a year ago today, former president Jacob Zuma announced free education for people with a household income less than R350 000, in spite of the recommendations of a commission of inquiry to the contrary.

He went ahead, however, and announced a subsidy for middle-class students with an annual family income of between R350 000 and R600 000.

These students this year saw no increases in their tuition and universities were able to claim the increase from government.

But universities this week told City Press’ sister publication Rapport that the subsidy is being “phased out” and new students from the middle class will have to pay considerably more from next year.

The middle-class students who are still paying tuition at last year’s levels will also have to start paying increased fees, but based on their tuition for last year.

In practical terms, this means a course that cost R50 000 this year only cost a middle-class student R46 296, while government paid the difference.

Minister of Higher Education Naledi Pandor this week recommended that the increase be capped at just 5.3%, despite the fact that many universities had already finalised their budgets based on expected increases of as much as 8%.

Pandor’s spokesperson Lunga Ngqengelele on Friday told Rapport that the minister had discussed requests related to restricted increases with universities and would make an official announcement after receiving feedback from universities.

Ngqengelele denies that Zuma ever promised to freeze increases for middle-class students on a permanent basis.

“All students who are part of the group that benefitted from this year’s subsidy, [some of whom are still paying 2015 tariffs], will continue to pay discounted fees until they leave the system.”

But new middle-class students will be on their own.

North-West University (NWU) director of finance Elmarie de Beer said the phasing out of the middle-class subsidy was causing difficulties.

“The department of higher education and training is now walking away from it and universities have to make sure that students still get their discount. Our systems now have to make provisions for that.”

NWU faces the challenge of having to make urgent plans to make do with a 5.3% increase after it finalised its budget based on an 8% fee increase.

According to the University of the Free State’s fees brochure for next year, the institution had expected an increase of 6.3%.

Rikus Delport, spokesperson for the University of Pretoria, said the 5.3% increase was hopelessly insufficient.

“The [restricted] increase will have an effect on the [university] because expenses like municipal tariffs and maintenance of buildings are increasing by more than the proposed [tuition] increases.”

Martin Viljoen, spokesperson for Stellenbosch University, said Stellenbosch decided on a 7% increase ahead of Pandor’s intervention. He also said the university had already agreed to a 6.3% salary increase for its personnel.

Ngqengelele said the subsidies were dramatically increased recently to compensate for the fact that the overwhelming majority of the students paid no tution or paid reduced tuition.

“In 2018/19 the block subsidy increased by 14.6%. It will increase by another 19.5% next year. The goal is to ensure that current students are adequately funded and that tuition remains at an acceptable level.”

“It’s because we feel the increases will be a waste of money. Where we would have been able to help 10 National Student Financial Aid Scheme students, we will now only be able to help nine. That is wasting money,” he said.

“By [next month] we will be ready to make sure that all students who want to study and who qualify, will be helped.”

We live in a world where facts and fiction get blurred
In times of uncertainty you need journalism you can trust. For only R75 per month, you have access to a world of in-depth analyses, investigative journalism, top opinions and a range of features. Journalism strengthens democracy. Invest in the future today.
Subscribe to News24
Related Links
Happy ending for student who begged for fees
Mental health, fees, trauma. Why SA’s students commit suicide
Bursary scheme fails students
Next on City Press
Transnet executive Laher tells Zondo commission he did not inflate tender prices 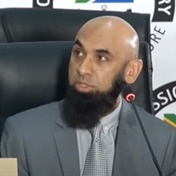 Read more on:
fees must falluniversity fees
Podcasts
Podcast | How to pay off your home and car