Only 3% of SA will get vaccine under Covax deal 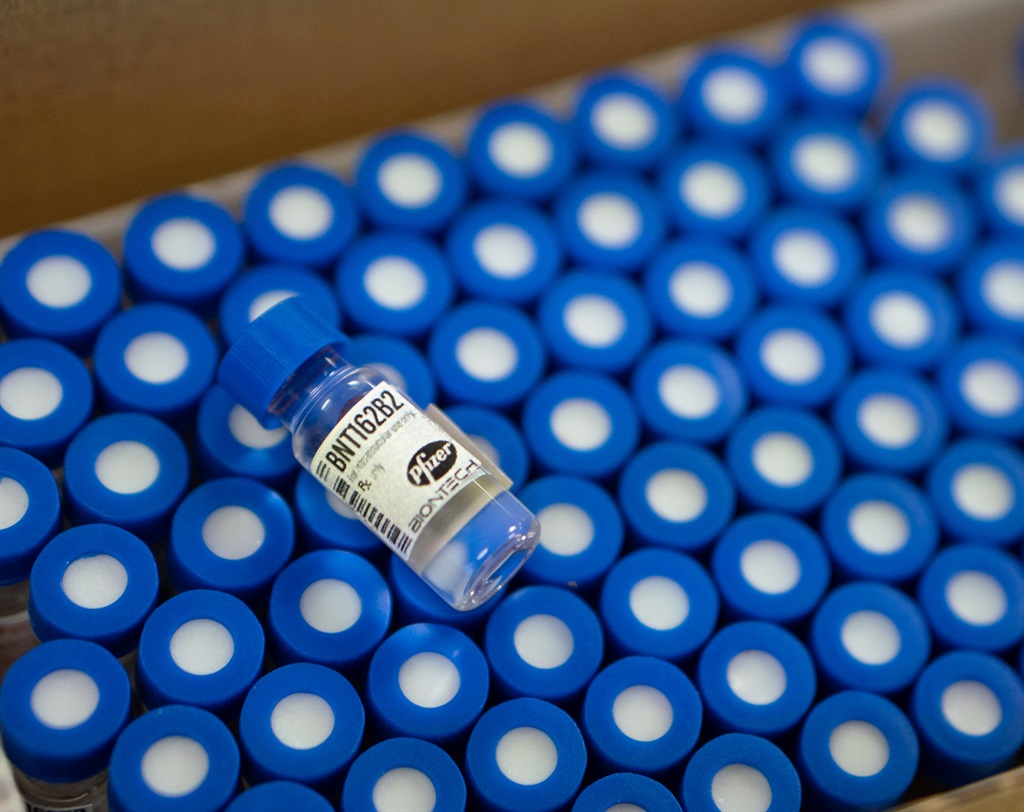 South Africans are set for the worst festive season in years after the emergence of a new Covid-19 variant believed to be more infectious than the first one, as well as the disclosure that the first consignment of Covax vaccines will only be enough to protect about 3% of the population against the virus.

An estimated 60% to 70% of the population must obtain immunity naturally or through vaccines to stop the transmission of the Covid-19 coronavirus.

Deputy director-general of health Dr Anban Pillay said in a webinar on health, held by fund administrator AfroCentric, that it looked as if each of the approximately 190 Covax countries would receive enough vaccines in the first half of next year to cover 3% of their populations.

President Cyril Ramaphosa had earlier expressed the hope that enough Covax vaccines would reach South Africa by the second quarter of next year to vaccinate 10% of the population of approximately 58 million.

CELE: ‘WE WANT TO SAVE LIVES’

Amid concerns about complacency regarding the spread of the virus, the SA Police Service has been roped in to enforce compliance with Covid-19 protocols, such as observing the curfew and not attending big parties and mass gatherings.

I’ve told the police that they should serve, protect and prevent crime. This was their role before Covid-19 and will remain their constitutional mandate.
Police Minister Bheki Cele

Police Minister Bheki Cele told City Press that he had instructed officers to take a softer approach when dealing with people violating the regulations, but warned that those who refused to cooperate would face the full force of the law.

Cele said the aim was purely to save lives.

“Our aim is not to criminalise anyone, but rules have to be followed … once the president makes an announcement regarding preventive measures, it’s the work of the police to enforce the regulations and ensure that the rules are adhered to,” he said.

Cele, who has been criss-crossing the country as part of the police’s Operation Grip-Tight, said they had identified Gauteng, the Western Cape, KwaZulu-Natal and the Eastern Cape as hotspots for crime and the spread of Covid-19.

Cele said that, while the police were under added pressure to enforce the Covid-19 regulations, the focus also remained on fighting crime in the country.

“I’ve told the police that they should serve, protect and prevent crime. This was their role before Covid-19 and will remain their constitutional mandate,” he said.

Health department spokesperson Popo Maja told City Press’ sister paper Rapport that frontline workers in both the state and private sectors would be first in line for the vaccine.

Covax is an international group of countries led by, among other bodies, the World Health Organisation, which negotiates to get vaccine supplies for all countries, including the poorest.

The organisation announced on Friday that agreements had been reached to obtain at least 2 billion doses of Covax vaccine for next year.

Read | Mark of the beast: A perilous vaccine delusion foretold

Meanwhile, the South African government has again come under heavy criticism in the past week because the country missed the deadline of December 15 to pay a deposit for Covax.

The Solidarity Fund has undertaken to pay the approximately R300 million, but Treasury has said nothing about where the next payment of R1.7 billion will come from.

South Africa, as a middle-income country, does not qualify for subsidised membership, like the approximately 90 poor Covax countries.

This has led to a slanging match on Twitter, where Finance Minister Tito Mboweni criticised the DA, which had accused government of dragging its feet in the acquisition of a vaccine.

Health Minister Zweli Mkhize said at an information session on Friday night that South Africa had already signed its Covax guarantees and the money would be in Covax’s account within days. The delay, he said, was due to administrative issues.

Pillay said South Africa needed clarification on issues such as whether the country could be forced by Covax to accept a vaccine that was not suitable for local conditions.

There’s no reason to believe that the vaccines currently being developed won’t work against the new strain.
Health Minister Zweli Mkhize

An example was the Pfizer vaccine, which needed to be stored at -70°C.

In addition, government wanted to ensure that there was an option to withdraw, should they be able to obtain a vaccine themselves for at least 10% less than the unit price of a Covax vaccine.

Covax is not the only way to obtain vaccines, with several rich and middle-income countries already having ordered 10.1 billion doses directly from manufacturers.

Canada, for example, has already ordered enough different vaccines to cover its population five times, while the US and UK could vaccinate each citizen four times, according to a report by the Duke Global Health Innovation Centre.

“With limited purchasing power, middle-income countries use other strategies to get vaccines early. Countries that can produce vaccines, such as India and Brazil, have ensured that some of these vaccines remain in their countries as part of the manufacturing agreements,” the Duke report states.

“Countries like Peru, which cannot develop or manufacture vaccines, have allowed clinical trials with in-house vaccines, provided they are allowed to buy some of the drugs.”

Four of the initial vaccines, including those of Johnson & Johnson, AstraZeneca and Novavax, are being tested in South Africa. This also applies to the Pfizer vaccine that is now being administered in the US and UK.

However, there is no indication whether government is negotiating to obtain local access and it is refusing to release any information about this.

Professor Shabir Madhi, vaccine specialist at Wits University and study leader for the AstraZeneca and Novavax tests in South Africa, recently said in a Mail&Guardian webinar: “Government has dropped the ball. We should have started negotiating with developers six months ago.”

“We’re not commenting on vaccines right now. The minister will make an announcement at a convenient time,” he said.

On Friday, Mkhize and advisory committee members revealed that a new variety of the Sars-CoV-2 virus was occurring in South Africa and appeared to be more contagious than previous variants.

Asked whether government was holding back on vaccine contracts because of uncertainty about whether they would be effective against the new variant, Mkhize said no.

“There’s no reason to believe that the vaccines currently being developed won’t work against the new strain, but we can monitor this, because some of the vaccines are also being tested in South Africa,” he said.

WHAT IT WILL COST YOU

This candidate vaccine could be a suitable option because it required a single dose, did not need special storage and distribution infrastructure, and was expected to cost less than $10 (R145) per dose, said Professor Glenda Gray, head of the Medical Research Council and study leader for these local vaccine tests.

The Pfizer and Moderna vaccines cost between $20 and $32 each and require two doses.

Semete said Sahpra was ready to accelerate vaccine approvals, but without compromising safety and effectiveness requirements.

Pillay said government would be the sole purchaser of vaccines and would also supply them to the private sector.

According to him, Covid-19 vaccines would be part of the prescribed minimum benefits medical funds had to pay.

Meanwhile, most local health funds indicated in the past week that they were eager to negotiate with government to obtain suitable vaccines for South Africa.

According to Craig Comrie, CEO of Profmed, medical aids had already spent billions on Covid-19-related hospitalisation and treatment.

Vaccines would hopefully keep the long-term costs of the virus under control, but medical aids would struggle to pay if the vaccine cost more than R700 per person in the long run.

Medical fund reserves would be used first for the funding, but this could drive up member contributions later.

Comrie estimated that it could initially cost about R1 200 per vaccination before prices started to fall.

Medscheme, which is administered by AfroCentric, was also studying its data to determine how many of its members were in priority groups.

It is likely that, after health workers, the elderly and those with underlying conditions will be next in line to receive the vaccine. – Additional reporting by Abram Mashego

We live in a world where facts and fiction get blurred
In times of uncertainty you need journalism you can trust. For 14 free days, you can have access to a world of in-depth analyses, investigative journalism, top opinions and a range of features. Journalism strengthens democracy. Invest in the future today. Thereafter you will be billed R75 per month. You can cancel anytime and if you cancel within 14 days you won't be billed.
Subscribe to News24
Related Links
Covid-19: What local vaccine production actually means
Covid-19: How vaccine registration will work in SA
Analysis | Experts have doubts the first Covid-19 vaccines will bring herd immunity
Next on City Press
EC nurse commits suicide after his contract was not renewed