Palestinian solidarity organisations have said that the Miss SA trademark will become complicit in human rights violations if their calls for reigning Miss SA Lalela Mswane to withdraw from the Miss Universe pageant are not heeded.

The organisations echoed the sentiments of many who have reacted with disgust over the Miss SA organisation’s refusal to withdraw and boycott the international pageant to be held in Israel in December. “We are saying to Stephanie that we are not clowns; we are not going to let that brand go and misrepresent us,” said Africa4Palestine board member Bram Hanekom.

He said their calls were not directed at Mswane, “a young, attractive woman from Kwazulu-Natal”. Instead they are intended for Weils.

Miss Stephanie is the Miss SA we are talking to. Our country has downgraded diplomatic relations with Israel. We do not have an ambassador there. How can we allow a privately owned trademark to go and misrepresent and embarrass our nation?

"That trademark becomes redundant the moment they proceed with this. That organisation does not represent us and if they fail to make the correct decisions they are falling on the sword," he said.

“I do not think anyone is trying to strong-arm her from participation. We are trying to say that if she partakes in the pageant it would be an active participation in enabling Israeli occupation in Palestinian territory. We do not want her to be complicit in crimes against humanity,” said Msomi. Palestinian solidarity organisations amplified their demands by taking their protest to the Nine Squared Communications, which controls the rights to the Miss SA trademark. Photo: Rosetta Msimango

Meanwhile, SA Human Rights Commission (SAHRC) spokesperson Gushwell Brooks said that: “The SAHRC will not comment on this matter at this stage as it falls outside our mandate. The necessary action will be taken if evidence of a human rights violation emerges.”

Another demonstrator, Muhamed Summad (28), said they are calling for Mswane to not compete on stolen land. 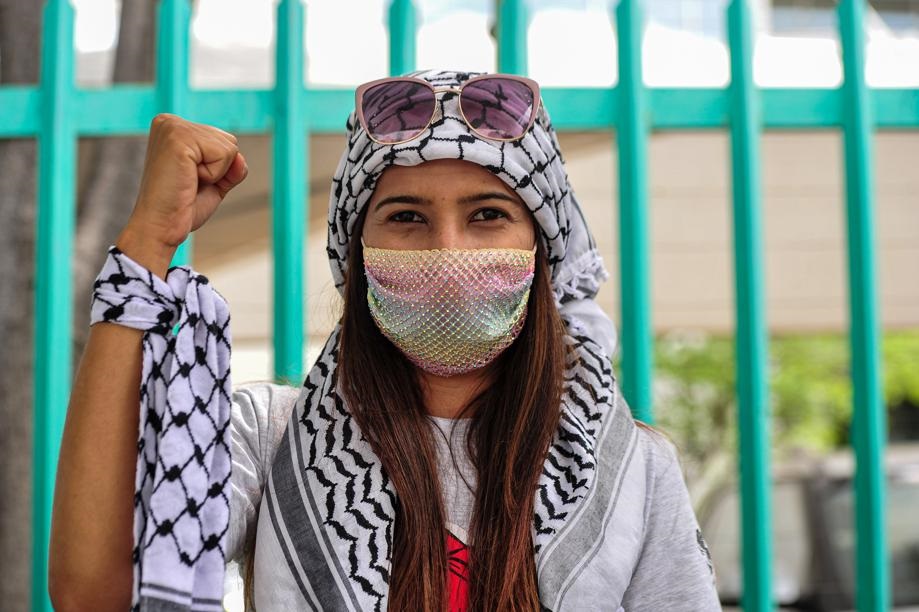 “Israel is an apartheid regime, if you are not a Zionist supporter you get kicked out. We are not imposing on her a choice; if she wants to she can go,” said Summad.

The Palestine Solidarity Alliance Youth League drafted a memorandum which demands that:

. Mswane must withdraw from the Miss Universe pageant;

. The Miss SA organisation does not send a South African representative to the pageant; and

. The Miss SA organisation joins us in the call for the global boycott of the Miss Universe pageant. Members of the Palestine Solidarity Alliance demonstrated against Miss SA taking part in the Miss Universe pageant in Israel. Photo: Rosetta Msimango
We live in a world where facts and fiction get blurred
In times of uncertainty you need journalism you can trust. For only R75 per month, you have access to a world of in-depth analyses, investigative journalism, top opinions and a range of features. Journalism strengthens democracy. Invest in the future today.
Subscribe to News24
Next on City Press
Memorial and funeral service details of City Press journalist Poloko Tau