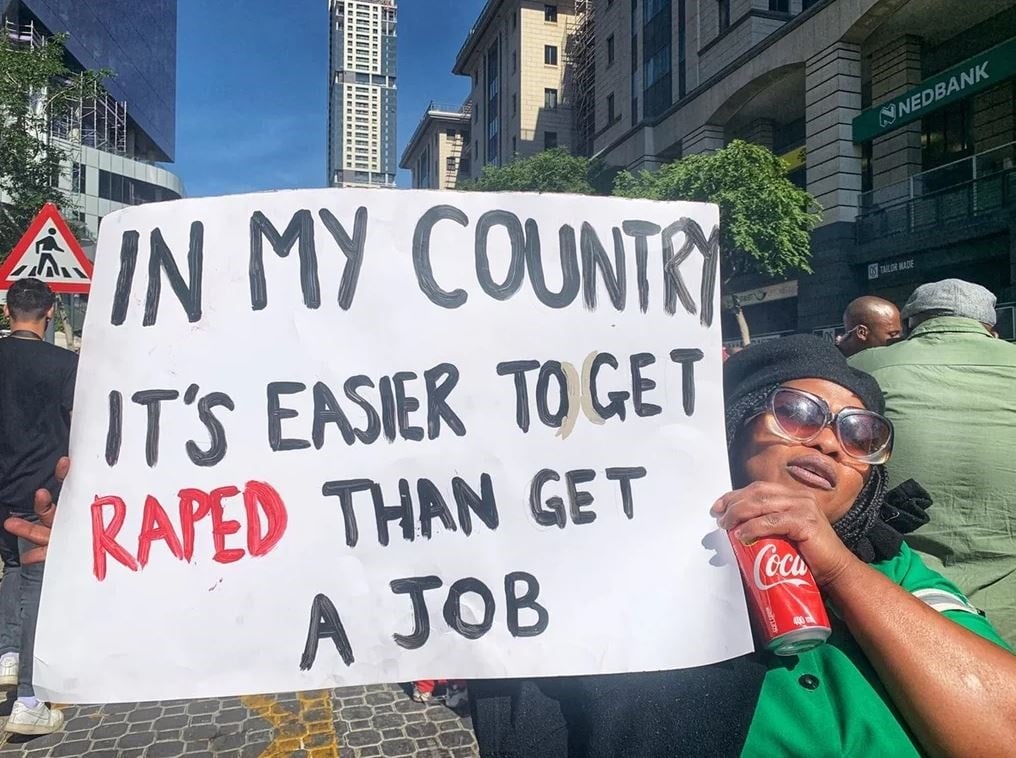 SA is in a crisis when it comes to rape, gender-based violence and femicide. Photo: Sthembiso Lebuso/City Press

An organisation fighting for the protection of women is calling for the development of a dedicated parliamentary unit to coordinate efforts against the scourge of violence against women and children.

In a petition addressed to the National Assembly, the Post Office to Parliament campaign, which is supported by the Uyinene Mrwetyana Foundation, said it wanted the executive to be held accountable for the high levels of violence against women and children in South Africa.

The petition, which is set to be handed over to Women, Youth and Persons with Disabilities Minister Maite Nkoana-Mashabane and Parliament, requested that the portfolio committee on women, youth and persons with disabilities take the appropriate measures to oversee the establishment of a national council on gender-based violence and femicide under its department.

It comes a week after the brutal murder of Nosicelo Mtebeni in East London, Eastern Cape. Her death forced a national dialogue on femicide and violence against women and children, with calls for government to be decisive in fighting this pandemic.

Mtebeni’s murder almost coincided with the second anniversary of the brutal killing of a Uyinene Mrwetyana. The University of Cape Town (UCT) student was raped and killed by a Post Office worker on August 24 2019 in Cape Town.

Both Mtebeni and Mrwetyana were tragically killed at the prime of their lives in the month of August, which is ironically dedicated to women of South Africa and recognises their rights and value in society. UCT founded a scholarship in memory of Uyinene Mrwetyana who was brutally murdered at a post office. Photo: Instagram

Mrwetyana’s killing led to the establishment of the Post Office to Parliament campaign at the beginning of this August. The campaign has collected numerous letters and postcards from citizens across the country writing of their frustration about South Africa’s high femicide rate and government’s slow pace in dealing with the scourge.

“We wanted to draw a parallel to that march and what they were fighting for then and our fight as women today,” she said.

“Some of our letters are online. We do have quite a number of postcards as well.”

The latest crime statistics for April to June show a 74.1% increase in reported sexual offences.

Early this week details emerged of how 23-year-old Mtebeni’s life was cut short at the hands of her alleged boyfriend, Alutha Pasile (25), who cut her body into pieces after killing her. He had allegedly pushed her against a wall, resulting in head injuries and death. To conceal what he had done, he then cut her up using a saw and stuffed her dismembered body into plastic bags and a suitcase.

The National Prosecuting Authority spoke of his apparent confession to the murder this week, even though this did not form part of the short court proceedings.

Pasile briefly appeared in court on Monday, where he abandoned his bail application and refused legal representation before he was remanded in custody by East London Magistrate Annemarie Elliott. The case was postponed to September 28 for further investigation.

Mtebeni, a fourth-year law student at the University of Fort Hare, was the beacon of hope for her family. Her unemployed mother, Ntombizandile, and father, Kholisile, who is a street vendor in Matatiele, had pinned their hopes on her to change their fortunes.

On Tuesday, the day before Mtebeni’s memorial service, UCT vice-chancellor Professor Mamokgethi Phakeng urged all South Africans to act against sexual violence and violence against women and children.

“The deeply shocking murder of Nosicelo strikes too close to home. Just two years ago this week we were reeling from the rape and murder of Uyinene. Today I am devastated that I feel the same heartache I felt in 2019. On behalf of UCT, I extend our heartfelt condolences to Nosicelo’s family, friends and the University of Fort Hare community on this terrible loss.”

“South Africa is being robbed of our bright stars of the future. Nosicelo had her heart set on making a difference. Her classmate told the media that Nosicelo wanted to be appointed as a Constitutional Court judge someday. To aim for such a goal, she must have had loving and confident support from her family and friends. She must have felt empowered to serve her country,” said Phakeng.

We live in a world where facts and fiction get blurred
In times of uncertainty you need journalism you can trust. For only R75 per month, you have access to a world of in-depth analyses, investigative journalism, top opinions and a range of features. Journalism strengthens democracy. Invest in the future today.
Subscribe to News24
Next on City Press
Activists say municipal by-laws are anti-poor

Sign-up to our newsletters and get the latest results and info in your inbox.
Voting Booth
President Cyril Ramaphosa has praised outgoing Chief Justice Mogoeng Mogoeng for his outstanding leadership and service. Do you agree?
Please select an option Oops! Something went wrong, please try again later.
He served well.
69% - 64 votes
He was too controversial
31% - 29 votes
Previous Results
The best of 2020
Can you guess who featured in our most popular articles from 2020?