People infected by 501Y.V2 may have some immunity against the new variant 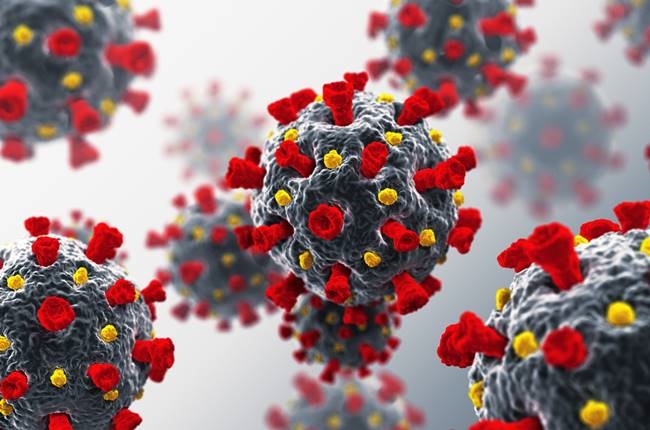 Until Wednesday, the dominant Covid-19 variant, 501Y.V2, circulating throughout this and 48 other countries had only had negative connotations as it blitzed through with higher transmissibility and upended the efficacy of several “first generation” vaccines.

But, on Wednesday morning, scientists presented new findings. It turns out that those infected with the 501Y.V2 variant may not only have some immunity against the variant after infection – meaning less chances of reinfection – but, because of the immune responses elicited through the variant, it is able to also protect against infection from previous circulating variants as well as other lineages.

This was revealed by Professor Tulio de Oliveira, director of genomics surveillance at the KwaZulu-Natal Research, Innovation and Sequencing Platform, as he led a team of leading scientists giving an update on the genomic work being done in various laboratories in the country to better understand the virus.

This included the findings from Professor Alex Sigal and his team at the Africa Health Research Institute, the University of KwaZulu-Natal’s Professor Koleka Mlisana, and Professor Penny Moore from the National Institute for Communicable Diseases (NICD), who are all part of the Network for Genomic Surveillance SA.

The scientists made their presentations during a joint virtual briefing held by the ministers of higher education, science and innovation, as well as health.

Through blood plasma studies of samples from people who had been infected with the virus, the scientists found that the variant discovered in December 2020 had good neutralising activity not only against itself, but earlier variants too.

While the variant was first identified in this country last year, Oliveira also made the point that it wasn’t yet known where it had originated from and had since been found in 48 countries – and, therefore, calling it the “SA variant” was neither accurate nor useful.

Sigal praised his PhD candidate student, Sandile Cele, who had been instrumental in isolating the virus to perform the experiments their work was based on, and said that, on realisation of their results, they had to change the personal protective equipment they had on because they were “literally floored by the results”.

“We had the results before that the 501Y.V2 was escaping neutralisation by the plasma from the first wave that was elicited by the earlier variants of SARS-CoV2. And we didn’t know what would happen with the plasma made in response to 501Y.V2. And what we found first was that it could neutralise itself,” Sigal began explaining.

"Because it seems like, if you are infected with this variant – and this is now just limited to neutralising antibodies – or design a vaccine with it, it might be cross-protective against other variants and leave this virus with not much room to go.”

The bottom line is, in people infected with the new variant, there seems to be greater capacity to neutralise other variants than what we expected or have seen before
Professor Penny Moore

Similarly, Moore said Sigal and his team’s work was an assuring set of data as it was also in a way confirmed by their own research which was a collaborative effort between the universities of Cape Town, Pretoria and KwaZulu-Natal, and the NICD, and led to the same conclusions.

She emphasised that their research was in a different cohort of people using a different system – but still drove home the same message.

This was further confirmed in other data generated by her colleagues.

“What Dr Thandeka Moyo-Gwete and Dr Mashudu Madzivhandila, asked was, ‘What happens when you test those infected with 501Y.V2 and test their antibodies in their blood against the original variant – do you see the same dramatic drop-off?’

What does this mean? Essentially that the neutralising antibodies elicited by the new variant are somehow different in their ability to recognise not only their own virus but also other viruses.

“This is potentially good news but it’s not like the antibodies triggered by 501Y.V2 are somehow magical – there is a drop-off … But, unlike antibodies triggered by the first variant, these ones somehow have more breadth. The bottom line is, in people infected with the new variant, there seems to be greater capacity to neutralise other variants than what we expected or have seen before,” Moore added.

Dr Blade Nzimande, minister of higher education, said: “There’s no doubt in my mind that, with the work our scientists are doing, we are heading in the right direction in so far as deepening our knowledge and getting closer to dealing with the enemy before us is concerned.”

Rounding off the meaning of these findings, Oliveira said: “One thing we’ve shown now is that the plasma collected from people infected with 501Y.V2 has good neutralising activity against itself and also the first wave virus and other variants of concern. What it means is that people infected may have some immunity against the variant and other lineages but, also, we know immunity can decrease over time, so in no way are we saying these people shouldn’t be vaccinated.”

We live in a world where facts and fiction get blurred
In times of uncertainty you need journalism you can trust. For 14 free days, you can have access to a world of in-depth analyses, investigative journalism, top opinions and a range of features. Journalism strengthens democracy. Invest in the future today. Thereafter you will be billed R75 per month. You can cancel anytime and if you cancel within 14 days you won't be billed.
Subscribe to News24
Related Links
Oxford-AstraZeneca vaccines may be sold to other countries or used before they expire, options...
SA scientists to discuss Pfizer vaccine study
Healthcare workers ask: ‘Why are we the guinea pigs?’
Next on City Press
Teen whose eyes were gouged out scared of leaving her family to attend school in Cape Town