Supporters of Operation Dudula chanted and sang “foreigners must go” during their protest in Diepkloof. Photo: Tebogo Letsie/City Press

Another march organised by Operation Dudula and the Put South Africa First movement took place on Sunday in Soweto with scores of people gathered at the Diepkloof Extreme Park.

By lunch time the mob was on the move, marching slowly on Chris Hani Road heading to Elias Motsoaledi Road, an informal settlement behind the Chris Hani Baragwanath Hospital.

They sang and chanted:

The Operation Dudula group, which consists mainly of residents from Soweto, accused undocumented foreign nationals of being responsible for the rising levels of crimes in their communities as well as prostitution syndicates and drug dens. 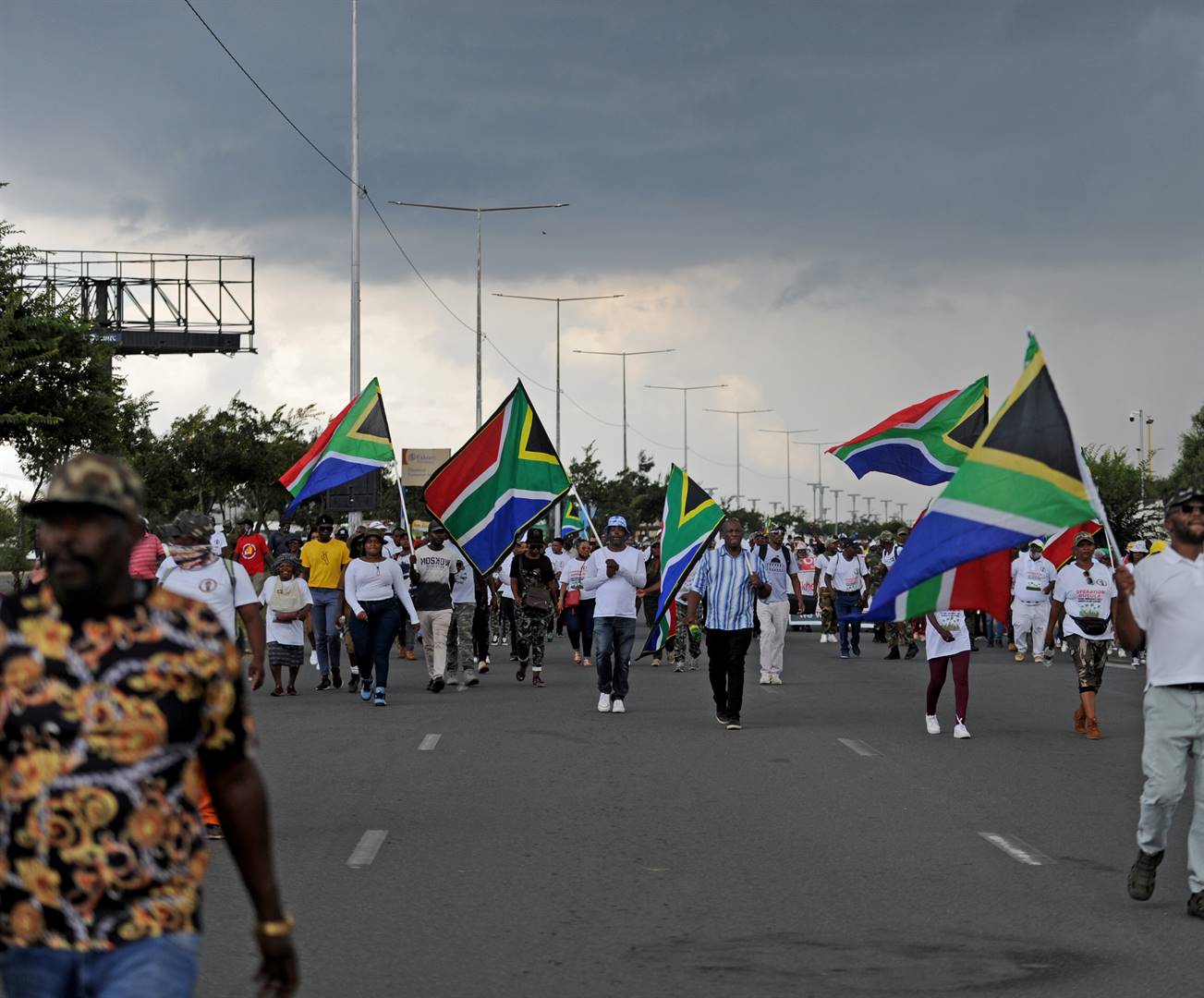 A member of Operation Dudula raises the South African flag during the march from Diepkloof to the Motsoaledi informal settlement. Photo: Tebogo Letsie/City Press Some among the mob were armed with sjamboks and sticks. The Johannesburg Metro Police Department and SA Police Service kept a close eye on the marchers until they were interrupted by a heavy thunderstorm a few minutes after they reached the Motsoaledi informal settlement.