Prince Misuzulu kaZwelithini joined amabutho in chanting and dancing during the commemoration of the Battle of Isandlwana in Nquthu, KwaZulu-Natal, on Saturday.

The event marked the defeat of the British army under colonial rule by Zulu warriors in the hills of Isandlwana 143 years ago.

In his speech, prime minister to the Zulu nation, Prince Mangosuthu Buthelezi, said the Isandlwana battle was a turning point not only for the Zulu nation, but also for the whole of South Africa.

Buthelezi said he was proud to see Misuzulu continue the tradition his father, the late King Goodwill Zwelithini, upheld for so many years.

We are blessed to have the guidance of a king at this time to strengthen and unify our people.

In an attempt to dispel a contestation for the throne by a few members of the royal family, Buthelezi said: “We have a king on the throne. The only thing that needs to be done is for the president to officially acknowledge that. The king is not voted for, the king is appointed by his father. So, therefore, today, we are saluting our king – even more than in the past.”

Some members of the Zulu royal family brought an urgent interdict to the Pietermaritzburg High Court to bar Misuzulu from addressing the Isandlwana event, but on Saturday morning, the court dismissed the application with costs as the battle for the kingship continued.

“There was a case that was disputing the king? Do we not have a king?” Buthelezi asked the crowd. “Where is the king? Here he is!”

This was followed by praise for Misuzulu from those in attendance – Bayede!

Misuzulu also used the event to admonish the factional fights in the family: “I am grateful that this commemoration took place because we’ve had problems and disputes in the great house.”

He called for peace and understanding, noting that the Zulu nation was respected across the world.

“I want to thank the nation for its patience because I know that everything that has happened is hurting you and the kingdom. I wish that things regarding the throne could be sorted out speedily,” he said.

Misuzulu said the family needed to respect the late king, even in his absence, which is “why we will uphold what he left in his will”.

“I’m grateful to see so many of amabutho here. It shows that you know who your king is. I give myself to you with all that my father taught me. I know that there is a lot that you keep asking yourself about where I will lead you. Be assured that I will lead the nation forward,” Misuzulu said. 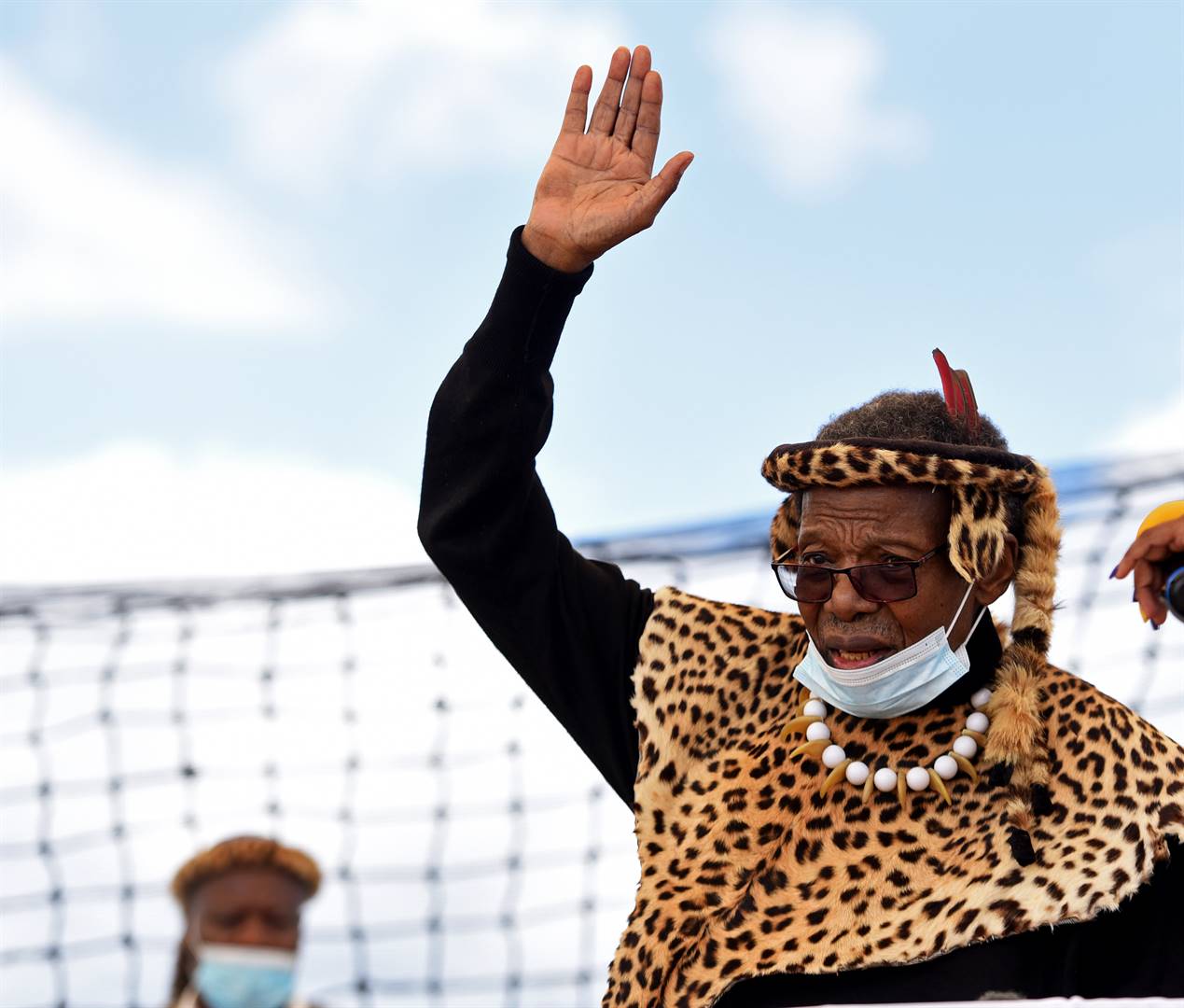 Prince Mangosuthu Buthelezi, the prime minister of the Zulu nation, was present at the commemoration. Photo: Tebogo Letsie/City Press About 2 000 Zulu warriors were killed by the British in the Battle of Isandlwana in 1872. Photo: Tebogo Letsie/City Press As part of the commemoration, the battle was re-enacted. Photo: Tebogo Letsie/City Press 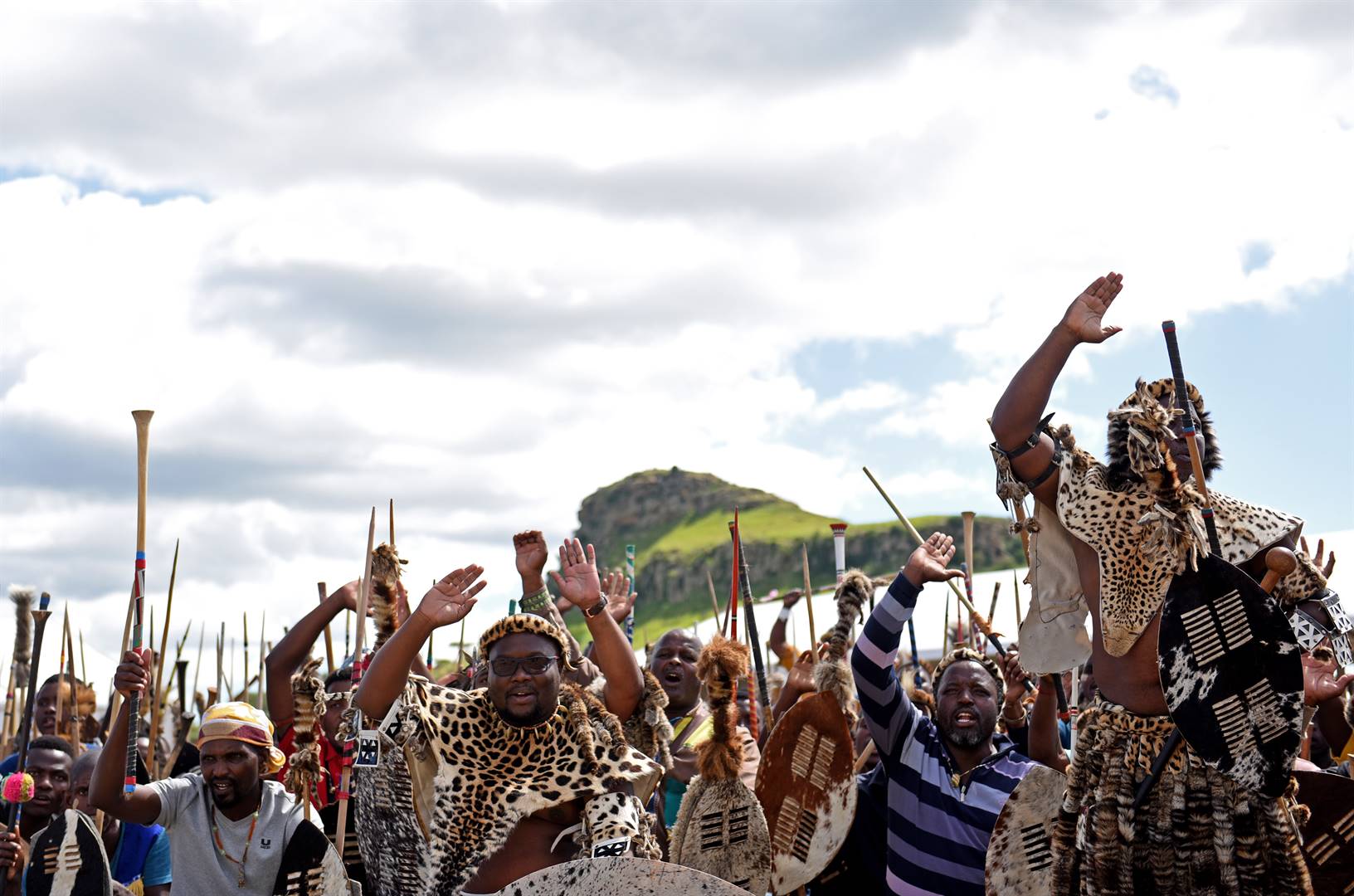 The amabutho hailed Misuzulu as their king, despite an the ongoing dispute for the throne. Photo: Tebogo Letsie/City Press 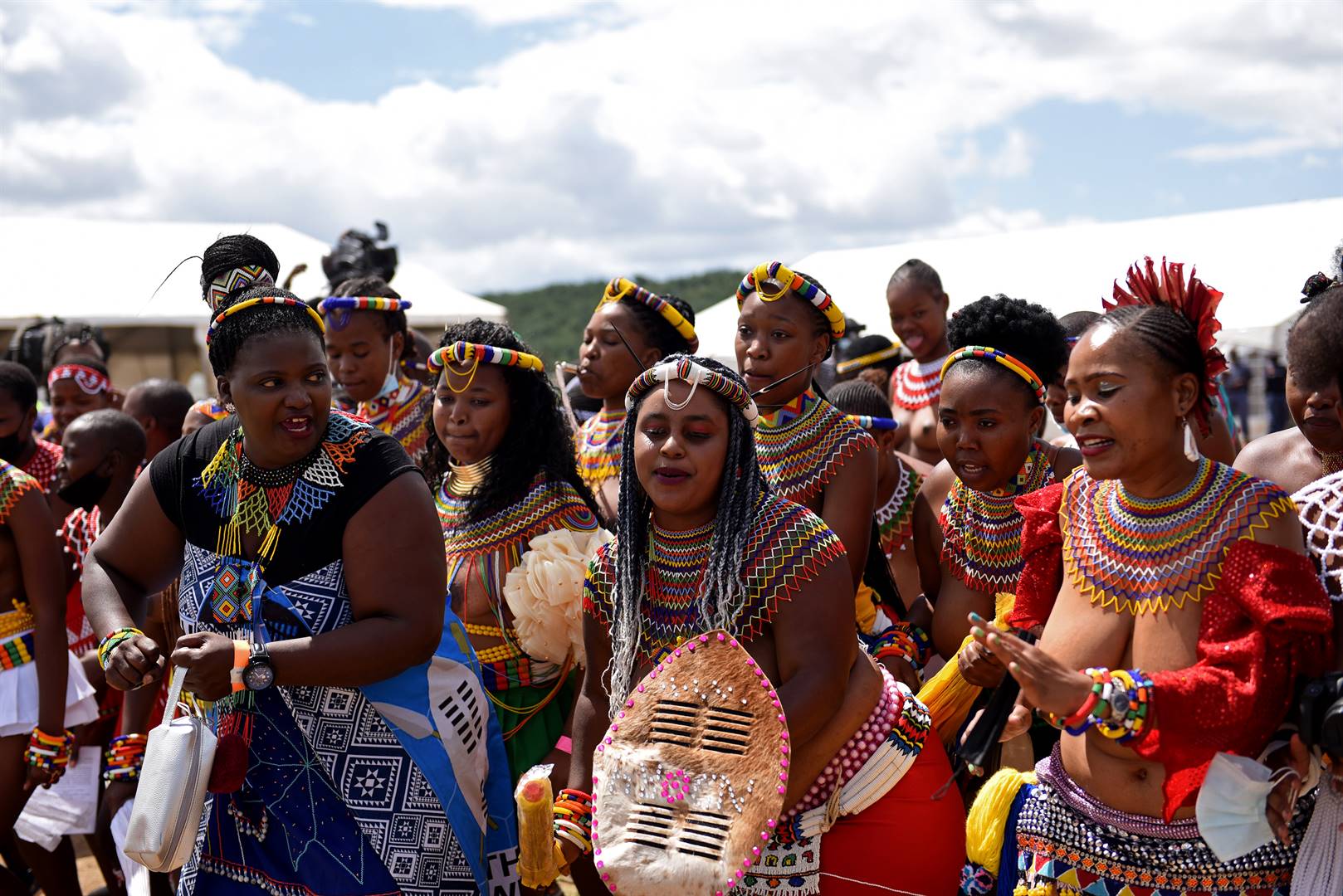 A group of women known as isiphithiphithi sing during the event. Photo: Tebogo Letsie/City Press
We live in a world where facts and fiction get blurred
In times of uncertainty you need journalism you can trust. For 14 free days, you can have access to a world of in-depth analyses, investigative journalism, top opinions and a range of features. Journalism strengthens democracy. Invest in the future today. Thereafter you will be billed R75 per month. You can cancel anytime and if you cancel within 14 days you won't be billed.
Subscribe to News24
Next on City Press
‘If I have to die for justice to prevail, so be it,’ says Senzo murder accused’s sister