Members of the SA National Defence Force (SANDF) made their presence felt on the streets of Johannesburg on Tuesday as President Cyril Ramaphosa embarked on consultations with leaders of society on how to respond to the ongoing violence and destruction that has engulfed parts of KwaZulu-Natal and Gauteng.

The two provinces have been on high alert since riots began over the weekend, following the incarceration of former president Jacob Zuma. The rioters targeted trucks along highways before moving to loot malls, shops and depots.

READ: Are former state security agents with links to Zuma instigating the violence?

During a media briefing on Tuesday, the justice, crime prevention and security cluster indicated that all law enforcement and security agencies “are working together to ensure public order policing, patrolling in identified hotspot areas and protecting key public and private infrastructure that is targeted by the perpetrators of violence”.

By Tuesday, 1 230 suspects had been arrested in connection with public violence and looting – 547 suspects in KwaZulu-Natal, while 683 suspects were in custody in Gauteng. The death toll from the violence stood at 72. No store was spared at Diepkloof Square in Soweto, with only clothing hangers and rubble left strewn on the floor after the looting sprees. Photo: Tebogo Letsie/City Press ATM machines were pulled out of the wall by looters at Diepkloof Square in Soweto. Photo: Tebogo Letsie/City Press Meanwhile, in Alexandra, north of Johannesburg, SANDF members take to the streets to try to restore calm to the township. Photo: Rosetta Msimango/City Press Some members of society, including the EFF, have asked President Ramaphosa to justify the deployment of the SANDF and whether it was needed. Photo: Rosetta Msimango/City Press 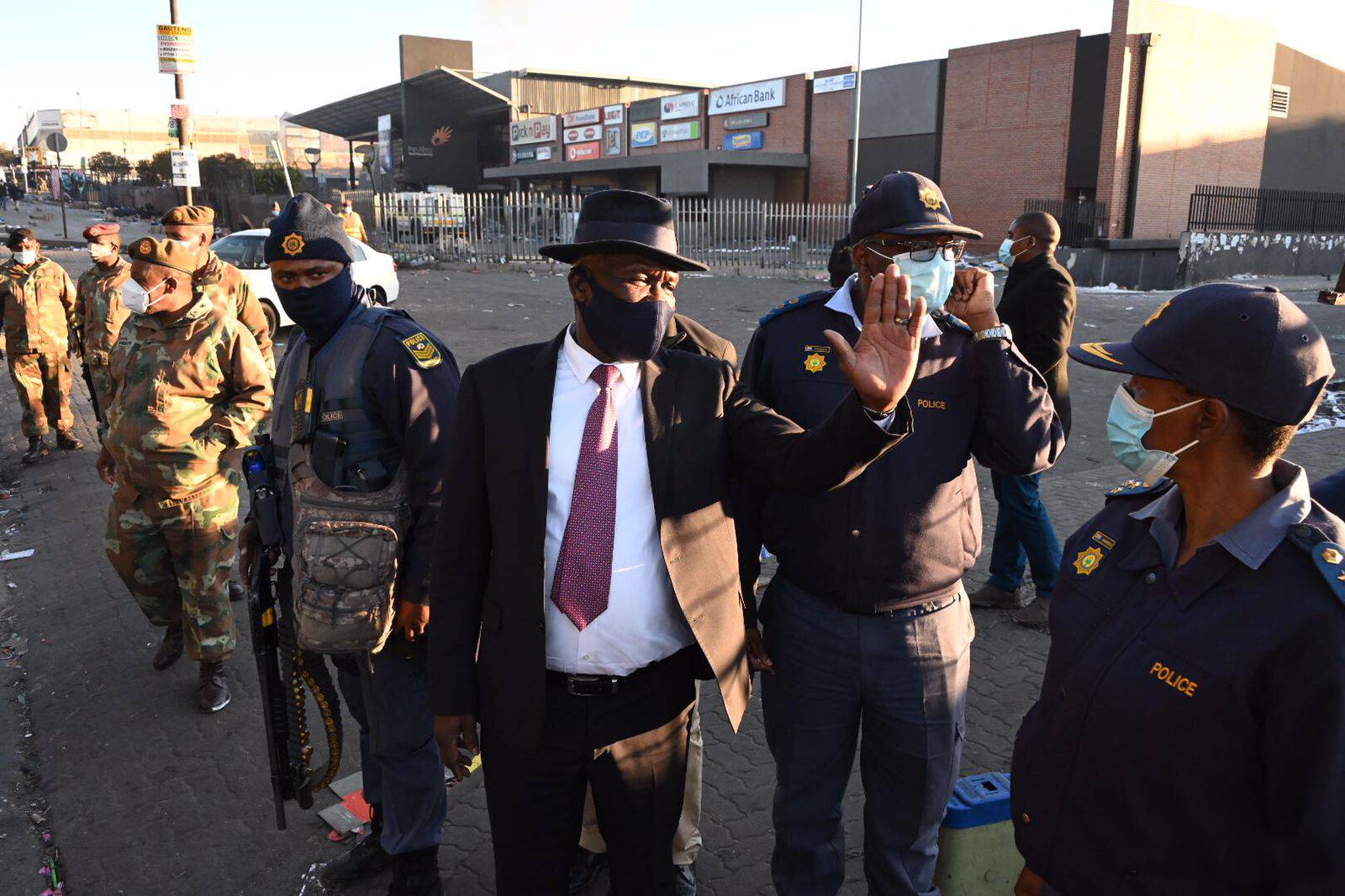 Police Minister Bheki Cele inspects the damage at Pan Africa Shopping Centre in Alexandra and later engaged with community members. Photo: Elmond Jiyane/GCIS
We live in a world where facts and fiction get blurred
In times of uncertainty you need journalism you can trust. For only R75 per month, you have access to a world of in-depth analyses, investigative journalism, top opinions and a range of features. Journalism strengthens democracy. Invest in the future today.
Subscribe to News24
Next on City Press
Gauteng government fails to pay contractors despite 2018 Public Protector ruling