Police at Marikana were ‘reckless and irresponsible’ – new report 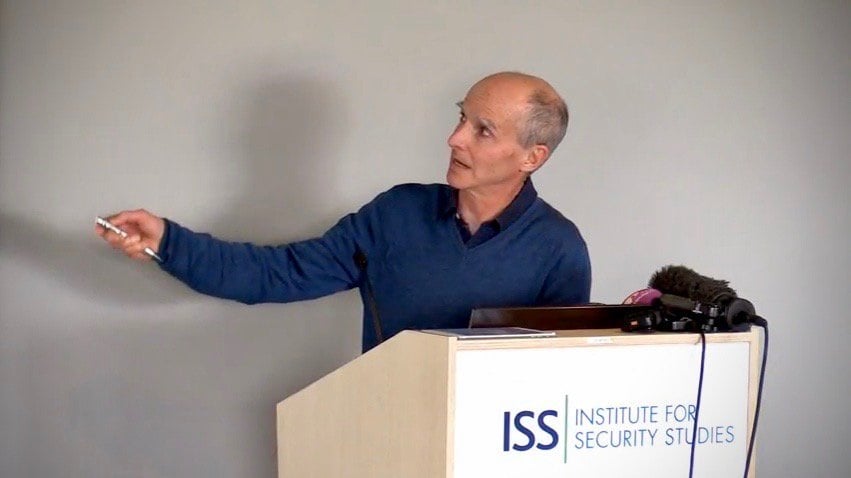 Independent researcher David Bruce presents his findings into the events that unfolded at Scene 2 of the Marikana Massacre in 2012.

“There’s no evidence that any of the strikers shot at the police,” is what independent researcher David Bruce said on Wednesday at the release of a new report into the events that took place at Scene 2 of the Marikana massacre in August 2012.

Bruce, who penned the report – released by the Institute of Security Studies – titled The sound of gunfire: The police shootings at Marikana Scene 2, came to his findings through extensive research based on photographic evidence, interviews and forensic evidence.

Bruce said on Wednesday that the South African Police Services could not provide any evidence that the striking mine workers were attacking the police, as was previously claimed by the SAPS.

The position in which they were shot, the ballistics in evidence support the conclusion that they were killed in circumstances that they weren’t attacking members of the SAPS
Bruce said during his presentation

Until now there had been no conclusive analysis or evidence as to what really happened at Scene 2 because most of the coverage focused on the violence at Scene 1, about 500m away.

But this report has provided clarity on the day’s events, which took place on August 16 2012, when 34 striking mineworkers lost their lives – 17 at Scene 2. A bird's-eye view of the area where miners were gunned down. Picture: Marikana Commission of Inquiry Exhibit

“At the very least, there is no convincing or persuasive evidence of any deliberate attacks on police at Scene 2. If there had been such attacks, there should be no reason why the police could not present consistent evidence of this. The SAPS has not been able to present consistent evidence that any of the four shootings at Scene 2 were in response to an attack,” the report says.

Bruce explained that it was more than likely that the police at Scene 2 had mistaken shots that were fired by other SAPS members for that of the striking miners, and in that moment, fired directly into Scene 2. The striking mineworkers had in essence, been caught in “crossfire”, but instead of the police firing at each other, they fired directly at the workers. “It seems clear that the police at Scene 2 were acting in a way which was at the very least reckless and irresponsible, but it seems that it goes beyond that,” Bruce said, as he explained that the “punitive” and “vindictive” emotions of the police members were high, and played a powerful role in motivating their response by firing bullets into the crowd.

But Nomzamo Zondo, director of litigation at the Socio-Economic Rights Institute which represented the families of 36 striking mineworkers, said that justice still had not been served and was scathing in her criticism towards the police and the Farlam commission report, post-Marikana.

Scene 2 might happen again because there has been no prosecutions or accountability
Nomzamo Zondo, director of litigation at the Socio-Economic Rights Institute

“We are here today with a SAPS that institutionally refuses to accept responsibility for Marikana,” Zondo said.

We live in a world where facts and fiction get blurred
In times of uncertainty you need journalism you can trust. For only R75 per month, you have access to a world of in-depth analyses, investigative journalism, top opinions and a range of features. Journalism strengthens democracy. Invest in the future today.
Subscribe to News24
Related Links
Settlement draws closer for Marikana families
‘The public deserves to know’: Calls for Marikana massacre to be revisited
Make Marikana Day a public holiday just like June 16 – Malema
Next on City Press
Focus vaccines on over-50s to survive a fourth wave – SA health experts