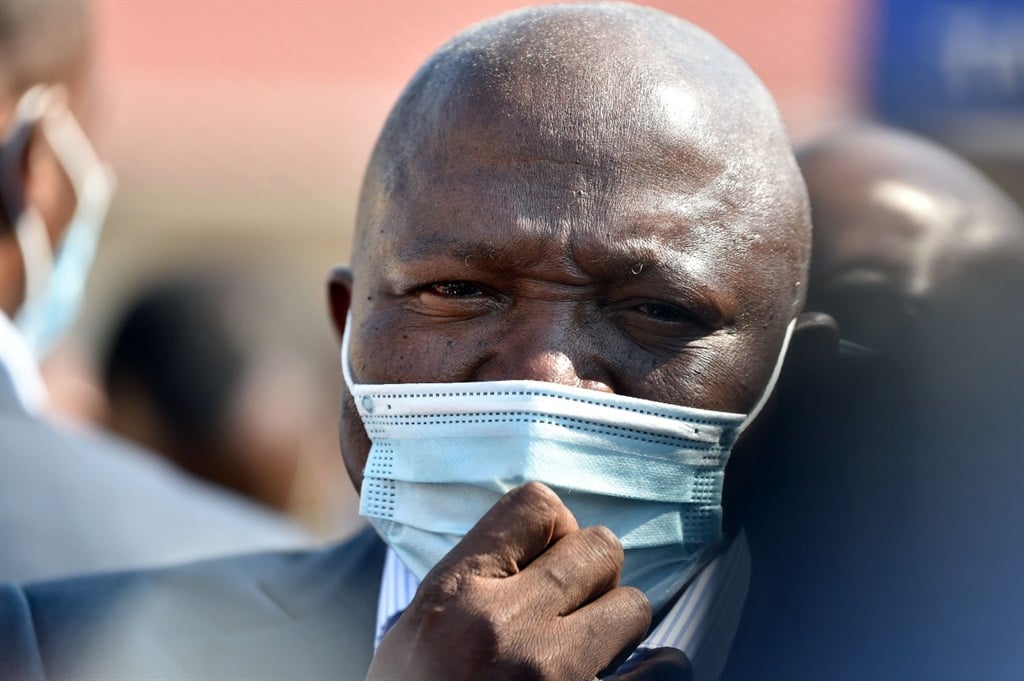 A Mpumalanga man has dared Deputy President David Mabuza to sue him as he refused to issue an apology about public statements he made linking the politician to political assassinations.

Mabuza’s lawyers sent Pompie Ledwaba a letter of demand last Thursday to issue the apology by November 29, but Ledwaba was adamant that he would not apologise.

Mabuza presided over a violent period in Mpumalanga when he was premier and provincial ANC chairperson from 2009 to 2017. During that period, former City of Mbombela speaker Jimmy Mohlala was brutally shot in 2009, when he exposed corruption in the R1.2 billion Mbombela World Cup stadium tenders.

In 2010, former Mpumalanga culture, sport and recreation spokesperson Sammy Mpatlanyane was also shot dead at his home in Stonehenge, Nelspruit, in 2010 after he refused to sign documents for controversial tenders. He went to Germany and returned to find that his signature had been forged.

In both cases, police have failed to arrest the culprits.

In Mohlala’s murder, the wrong people, including a 60-year-old woman, were arrested. The charges against them were later withdrawn.

In Mpatlanyane’s case, suspects from Mozambique, Tanzania and the Democratic Republic of Congo were arrested but the case did not stick when a main witness was declared unfit to stand trial and later died.

Ledwaba has mentioned these two cases during his public statements.

I refuse to retract and apologise precisely because Deputy President Mabuza is a public figure. I was subjecting him to public scrutiny. I’m saying that under his leadership, these are the things that happened.

“He failed to condemn the assassination of his comrades. He has said he knows about these murders and will speak out when the time is right. I’m prepared to defend myself in the high court and I’ll tell the court that I’m holding this man to account,” he added.

Ledwaba also said that Mabuza should stop treating him like a “black bastard”.

They must stop threatening me. They must go to the sheriff to deliver summonses and not use WhatsApp. I’m not a black bastard … they must treat me with dignity and respect.

Mabuza’s lawyers said that Ledwaba made statements that, when Mabuza became the premier of Mpumalanga, “people began perishing one by one” and that during his tenure 27 people were assassinated and “evaporated into thin air”.

They also added that Ledwaba claimed that Mabuza was responsible for the killing of whistle-blowers and knew the masterminds behind assassinations in the province. Ledwaba, said Mabuza’s lawyers, also accused Mabuza of being the genesis of problems in both the country and the ANC, and was a feared political monster.

Mabuza’s lawyer, Ulrich Roux, was not available to comment.

In 2019, Mabuza laid a crimen injuria charge against Bishop Hangwi Maumela, who accused him of being a murderer.

The bishop was addressing gatherings of an ANC faction that was campaigning to replace Mabuza as provincial ANC chairperson.