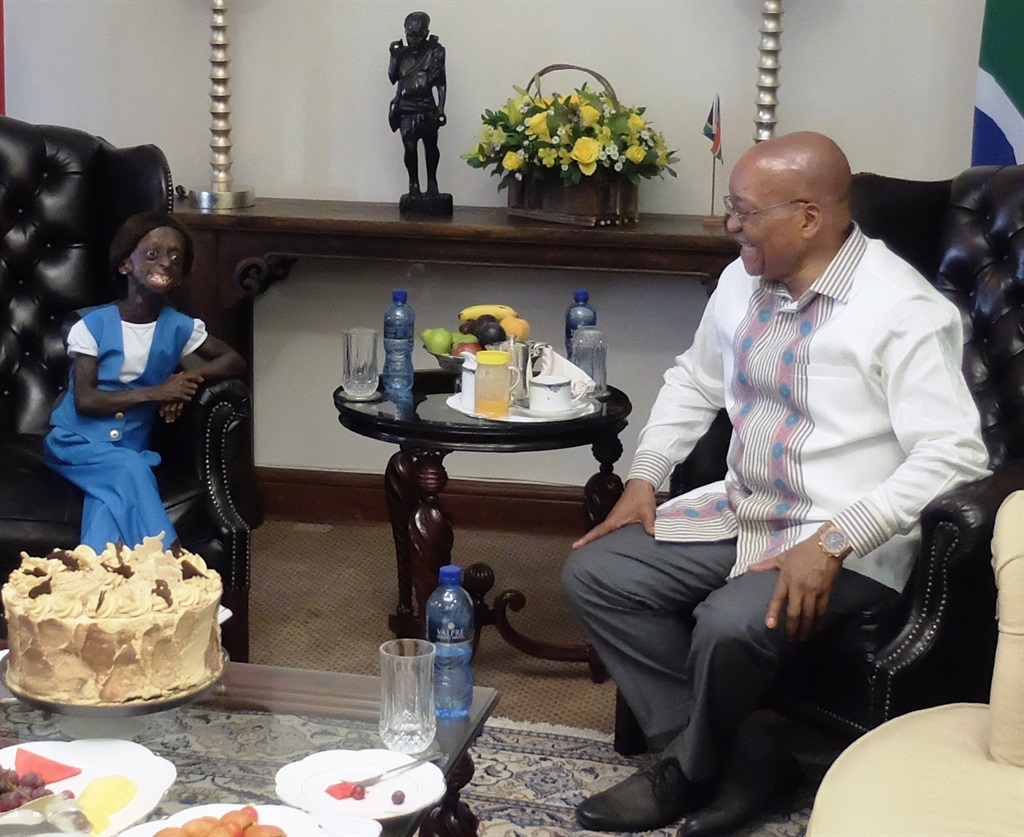 President Jacob Zuma’s spokesperson Bongani Ngqulunga insists that Zuma did not try to have a low-cost government house taken from a Tshwane woman and have it reallocated to the family of the late Ontlametse Phalatse.

Instead, Ngqulunga said on Tuesday, Zuma intervened at the 11th hour to stop the handover ceremony after learning that the house had already been allocated to another recipient.

On Sunday, City Press reported Velaphi Nkosi (46) saying that her new neighbours in Nellmapius came to her rescue by taking to the streets in protest against the reallocation of her new home to the Phalatses. The night before the handover ceremony was due to be held, residents burnt tyres in nearby Solomon Mahlangu Drive, and the following morning they protested outside the house where they turned caterers and furniture vans away.

In April, days after Ontlametse’s death, Zuma vowed to fulfil his promise to provide her family with a house. Ontlametse suffered from progeria, a rare genetic disorder that causes premature ageing.

The house had been allocated to Nkosi, who had been on the housing waiting list for 19 years. In June, she received a letter from the department of human settlements in Gauteng, informing her that her stand had been “withdrawn due to the request from the Office of the Presidency so that they can allocate the house to the Phalatse family”. The house that was promised

However, Ngqulunga insisted that after learning that the house had been allocated to someone else, Zuma objected and stopped the ceremony the night before, and directed that the house be given to its rightful beneficiary. Ngqulunga accused City Press of deciding to “omit” this information and having “published a one-sided incorrect story”.

But when asked for comment on Friday, Ngqulunga would only say efforts were being made to ensure the Phalatse family got the house Zuma had promised them, and that plans were being made to build Phalatse’s mother a home on the family’s plot in Hebron, northwest of Pretoria.

“The house plan has been lodged with the Madibeng Local Municipality for approval. Once it has been approved, which is expected in the next few weeks, the building of the house will commence,” Ngqulunga said.

However, City Pres understands the presidency saw a copy of the letter Nkosi was sent by the department of human settlements’ Tshwane office, and the presidency asked the department’s provincial and national offices who had issued such an order on the president’s behalf. However, no-one from the department, including its senior staff, have revealed who in Zuma’s office had made such a request.

The Jacob Zuma Foundation, through which Zuma promised to build the Phalatses a house, did not respond to requests for comment before the story was published on Sunday.