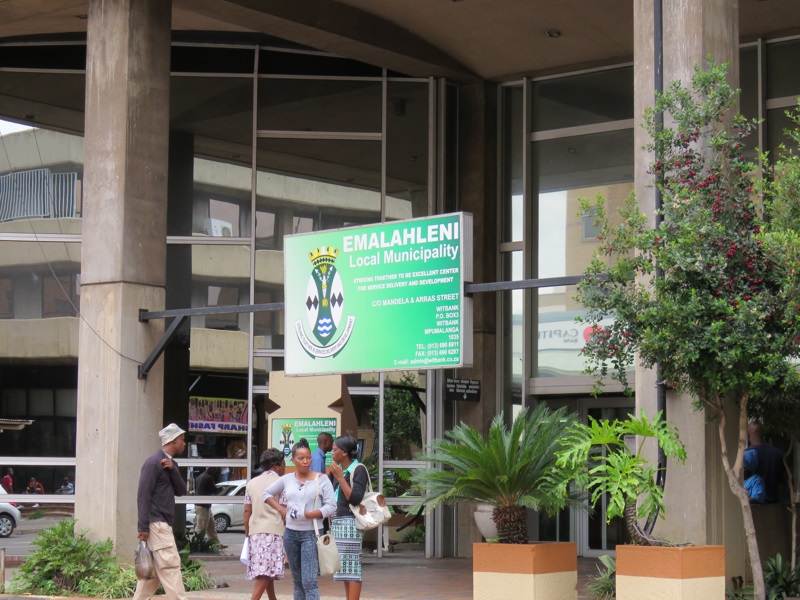 eMalahleni residents may have saved R1.5 million when their mayor finally dropped her plan to buy a new vehicle, but their protest action ended up costing them R2.1 million in security.

Their protests paid off and the vehicle was not purchased, but the municipality had to spend money to protect Ntshalintshali from their threats.

Municipal spokesperson Kingdom Mabuza said that “only R1.6 million” was spent and the amount was for the protection of all councillors whose lives were in danger.

Mabuza also disputed the reasons for the municipality beefing up security around politicians.

He said the protests had nothing to do with the mayoral vehicle, but were over land invasions, the illegal occupation of RDP houses in Phola outside the nearby town of Kriel, and the torching of a municipal paypoint.

Mabuza said the street to the mayor’s house was also blockaded with burning tyres and stones were thrown into her yard.

A document, which City Press has seen, indicated that R64 350 a day was spent for protection services at Ntshalintshali’s Phola home only, following advice from law enforcement and intelligence units.

A breakdown of the costs showed that Track Optimum International (Pty) Ltd deployed one security division head, 12 security officers and one vehicle to the house.

“Despite eMalahleni’s finances being in such disarray that the municipality cannot service its R1 billion debt to Eskom or even provide services for its people, Mayor Ntshalintshali still insists on putting her own desires above the needs of those she swore to serve,” Schneider-Breetzke said.

“Both Van Vuuren and Mayor Ntshalintshali have brought nothing but misery and gross financial mismanagement to eMalahleni.

"Van Vuuren has left eMalahleni Municipality technically bankrupt and his departure should be followed by Ntshalintshali’s.

"It is time that Emalahleni gets new administration that will put the best interest of the residents first,” she added.

“Initially the company billed the municipality R2.1 million but after we disputed the amount both parties settled for R1.6 million.

"It must be noted that the municipality is required to protect political leaders whose lives are in danger because of their duties, property must also be protected in instances where there are clear intentions from protesters to use violence,” Mabuza said.

“The blame should be directed to mobs who resort to violent means when their demands cannot possibly be met.”

Van Vuuren caused an uproar in 2014 when he paid Mzansi Guarding about R20 million in 14 months to protect himself and other senior managers from protesting South African Municipal Workers Union members.