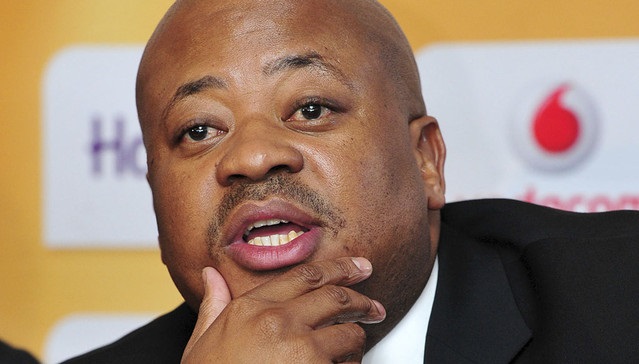 Missing information could delay or even derail the revival of the high-profile R1.2 billion Mbombela stadium case which has been in limbo for five years.

A source close to the investigation told City Press that some of the information originally in the docket had gone missing.

This was revealed when the Directorate of Priority Crimes and the National Prosecuting Authority (NPA) met in June to discuss how the case – which involved fraud charges against Kaizer Chiefs Football Club manager Bobby Motaung and others – could be revived.

At the centre of the case is Motaung, his business partner at Lefika Emerging Equity, Herbert Theledi, and the company’s former chief executive officer, Chris Grip.

The trio was charged with fraud valued at R143 million for allegedly using a false tax certificate when Lefika submitted a bid for a tender to design the stadium.

They also allegedly forged an Mbombela council letter with a fake signature of former Mbombela municipal manager Sgananda Siboza to obtain a R1 million overdraft from a bank.

Motaung, Theledi and Grip also faced another set of charges – theft, fraud and contravention of the Municipal Finance Management Act – that related to stadium tenders valued at R920 million.

However, the source said the docket no longer contained information pertaining to tenders valued at R920 million.

“That docket is now incomplete,” said the source.

“It is not clear what happened because the investigation was done and both cases were before court. Now there is information only about the R143 million fraud,” said the informant.

The source said it was former head of Hawks Berning Ntlemeza who wrote to the NPA asking it to drop the case because there was insufficient evidence.

If the case is revived, more than 30 witnesses will have to be traced to testify.

The case was investigated by Mpumalanga Hawks, but when Ntlemeza took over in 2015, investigating officer Mashudu Mashamba was allegedly removed from the case and transferred to work in Giyani.

Ntlemeza denied the allegations: “I never investigated cases in the Hawks. I never even looked at cases … I gave guidance. When I came to the Hawks, the investigation was not going well and no one was dealing with it. People were not doing justice to the case … it was in the dust,” Ntlemeza said.

But he denied writing a letter or talking to the NPA about the case. “What you were told is rubbish. Who am I to write such a nonsensical letter because the NPA is an independent entity?” he asked.

Mashamba’s removal was preceded by upheavals within the NPA.

The prosecutor, advocate Patrick Nkuna, had applied for the transfer of the case from the Nelspruit Regional Court to the Pretoria High Court.

But when magistrate Roelf Smith had to process the request on June 24 2013, he found two contradicting letters from the NPA about the transfer of the case: one letter gave the go-ahead for the transfer, the other declined the transfer.

Smith had no choice but to strike the case from the roll.

In January this year the NPA said the case was closed after police could not obtain evidence requested by lead prosecutor advocate Willem van Zyl.

But, before the case was struck off the court roll, Nkuna had said the investigation was complete.

This week Mpumalanga NPA spokesperson Monica Nyuswa said the decision to decline the prosecution was taken because of insufficient evidence and not because of Ntlemeza’s input.

“The decision was a nolle prosequi [a formal notice of abandonment action]. The NPA cannot revive a case with insufficient evidence,” said Nyuswa.

“The SA Police Service must first complete the outstanding investigations and thereafter bring the case docket to the prosecutor for decision.

“The prosecutor will decide whether to prosecute should the case be taken to court,” she said.

Should the Mbombela stadium case be reopened?

SMS us on 35697 using the keyword STADIUM and tell us what you think. Please include your name and province. SMSes cost R1.50. By participating you agree to receive occasional marketing material

We live in a world where facts and fiction get blurred
In times of uncertainty you need journalism you can trust. For 14 free days, you can have access to a world of in-depth analyses, investigative journalism, top opinions and a range of features. Journalism strengthens democracy. Invest in the future today. Thereafter you will be billed R75 per month. You can cancel anytime and if you cancel within 14 days you won't be billed.
Subscribe to News24
Related Links
Mbombela Stadium fraud case to be dropped — NPA
Still no answers in Mbombela stadium murder, fraud cases
Bobby Motaung to face the music
Next on City Press
Zulu royal family feud: Zwelithini’s brothers reject MisuZulu