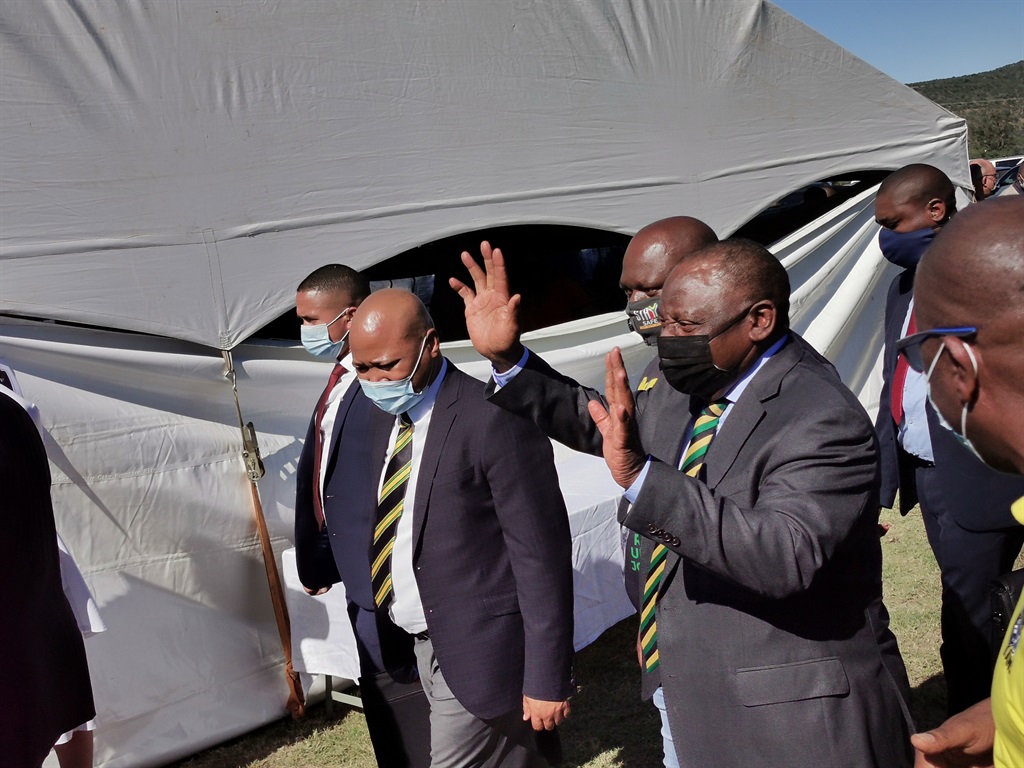 In commemorating the 150th anniversary of the birth of liberation struggle heroine and human rights campaigner Charlotte Maxeke, who was born in Fort Beaufort, Eastern Cape, on April 7 1871 (although some sources say she was born in Botlokwa, outside Polokwane), President Cyril Ramaphosa on Wednesday proposed that a college be built in her hometown.

Ramaphosa said it was only fitting that Maxeke, who, after graduating with a Bachelor of Science degree from Wilberforce University, Ohio, US, in 1901, becoming the first indigenous South African woman to attain a university degree, should have a college named after her. This year has been designated to honour and celebrate activist Charlotte Maxeke. Picture: Archive

“Charlotte Maxeke was an outstanding leader. We cannot talk about the history of South Africa without talking about her contribution. She was a pioneer and a brave leader… I do not see why we cannot have a Charlotte Maxeke memorial college here in Fort Beaufort in the Eastern Cape in her honour,” said Ramaphosa.

He added that he would take it upon himself to discuss this proposed college with the national education department as well as its provincial counterpart to find a solution.

“I see no reason why some colleges in the area [Fort Beaufort] have been converted into offices; we need to reclaim one of them and convert it into a Charlotte Maxeke memorial college,” said Ramaphosa.

During her life, Maxeke was passionate about equality for women, even taking the unusual step, in 1902, of insisting on the participation of women in church and political meetings

He said it was not enough that there was a hospital in Johannesburg that already carried Maxeke’s name, adding that the birth place of such a critical figure in the liberation struggle also deserved to have a fitting memorial site, and a college – given her academic achievements – was a fitting means of commemorating her.

With the ANC crippled by infighting, Ramaphosa also urged leaders within the organisation to take a leaf from the book of Maxeke’s life.

“She was a brave leader who had incredible qualities that we need in our leaders today”, as they crisscross the breadth of the country celebrating her life, said Ramaphosa.

Deputy President David Mabuza led the Limpopo commemoration of Maxeke in Botlokwa, while under-fire ANC secretary-general Ace Magashule led the celebrations in Kliptown, Soweto, where he took the opportunity to defend the radical economic transformation rhetoric, saying it was a party policy. ANC treasurer-general Paul Mashatile presided over the KwaZulu-Natal leg of the commemorations.

The governing ANC has declared this the year of Charlotte Maxeke with a focus on unity, renewal and reconstruction.

Ramaphosa also handed over a Charlotte Maxeke Agriculture Legacy Project in Fort Beaufort. He said agriculture was a means for people, particularly women, to fend for themselves.

During her life, Maxeke was passionate about equality for women, even taking the unusual step, in 1902, of insisting on the participation of women in church and political meetings.

Maxeke was also an early opponent of passes for black women, and, along with her husband, Marshall Maxeke, attended the launch of the SA Native National Congress (SANNC), the forerunner of the ANC, in Bloemfontein in 1912 and, although her main concerns were church-linked social issues, Charlotte also wrote to newspapers about the social and political situation of women.

She helped organise the anti-pass movement in Bloemfontein in 1913 and founded the Bantu Women’s League of the SANNC, forerunner of the ANC Women’s League, in 1918.

As leader of this organisation, she led a delegation to prime minister Louis Botha to discuss the issue of passes for women. This was followed by a protest the following year. She was also involved in protests on the Witwatersrand about low wages and participated in the formation of the Industrial and Commercial Worker’s Union in 1920.

Maxeke’s husband passed away in 1928. In the same year Maxeke set up an employment agency for Africans in Johannesburg and also began service as a parole officer for juvenile delinquents.

Maxeke died in 1939 in Johannesburg.

We live in a world where facts and fiction get blurred
In times of uncertainty you need journalism you can trust. For only R75 per month, you have access to a world of in-depth analyses, investigative journalism, top opinions and a range of features. Journalism strengthens democracy. Invest in the future today.
Subscribe to News24
Next on City Press
What’s in City Press: Ramaphosa faces Eskom fire; Mabuza fatigue unites ANC factions; Hawks close in on Mahlobo

Choose a newsletter
Voting Booth
President Cyril Ramaphosa banned the sale of alcohol for off-site consumption for the Easter weekend to control the spread of the Covid-19 virus. What do you think about the ban?
Please select an option Oops! Something went wrong, please try again later.
I’ve stocked up
24% - 68 votes
And drinking and driving?
10% - 29 votes
Don’t drink, don’t care
29% - 83 votes
It’s no longer about Covid-19
37% - 106 votes
Previous Results
The best of 2020
Can you guess who featured in our most popular articles from 2020?