‘Ramaphosa is a great visionary’ – Mthembu 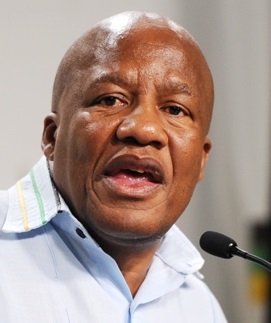 Minister in the presidency Jackson Mthembu has come to the defence of President Cyril Ramaphosa saying that although he is a big “dreamer”, he is a “doer” as well.

Mthembu, who served as the ANC chief whip in the fifth Parliament, was speaking at Parliament’s joint sitting this morning for the debate of Ramaphosa’s state of the nation address delivered last Thursday.

“The purveyors of the misguided narrative that the president’s state of the nation address was slim on detail are disingenuous and very economical with the truth. The president made specific mention of sectors that can turn our economic fortunes around, elucidated on areas of great potential including stimulating local manufacturing and promoting the ‘buy local’ campaign, developing new markets in agriculture and agro-processing, and increasing international tourist arrivals to 21 million by 2030,” Mthembu said.

Ramaphosa had, in his third state of the nation address as president, outlined a number of great aspirations which he had for the country including bullet trains and smart cities.

“Those who claim that the state of the nation address is all about dreams do not understand that all major revolutions worldwide begin with an idea. A people without dreams, without vision and purpose, is a people with no future. It was the dreamers who gathered in Mangaung in 1912, and formed an organisation that would wage a resistance struggle against colonialism and oppression informed by the dream of a free South Africa which now all of us enjoy.

“In this epoch in South Africa, we are fortunate to have a great visionary in the calibre of president Ramaphosa as the head of state. He is a big dreamer and a big doer at the same time.”

The minister also lauded Ramaphosa for making good on his promise to reduce Cabinet.

ANC chief whip Pemmy Majodina – who was the first speaker of the day – said that the sixth Parliament would not be a “conveyor belt”, but would instead “reflect an outlook of an activist Parliament”.

Majodina also said that the ANC in Parliament would look to avoid ugly scenes from playing themselves out in the sixth Parliament.

“ANC members will not descend into the arena of childishness and political vulgarity no matter how much we are provoked. Yes, we will engage in the battle of ideas and we will advance superior arguments, informed by facts and evidence, and our ideological grounding; rather than rhetoric or insults,” said Majodina.

“We challenge our colleagues from other parties to help us profile our debates in these houses of Parliament as a festival of ideas.

We live in a world where facts and fiction get blurred
In times of uncertainty you need journalism you can trust. For only R75 per month, you have access to a world of in-depth analyses, investigative journalism, top opinions and a range of features. Journalism strengthens democracy. Invest in the future today.
Subscribe to News24
Related Links
What we will take from Sona: The people expect and deserve a better life
Editorial: Cyril, you owe the nation
Sona expected to provide more than just a plan on jobs, crime and poverty
Next on City Press
‘Let it burn to the ground!’ Alleged SRC leader faces a probe