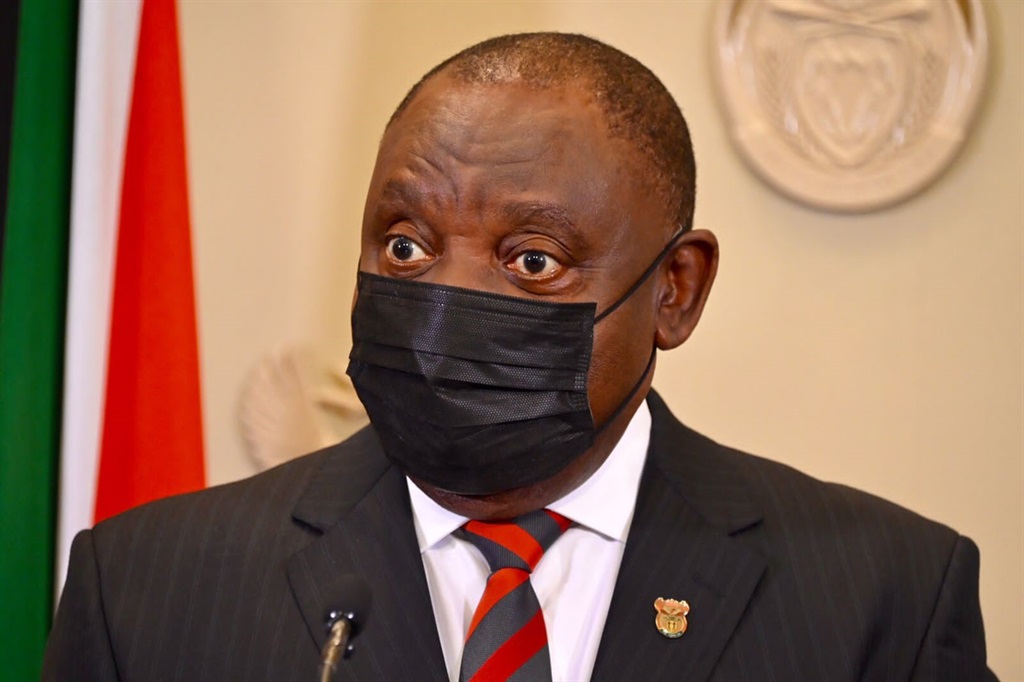 South Africa enters adjusted alert level 2 with added restrictions from Monday as government attempts to vaccinate as many people as possible to ensure the so-called third wave of Covid-19 infections is curbed.

President Cyril Ramaphosa, in a televised address on Sunday evening, extended the night-time curfew and reduced the permissible size of public gatherings.

The curfew will run from 11pm to 4am, one hour longer than before, as the country moves to level two from level one. A maximum of 100 people will be allowed at indoor gatherings and 250 at outdoor events. A widely anticipated tightening of curbs on alcohol sales didn’t materialize.

“We have seen in other countries the tragic consequences of allowing the virus to spread unchecked,” Ramaphosa said.

“Further restrictions are necessary to ensure health facilities are not overwhelmed and lives that can be saved are not lost.”

The seven-day rolling average of new coronavirus cases has risen to 3 745, from less than 800 in early April, while the test positivity rate has risen to more than 11%. More than 1.6 million people in South Africa have been diagnosed with the disease, the most in Africa, and more than 56 000 of them have died, according to the health ministry.

Four of the nine provinces have already entered a third wave of infections and it may only be a matter of time before it spreads to the entire country, Ramaphosa warned.

“We do not yet know how severe this wave will be or how long it will last,” he said, adding that scientists who advise the government have said that the severity of the third wave “will be determined by how much contact we have with other people”.

The country began a vaccination program on February 17, known as the Sisonke Protocol, inoculating 479 768 healthcare workers with a single-dose Johnson & Johnson shot.

During the second phase of vaccinations 484 108 of mostly elderly people, who have been designated priority, have received a first shot of the Pfizer double-dose vaccine since May 16.

“Right now our priority must be to scale up our vaccination campaign to reach as many people as possible,” Ramaphosa said.

“Since this is the first time this system is being used, it is understandable that there have been some initial problems, which have inconvenienced people and sometimes caused delays,” Ramaphosa said.

“The scheduled delivery of the Johnson & Johnson vaccines has however been delayed due to regulatory issues related to lack of adherence to proper standards at a manufacturing plant in the United States,” he said, adding that the Pfizer vaccine, due to its properties “requires an ultra-cold supply chain, inclusion of smaller sites and sites in more rural areas is limited”.

“I urge everyone to be patient and to await their turn.”

Ramaphosa also did not mention or make reference to allegations of corruption levelled at Health Minister Dr Zweli Mkhize, which is being investigated, in the Digital Vibes saga.

- Compiled by Muhammad Hussain with additional reporting by Bloomberg and news24.

We live in a world where facts and fiction get blurred
In times of uncertainty you need journalism you can trust. For only R75 per month, you have access to a world of in-depth analyses, investigative journalism, top opinions and a range of features. Journalism strengthens democracy. Invest in the future today.
Subscribe to News24
Related Links
Lucky Ntimane | Just like Covid-19, poverty is a disease
Gauteng crime to peak again
Next on City Press
Activists say municipal by-laws are anti-poor