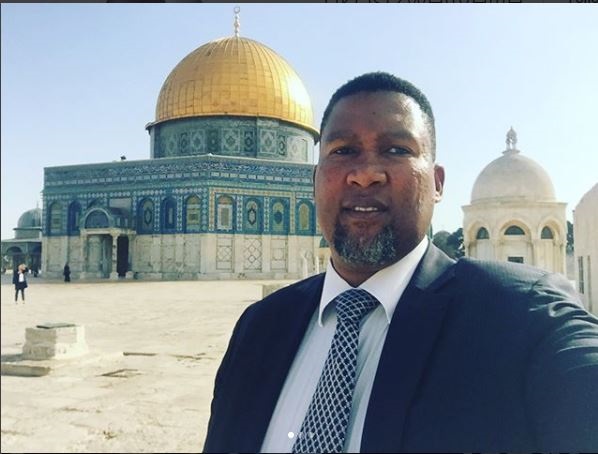 Nelson Mandela’s grandson, Chief Mandla Mandela, has described the appointment of deputy president Cyril Ramaphosa to lead the ANC President as the moment of hope and optimism for ordinary South Africans.

In an open letter written to congratulate Ramaphosa’s victory, Mandela lobbied Ramaphosa to advocate for the release of all Palestinian children from Israeli prisons. He said he affirmed the Royal House of Mandela’s support for his leadership “at a critical time” in the life of the country and the world.

“We do so not only because it is widely known that you were President Nelson Mandela’s first choice to succeed him as leader of our movement but because of your leadership qualities,” he wrote.

He said during his recent visit to occupied Palestine territory, there was high regard and great respect for South Africa’s support for the Palestinian struggle.

“In Hebron we were flocked by young Palestinians on the streets elated at our presence and appreciative of our solidarity.

“South Africa’s voice remains a great moral conscience and source of inspiration for millions around the world and especially in global multilateral forums,” he wrote, adding that the unanimous adoption of the resolution in support of the Palestinian struggle at the 54th ANC national general conference has been widely met with jubilation and great expectation.

Read: ‘I am grateful to have been groomed by OR Tambo’ – Mandla Mandela

Mandela told of his experience while he was there. He said while they were deliberating at the conference a 16-year-old Palestinian girl, Ahed Tamimi, was arrested from her home in Nabi Saleh on the West Bank. This followed the shooting in the head of her 15-year-old cousin.

“Earlier this month a 12-year-old boy was arrested and brutally assaulted in Hebron by the heavily armed Israeli Defence Force. Ahed joins nearly 300 minors languishing in Israeli jails and reports of their abuse are widespread.

“This litany of abuse follows a long history of killings, massacres and ethnic cleansing since the founding of the state of Israel and continues unabated to this day. One only has to be reminded of the massacres of Deir Yassin, Shabra and Chatilla and the seizer of Gaza that saw the world stand by in hopeless silence as innocent children and civilians were bombed to smithereens,” Mandela lamented. 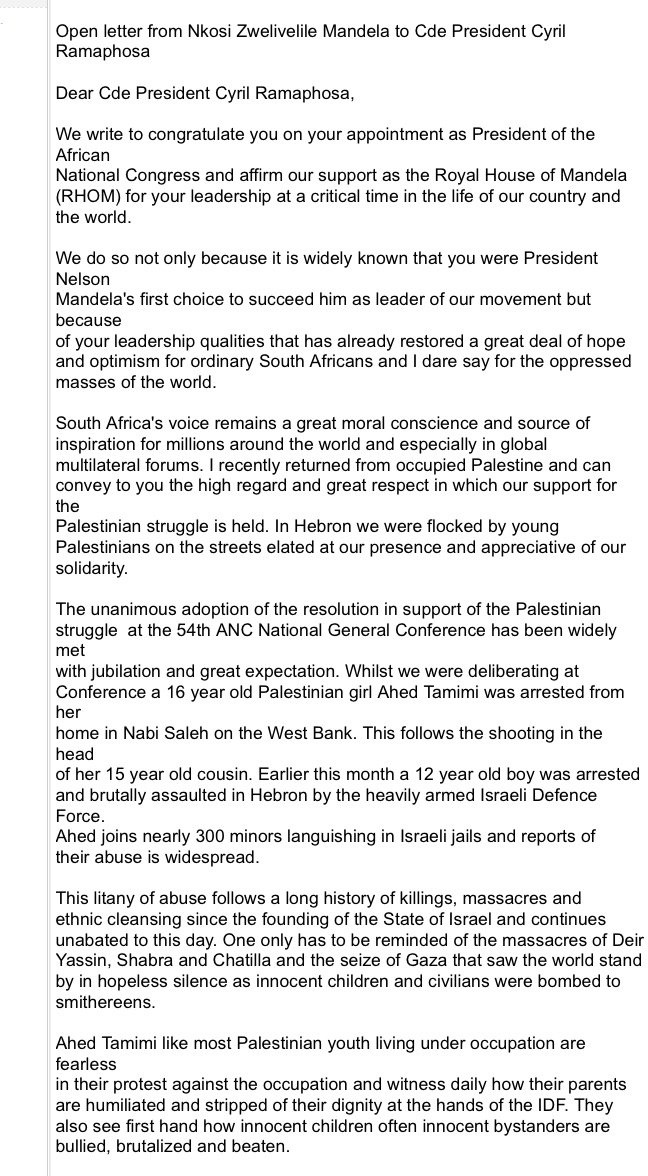 We live in a world where facts and fiction get blurred
In times of uncertainty you need journalism you can trust. For 14 free days, you can have access to a world of in-depth analyses, investigative journalism, top opinions and a range of features. Journalism strengthens democracy. Invest in the future today. Thereafter you will be billed R75 per month. You can cancel anytime and if you cancel within 14 days you won't be billed.
Subscribe to News24
Related Links
‘I am grateful to have been groomed by OR Tambo’ – Mandla Mandela
Mandla Mandela: ‘Get well soon, Uncle Kathy’
Mandla Mandela: ‘Stop all the Mandelising’
Next on City Press
Ex-Kaizer Chiefs star red-carded by bank for defaulting on overdraft payments