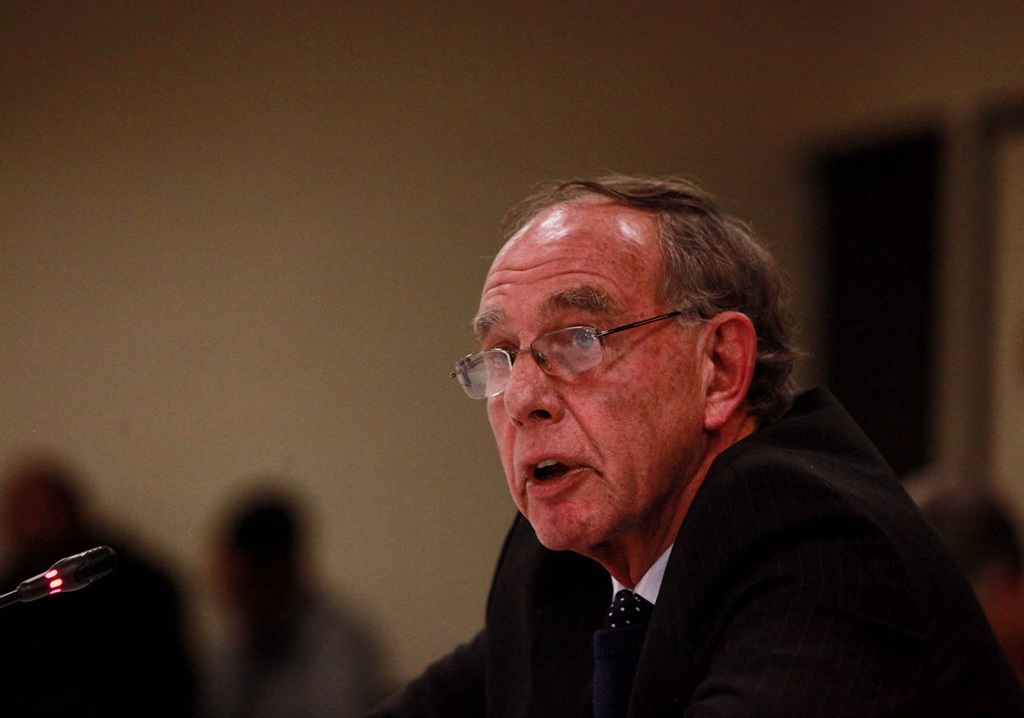 It’s a damning interim report from Judge Robert Nugent – replace suspended Revenue Service commissioner Tom Moyane “without delay” to allow the institution to be set on a “firm course of recovery”.

In the 30-page interim report Nugent, who was heading the inquiry into the South African Revenue Service, said that this was a unanimous view from him and those appointed to assist him. He referred to Moyane’s “reckless mismanagement” of a state institution that now “reeks of intrigue, fear, distrust and suspicion”.

President Cyril Ramaphosa confirmed late this afternoon that he had received the interim report of the Commission of Inquiry into Tax Administration and Governance by the South African Revenue Service and was “applying his mind” to the contents of the interim report and the recommendations made by Nugent.

He had also sent Moyane a copy of the report.

In its interim report, the commission of inquiry acknowledged that the revenue service was vital for the welfare of the country, said the report.

“It is also a complex organisation. And it is one that is particularly vulnerable to corruption, bearing in mind that more than R1 trillion passes through its hands each year.”

The degeneration of the organisation under the tenure of Moyane “ought not to be permitted to continue”, and the commission considered it imperative that a new commissioner be appointed without delay. “The current position at Sars was set to perpetuate ongoing loss of revenue if there was no immediate intervention,” said the report.

Appointing a new Sars commissioner would remove the uncertainty at the revenue service and enable it to be set on a firm course of recovery so as to arrest ongoing loss of revenue.

“We stress that the replacement of Mr Moyane is not a panacea, but only the first necessary measure without which there is no possibility of rectifying the damage that has been done to Sars, and any further recommendations will be fruitless, hence our recommendation at this stage, without awaiting the commission’s final report.”

There were other interventions that the commission anticipated would be required if Sars was to be restored but those would be dealt with in its final report.

The revenue service currently had separate disciplinary proceedings pending against Moyane but the commission of inquiry considered the proceedings to be irrelevant to its recommendation.

The trajectory of modernisation, that had been in the making for a decade, was summarily stopped when the current commissioner, Tom Moyane took office on September 27 2014, and the systems are degenerating as technology advances.
Interim Sars report

“Our concern is not disciplinary transgressions but instead the management of Sars,” the interim report read.

“The trajectory of modernisation, that had been in the making for a decade, was summarily stopped when the current commissioner, Tom Moyane took office on September 27 2014, and the systems are degenerating as technology advances.”

• That the president take steps without delay to remove Moyane from office; and

• That Ramaphosa takes steps without delay to appoint a new Sars commissioner.

To inspire confidence in a new commissioner it was recommended that he or she be appointed through an open and transparent process that was subject to critical appraisal, but without compromising the urgency of the appointment.

Interim Report by CityPress on Scribd

We live in a world where facts and fiction get blurred
In times of uncertainty you need journalism you can trust. For 14 free days, you can have access to a world of in-depth analyses, investigative journalism, top opinions and a range of features. Journalism strengthens democracy. Invest in the future today. Thereafter you will be billed R75 per month. You can cancel anytime and if you cancel within 14 days you won't be billed.
Subscribe to News24
Related Links
Moyane takes his fight to stop inquiries to the Constitutional Court
‘This was Sars capture’: Tobacco task team dismantled anti-corruption unit
Sars inquiry: Moyane pleased with Ramaphosa response
Next on City Press
Mathunjwa says post-apartheid SA lacks functionality at Marikana commemoration