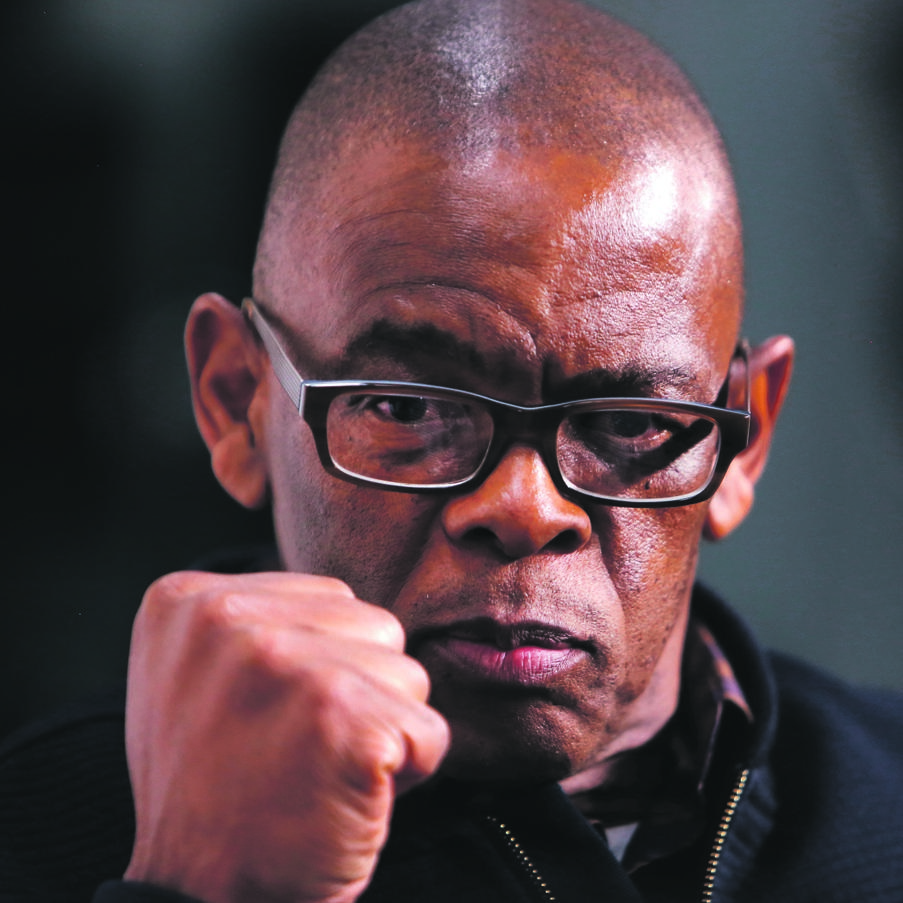 Presidential assurances of independence are contradicted by ANC secretary general, youth league and other party officials

Barely a week after displaying unity at the ANC’s 107th birthday celebrations and manifesto launch in Durban, the ANC is being torn apart over disagreements about the future of the SA Reserve Bank.

This, after secretary-general Ace Magashule insisted that government would have no option but to nationalise the bank, despite President Cyril Ramaphosa giving assurances to the contrary.

Ramaphosa told business leaders last week – ahead of the World Economic Forum, taking place in Davos, Switzerland, this week – that government had no intention to tinker with the independence of the central bank.

“The independence of the Reserve Bank is sacrosanct. There should be no debate about that,” he said.

Ramaphosa’s remarks were a clear contradiction of Magashule’s assertion that the bank should be nationalised.

Speaking to City Press last week, Magashule maintained that there were no contradictions within the party over the independence of the Reserve Bank.

Magashule said Ramaphosa was emphasising the fact that all of the ANC’s resolutions must be implemented in a responsible way.

ANC Youth League president Collen Maine said on Friday that nationalising the Reserve Bank was one of the ANC’s resolutions.

The youth league has been pushing for the nationalisation of the Reserve Bank.

On Thursday, ANC Ekurhuleni chairperson Mzwandile Masina criticised Reserve Bank governor Lesetja Kganyago on Twitter, saying: “So if it means we must change the Constitution to nationalise SARB [the bank], what is the problem? I thought ANC policy resolutions did not need interpretation. I’m wondering why this governor thinks he is bigger than the party that deployed him.”

Masina was irked by a comment by Kganyago, who had said that the independence of the central bank was “one of the constitutional principles that underpinned the writing of the Constitution”.

The Reserve Bank website currently enjoys a considerable degree of autonomy in the execution of its duties.

“In terms of section 224 of the Constitution, 1996, the bank, in pursuit of its primary object, must perform its functions independently and without fear, favour or prejudice. But there must be regular consultation between the bank and the Cabinet member responsible for national financial matters,” states the bank on its website.

However, the ANC has stated in its election manifesto that the Reserve Bank must pursue a “flexible monetary policy regime”, aligned with the objectives of the second phase of transition.

“Without sacrificing price stability, monetary policy must take into account other objectives such as employment creation and economic growth,” the ANC manifesto says.

Magashule told City Press that the ANC was planning a crackdown to get the executive to implement the party’s national conference resolutions.

Although these threats are not new and characterise the party’s election campaigns, Magashule reiterated that the party was going to crack the whip.

During former president Jacob Zuma’s administration, a monitoring structure was introduced to measure the performance of ministers, with no tangible success.

Despite this, Magashule insists that ministers who do not implement party resolutions will face the axe.

He said the party was going to set deadlines for ministers to implement the ANC’s 2019 election manifesto and resolutions taken at the party’s Nasrec conference in December 2017.

“We are going to put deadlines and focus on the implementation of our manifesto and the Nasrec resolutions. It is not business as usual. We see a lot of roads throughout South Africa and we still have bad roads in our villages. People have raised these issues,” he said, repeating that there would be dire consequences for ministers who failed to implement ANC resolutions.

“Things are going to happen. There will be consequences if people do not implement. The ANC would have said department A must do the following things within six months. The presidency will be monitoring the implementation of the programme of action and things we have committed ourselves to do.

“It will be like that. If this minister or this department is not delivering, there must be consequences. The president will act in that case,” Magashule said.