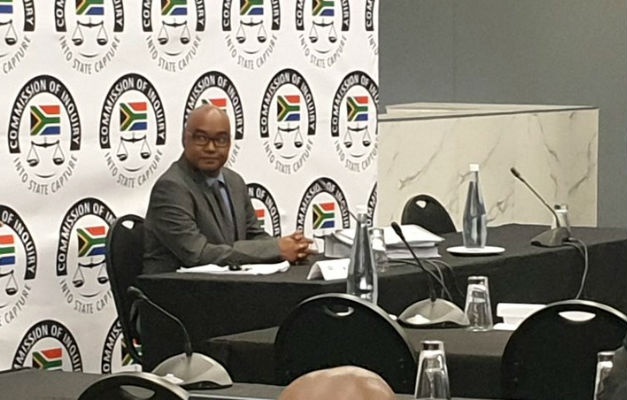 The now defunct TV news channel, ANN7, used its influence and proximity to the office of the presidency to manipulate the SABC into a one-sided deal that secured them 100 hours worth of archival footage, and put pressure on satellite television service provider MultiChoice to obtain a desired frequency for the channel.

These were some of the revelations made by ANN7’s former consulting editor Rajesh Sundaram, when he continued testifying at the state capture commission in Parktown on Tuesday.

He told the commission that he knew with certainty that ANN7 had obtained about 100 hours of archival footage from the SABC at a “throwaway price”.

Sundaram said Oakbay chief executive officer Nazeem Howa would brag during executive meetings, saying that ANN7 was obtaining a “sweet deal” for archival and contemporary footage as well as footage of buildings.

In Sundaram’s words, he said Howa described the pricing charged by the SABC as “peanuts” and highlighted that the news channel “didn’t even require cash bribes to get the deal. What they did was just taking people out for meals, as people at the SABC knew that the Guptas were close to the president.”

Sundaram says ANN7 paid a bulk rate for the footage and was at an added advantage as the SABC could not charge them extra for royalties as the public broadcaster had no means in place to keep track of how much footage ANN7 was using.

“The deal involved two parts, one the actual purchase at a price but also every time ANN7 used that footage there were some royalties that had to be paid, but the public broadcaster had no measures in place to keep track of how many minutes or seconds we used. We then could disclose that we used a minute or did not use anything and didn’t have to pay the extra,” said Sundaram.

He added that this footage scored from the financially struggling SABC “would have been worth millions of dollars”.

When informed by evidence leader Advocate Nothandi Norman that a former sales executive was set to testify after him and reveal that only 2000 minutes of footage was sold to ANN7, Sundaram responded: “Perhaps 2000 minutes were sold but 100 hours were given, I am aware of this for a fact. If you’re talking 100 hours, you’re talking 6 000 minutes.”

He added that he and other employees were told to “lie with a straight face” to staff at MultiChoice in terms of how ready ANN7 was to go live.

“A colleague was ordered to tell MultiChoice that the channel was doing dry-runs 24-hours a day when it was not,” said Sundaram.

He also alleged that ANN7 used the Office of the Presidency to put pressure on MultiChoice in order to obtain the desired frequency for the new channel, namely channel 404 on DStv.

These allegations come after Sundaram also disclosed to the commission that Gupta agents Ashu Chawla and Naresh Khosla fraudulently orchestrated South African work permits for Indian nationals, by falsifying and backdating the Indian employment contracts on which these permits hinged.

On Tuesday he went on to inform the Zondo commission that the Gupta brothers considered South African citizens as “lazy” and would rather bring in qualified employees from their native India to work them and reside them in appalling conditions.