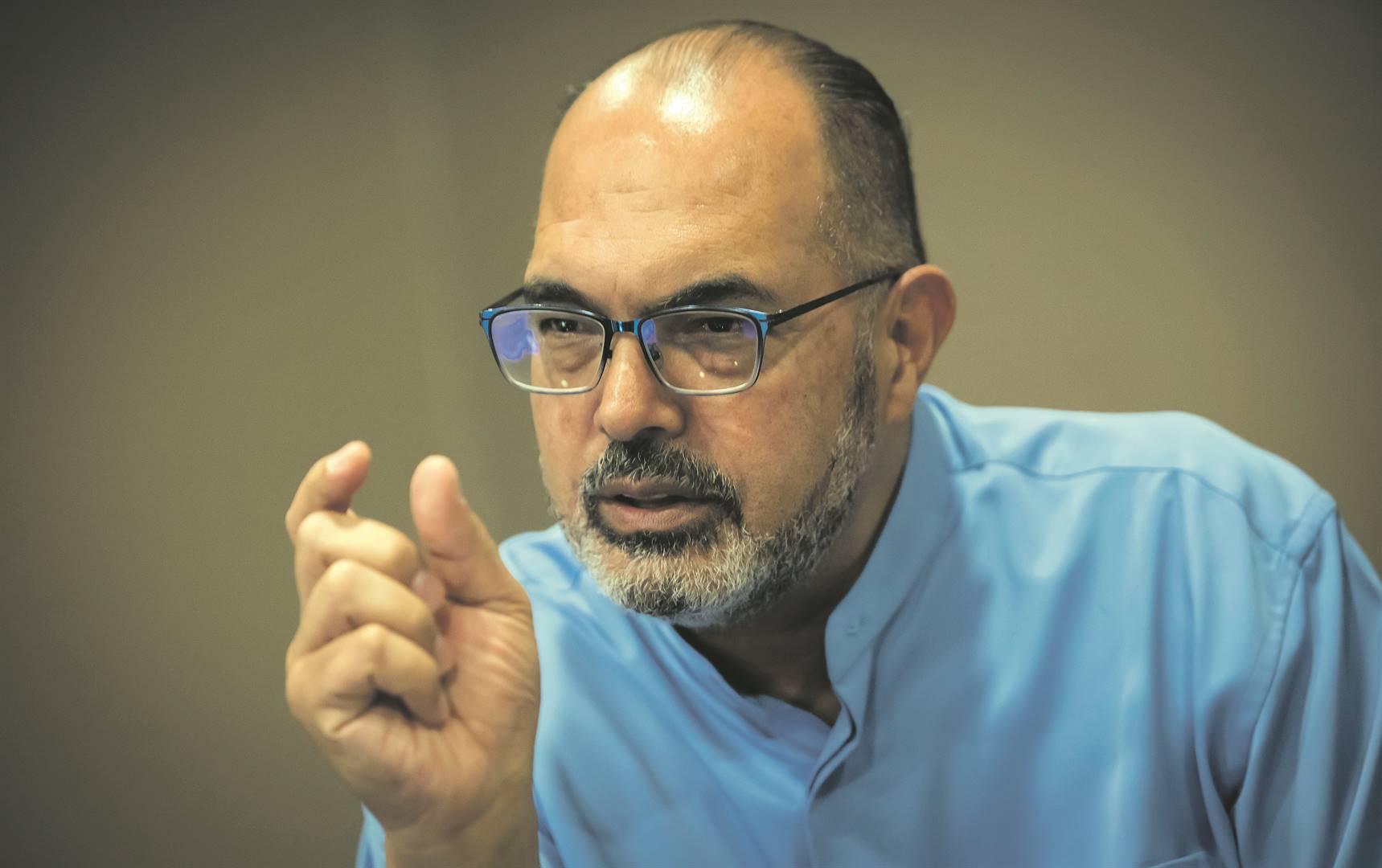 Edward Kieswetter has been accused of bowing to big tobacco

The SA Revenue Service (Sars) has been accused by some industry stakeholders of bowing to pressure from the tobacco industry and shelving a report recommending a “track and trace” process, which could be a major boost to revenue collection and curbing the illicit trade in cigarettes.

Sars had been planning to implement a digital marking system for fiscal verification, and tracking and tracing of cigarettes for over a decade.

After several postponements and claims of resistance from tobacco manufacturers to implement the electronic marking system, Sars now appears to have put the project on ice.

Sars has, however, denied that it has been lobbied by industry associations to date, and in correspondence that City Press has seen, it has indicated that there appear to have been some industry complaints relating to whether the tender process was above board.

According to Sars, problems with the tender for the track and trace system were an issue inherited by Sars commissioner Edward Kieswetter when he took over.

The issue dates to a period when there were serious allegations of statue capture at Sars, which was paired with a hollowing out of the revenue collector’s capacity.

The current diamond-shaped fiscal “stamp” embossed marking located on the bottom of cigarette packs, which indicates that tax has been paid, has been found to be insufficient, leading to the loss of more than R12 billion.

The report by Grant Thornton, which City Press has obtained, was commissioned by Kieswetter himself soon after he took over as Sars boss a year ago.

The advisory firm was appointed in August after Kieswetter halted a tender process aimed at appointing a service provider, citing the need for the procurement process to be “beyond reproach”, that there be sufficient consultation for there to be no conflicts of interests and for credible broad-based BEE participation.

After an extensive review, Grant Thornton gave Sars the go-ahead with a tender to appoint a service provider.

It also warned that there might be pushback from major tobacco manufacturers.

A notice on Sars’ website, published on May 4, reveals that Sars will no longer go ahead with the tender.

“Procurement of a Track and Trace Solution: Please note that a decision has been taken to discontinue this tender process and this is formal notification that RFP01/2019 is hereby cancelled,” the notice reads.

Kieswetter has, however, denied there was anything untoward about the cancellation of the tender, saying that, in his position, he was “responsible for ensuring the regulation of goods in the most effective and cost-effective manner possible.

That means that I have to apply my mind to and address any associated risk to the best of my ability.”

Estimates suggest that the revenue collector was losing between R10 billion and R12 billion a year due to the illicit trade of cigarettes and underdeclaration by some cigarette manufacturers.

Cigarettes are taxed at just over 50% of the cigarette price and observers say underreporting enables the big companies to evade full taxation.

The revenue collector currently relies on manufacturers to supply it with figures on how many cigarettes were manufactured.

Under the now-cancelled process, cigarette companies would have been expected to buy fiscal markers which were going to be used for each and every packet of cigarettes produced.

The cost of the fiscal marker was expected to be passed on to consumers.

However, some sources within the tobacco industry claim the track and trace system has been a headache for certain tobacco manufacturers who are not willing to be transparent with the exact figures of how much they were making out of cigarette sales.

“This is a very lucrative industry and there are a lot of illicit activities taking place. There are powerful businesspeople who own tobacco companies, there is also a lot of lobbying that takes place and I wouldn’t be surprised if Sars was lobbied by the industry players,” said one source within the tobacco industry.

‘IT SHOWS THE INFLUENCE OF BIG TOBACCO’

The tobacco industry has often been riven by deep conflicts between the interests of large multinational tobacco companies and smaller independent producers of cigarettes.

These conflicts have often played out in a public war of words between the organisations representing the two groups.

Fair-trade Independent Tobacco Association (Fita) spokesperson Sinenhlanhla Mnguni said they had noted that the postponement of the tender had come “after big tobacco made a fuss about Sars’ intentions to introduce a track and trace solution to monitor the cigarette trade”.

“This shows the extent and magnitude of the influence that these multinationals have over government and its agents,” said Mnguni.

He said Fita, an association of medium-sized manufacturers, had always maintained it was not enough to just limit the monitoring of the fiscal risks to the economy to only looking at excise taxes and illicit trade.

“One needs to look at the entire sector, across all tax types and along the value chain. It is only then that one will be able to determine the complete set of risks in the industry. Big tobacco is opposed to this as they were previously caught with their pants down to the tune of what is now in excess of R2 billion when Sars looked beyond just the illicit trade in cigarettes, which they are now being forcefully guided towards,” he said.

Mnguni said “multinationals dictate the public perception” by lobbying at policy levels, financing and “by pretending to be innocent victims through aggressive media and marketing campaigns, biased research papers and industrial espionage”.

“The result is that there is an extreme focus on the illicit cigarette trade only and hence a perception that this is the sole risk in the industry. This perception, of course, is very far from true.”

Prior to this week’s cancellation of the tender, it had already been put off three times.

Then, in an email dated August 5 2019, Sars said it had received complaints from one of the industry associations. It postponed the deadline of a pending tender process and kick-started the Grant Thornton review.

In that email, Kieswetter told his colleagues that he was concerned about the project as its “high prominence” was “crucial to building public confidence” in the organisation that had been nearly brought to its knees during the years of state capture.

He said he already raised “integrity issues” about the process, including whether it complied with Sars’ own policies as well as government procurement laws; whether all bidders had been treated fairly; and whether there were instances of potential conflict of interest in the formulation of the tender.

He also raised the question of satisfactory consultation as there were “many interest groups that will apply scrutiny in detail”.

“It was one of the first matters that was brought to my attention by one of the industry associations that criticised us for insufficient consultation,” he wrote.

He said the reputational cost of Sars halting the process “would pale into insignificance should we suffer the reputable damage in the event that the entire procurement be compromised”.

Kieswetter told City Press this week that when he took over as head of Sars, he had to “deal with a number of urgent inherited matters”, including the track and trace tender.

He had been alerted to certain concerns on the nature of the tender specifications and the level of consultation around the track and trace tender.

“The parties who had responded to the tender wanted to meet me to discuss their respective concerns. I decided not to get involved in any process to ensure that I did not [influence], nor would I be perceived to have influenced, the process and outcome in any way.”

He said he instructed senior managers involved to appoint an independent third party “to provide assurance in respect of the tender”. He had asked “a series of very pointed questions that had to be addressed to enable me to make a future decision on the need for and quality of the tender”.

“To date, I have neither met with, nor consulted any of the stakeholders despite numerous requests.”

He had also not received adequate assurance on the proposed governance model specified in the tender, which did not seem to meet World Health Organisation protocols.

These require that an acceptable track and trace solution should be under the “control” of the government and that obligations of the state in relation to track and trace may not be performed by or delegated to the tobacco industry.

Kieswetter said multisectoral consultation around a Sars compliance strategy on the illicit trade in tobacco was still ongoing. “This may or may not require track and trace,” he said.

We live in a world where facts and fiction get blurred
In times of uncertainty you need journalism you can trust. For 14 free days, you can have access to a world of in-depth analyses, investigative journalism, top opinions and a range of features. Journalism strengthens democracy. Invest in the future today. Thereafter you will be billed R75 per month. You can cancel anytime and if you cancel within 14 days you won't be billed.
Subscribe to News24
Related Links
Sars collects more tax, but is missing targets
Taxman to tighten compliance
‘I don’t like it, but must toe the line,’ says Mboweni on cigarette crusade
Next on City Press
Nsfas expected to make upfront payments of more than R6 billion to universities and TVET colleges