Secunda in Louisiana: A black community decimated by a Sasol petrochemical plant The poster for the award-winning documentary that exposes Sasol’s US dealings. Picture: Supplied

A shocking documentary tells the story of a black community decimated by a Sasol petrochemical plant. But it’s not in South Africa this time, it’s in a US town called Mossville. Grethe Kemp reports.

A film called Mossville has scooped up several awards at film festivals around the world, but outside of the US it will resonate nowhere as much as in South Africa.

Director Alexander John Glustrom’s documentary paints a picture we know well – black people being displaced as their land is degraded by a petrochemical plant.

This time it’s happened to Mossville, a Louisiana town founded by former slaves, where neighbours once lived in harmony insulated from the horrors of Jim Crow laws that enforced racial segregation in the southern US.

Today, surrounded by 14 petrochemical plants built by various companies, Mossville is the site of Sasol’s newest plant – a R323 billion project being built that will be the largest in the western hemisphere.

Glustrom gives us a deftly filmed, immensely bleak picture of the last remaining residents of the town, most of them terribly ill.

One is Stacey Ryan (48), who’s lived in Mossville all his life and has seen the neighbourhood he grew up in demolished. But Ryan has chosen to take a stand in his own way.

He lives in his parents’ home, a temporary home trailer smack in the middle of where the new Sasol facility is being built – and he refuses to budge.

Through Ryan we see the pressures of trying to fight a massive corporation that’s set to get rid of you. City Press caught up with Glustrom this week and we asked him whether he was surprised by the similarities between Mossville and what’s happened in many places in South Africa.

“The US also has a long history of forced removals and mistreatment of indigenous and black communities, so I wasn’t surprised to see that connection between the two countries,” he says.

“I think that the dangerous environmental conditions that communities of colour are disproportionately subjected to in both places are connected to the deep history of settler colonialism and white supremacism that the two countries share.”

Glustrom travelled to Secunda during the making of the documentary and found it potent to see how uncannily similar the two sites were.

“It was powerful for me to ... meet South Africans who look like they could be from Mossville, living under the same types of plants and smells that we are so familiar with in Louisiana. The struggles that people expressed to us in Sasolburg and Secunda almost directly mirrored the experiences of Mossville residents.”

Glustrom refers to this as “environmental racism” that “goes hand in hand with industrialisation”.

“It exemplifies how, around the world, communities of colour are more often subjected to hazardous environmental conditions than white communities. And it fits into the long history, dating back to slavery and colonialism, of white companies profiting off of the extraction of resources through cheap labour from non-white populations.”

Unfortunately, most class actions against the companies have been unsuccessful. 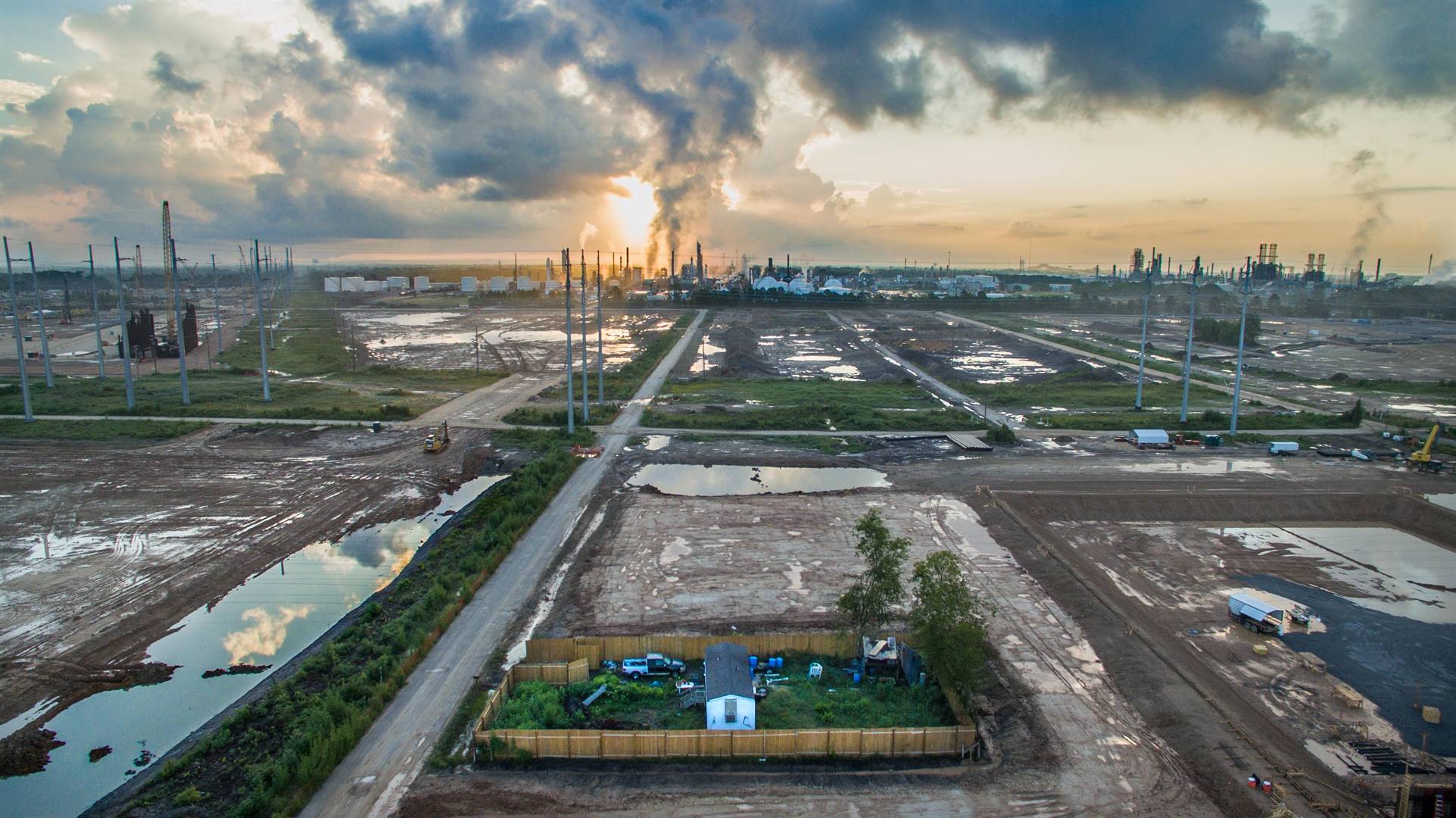 “In the late 1990s, the Agency for Toxic Substances and Disease Registry did a toxicology test of Mossville residents’ blood and found that the average dioxin level in people’s bodies was triple that of the general US population and among the highest ever recorded in the country,” says Glustrom.

The companies are accused of silencing residents.

“Sometimes when a spill takes place, instead of admitting wrongdoing, the industries will make an optional buyout offer to affected residents.

“When people accept the buyout money and give up their land they also – sometimes without realising it – end up signing away their right to sue for future health-related issues they may have,” says Glustom.

And government has done little to help. Though Glustrom says the state government did contribute to the buyouts that Mossville residents were offered when Sasol began construction, many residents feel they didn’t get enough to move to a house similar to what they had been living in.

During the documentary, we see Sasol plant security intimidating and barring Ryan from entering his own house.

It seems to be part of a strategy to make things so unpleasant for him that he finally gives up and leaves.

We asked Glustrom what his interactions with Sasol were during filming. The lack of any sort of comment from Sasol during the film is glaring.

“We have repeatedly requested interviews but have been denied each time,” he says.

“Most of my interactions have been the constant harassment by Sasol plant security for filming their facilities from public roads.”

He says Sasol even tried to use a US Patriot Act statute which states that it is illegal to take photos of “potential terrorist targets” to stop him from filming.

“One of the companies even alerted the FBI and claimed that I was ‘being suspicious’ near their plant, which caused a number of FBI agents to detain and interrogate me once I was back home. The agents could tell that I wasn’t a terrorist and seemed annoyed that they had even been contacted.” The film ends on an abrupt note, showing that the hope for any sort of compensation for the residents is almost zero.

It’s a story we’ve seen told and retold many times, and it will keep happening in the future.

“I wish there could have been more hope injected into the story, but that didn’t feel true to our characters’ realities,” says Glustrom in parting.

Sasol spokesperson Alex Anderson replied to the allegations in the documentary, saying: “From the early stages of our ethane cracker and derivatives project, we’ve continually reached out to Mossville residents to keep them informed of our plans and solicit their input on what we can do to make a positive difference in their community. The result is an extensive, ongoing partnership between Sasol and Mossville to address their desires, give them the choices they asked for and provide sustainable, long-term support to increase economic opportunities.”

Anderson pointed City Press to a website containing numerous accounts of what he calls “successes” with the Mossville community and video testimonials of residents who benefited from numerous interventions, including a voluntary property purchase programme, scholarships, history projects and business projects.

He said Sasol had not seen the film but was aware of it, but denied blocking Ryan from accessing his property.

“At times, during the site preparation and construction phases, we did develop alternative routes to these properties to ensure safe passage. This was completed in coordination with local government officials responsible for maintaining access for property owners.”

Anderson says that, contrary to the documentary’s findings, former Mossville property owners “embraced the programme”, were offered prices “well above market value” and provided with allowances for relocation.

Are there constitutional provisions to protect communities from being bullied by powerful conglomerates such as Sasol? Why are governments not enforcing them?

SMS us on 35697 using the keyword SASOL and tell us what you think. Please include your name and province. SMSes cost R1.50. By participating, you agree to receive occasional marketing material

We live in a world where facts and fiction get blurred
In times of uncertainty you need journalism you can trust. For 14 free days, you can have access to a world of in-depth analyses, investigative journalism, top opinions and a range of features. Journalism strengthens democracy. Invest in the future today. Thereafter you will be billed R75 per month. You can cancel anytime and if you cancel within 14 days you won't be billed.
Subscribe to News24
Related Links
Climate crisis: Bleak tour of the future
SA is mad and hungry. Could the climate crisis be to blame?
Poor African countries are a natural disaster away from a crisis
Next on City Press
Forensic probe into a failed land reform project is taking shape