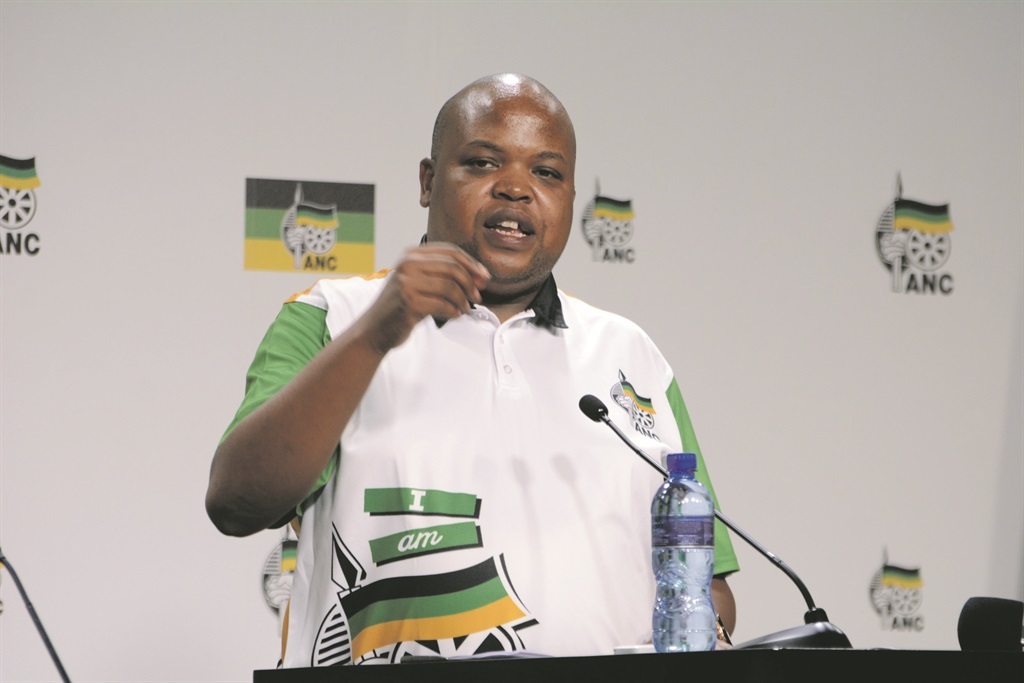 The ANC’s decision to disband its dysfunctional youth league last week seems to be creating new tensions within the movement instead of resolving the problems caused by an executive that has overstayed its term of office.

A vocal faction of the ANC Youth League (ANCYL), which calls itself the Revive ANCYL Movement, had been calling for the league’s executive committee to be disbanded because its members were too old and their term expired last year.

Most of them, aged over 35, were in Parliament and provincial legislatures.

In June the disgruntled members marched to Parliament where they handed their demands to the ANC.

Without mentioning names, Zuko Godlimpi, who has been at the forefront of calls for the executive’s disbandment, this week accused some senior ANC leaders of using the new national youth task team members to push their agendas.

The disgruntled movement members also claimed the new task team members were too old and accused them of being “long in the tooth pawns” who have been “strategically placed by senior ANC leaders as their ticket to attaining higher positions come the party’s 2022 elective conference”.

MP Tandi Mahambehlala is the convener while Luthuli House functionary Sibongile Besani will coordinate the implemention of the league’s programme of action, which includes working towards a national congress not later than January 31 next year.

But Godlimpi and his comrades are not convinced that the task team will achieve its mandate.

Spokesperson Thabo Mabotja said the inclusion of “old former youth league presidents is akin to retaining institutional memory” responsible for the league’s decline and its inability to be “politically agile and shape public discourse as used to be the case in its former days”.

Mabotja insisted that the ANCYL “has been relegated to being a vehicle used to fight factional battles by comrades in the ANC”.

“Comrades are using the youth league for their own interests. What is at play here is that comrades are positioning themselves for 2022. They see the league as a vehicle that will deliver top six positions come the 2022 elective conference.

Read: Why the ANC dissolved the youth league and North West provincial committee

“They will see to the appointment of someone, as youth league leader, someone who will make sure that the youth league will make silly pronouncements towards the national conference ensuring that those who have placed them in charge will be in power. That leader will make more of a mess as we approach 2022,” said Mabotja.

However, ANC secretary-general Ace Magashule justified the selection of the former presidents, saying it was necessary “because a majority of these individuals had been a part of the youth league structure, they would be equipped to manage the frictions that have been created”.

The Revive ANCYL Movement, however, was particularly offended by the inclusion of outgoing youth league president and secretary-general, Collen Maine and Njabulo Nzuza, respectively, to the team tasked with reviving an organisation the pair had a hand in destroying.

“Having people like Collen Maine in the task team does not work in the favour of the youth league. Maine has always been missing in action. He doesn’t care about the youth, all he wanted was his own personal affirmation. He wanted to be a minister as well as to be part of the NEC using the ticket of the ANC youth league, something that we are really against.

“He has done nothing for the youth league. Now there is a high youth unemployment rate which has been going up since the outgoing ANCYL leadership have never done anything to address,” said Mabotja.

Data released by Stats SA on Tuesday showed that in the second quarter of this year, unemployment spiked to 29% from 27.6% in the first quarter.

Godlimpi echoed Mabotja’s concerns, saying the only way forward would be for the ANC to engage the movement “in order to reach common ground on how best to enable the youth to take charge of the youth league and produce a new politics that resonates with young people in South Africa”.

“So far there has been no official communication with us from the ANC leadership at large,” he said.

We live in a world where facts and fiction get blurred
In times of uncertainty you need journalism you can trust. For 14 free days, you can have access to a world of in-depth analyses, investigative journalism, top opinions and a range of features. Journalism strengthens democracy. Invest in the future today. Thereafter you will be billed R75 per month. You can cancel anytime and if you cancel within 14 days you won't be billed.
Subscribe to News24
Related Links
No intention to start upheaval in SA – ANCYL on military training
Zuma: ANCYL must back a president who will follow through with party resolutions
ANC Youth League battles to stay afloat
Next on City Press
Oversight committee find farms in ‘deplorable’ conditions, non-compliance of minimum wage