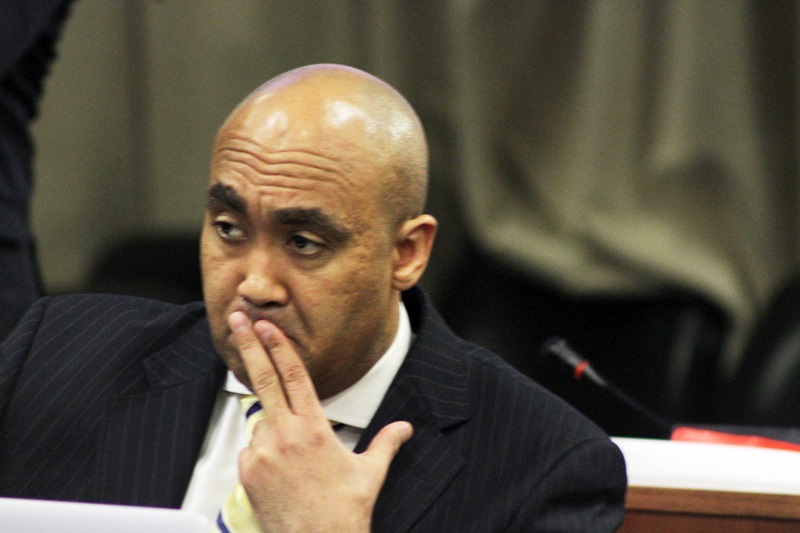 National Director of Public Prosecutions Shaun Abrahams has slammed the announcement by lobby group AfriForum that it would be prosecuting EFF leader Julius Malema, saying this was grandstanding and misinforming the public.

Without naming AfriForum, and while addressing topical issues that are in the media, Abrahams spoke of a non-governmental organisation (NGO) that called a media briefing “to announce to all and sundry” that it would be prosecuting Malema and others in respect of the On Point Engineering matter.

Abrahams was appearing on Tuesday before the National Assembly’s portfolio committee on Justice to discuss the National Prosecuting Authority’s (NPA) Annual Performance Plan and its budget.

Abrahams explained that the matter involving the firebrand politician was struck from the roll at the High Court in Limpopo in terms of the Criminal Procedure Act and that it required the authority of the director of public prosecutions concerned before criminal proceedings could be reinstituted.

Abrahams revealed that he had in fact appointed a new prosecuting team who, upon evaluating the evidential material, directed further investigations and interviewed numerous witnesses in clarifying specific concerns.

This, he said, was a normal practice for prosecutors and there was nothing untoward with the practice. “The NGO concerned had written to the NPA in relation to the matter and opportunistically ran to the media,” he said.

Abrahams also said he has been advised that the matter is presently under consideration and is at a very advanced stage.

The matter was also not under review by any prosecutor “as the public has been made out to believe”, he told MPs.

The prosecutions head, known for his monotonic deliveries, was visibly annoyed by AfriForum’s move and would get animated when talking about the group’s announcement regarding Malema’s case.

“We question the bona fides of the NGO concerned in corresponding with the NPA in this matter,” he said.

The only time anyone could approach the NPA for a nolle prosequi certificate – the certificate to institute private prosecutions – is when the NPA has declined to prosecute and that person meets the prerequisite requirements in terms of the Criminal Procedure Act, said Abrahams.

“Anyone that announces a private prosecution prior to the process being concluded in any matter is grandstanding and misinforming the public,” he added, revealing that he thought it was an error to strike the matter from the roll in the first case but that it had given them an opportunity to do more work.

On the matter involving former president Jacob Zum’s son Duduzane, Abrahams said after the director of public prosecutions in Johannesburg declined to prosecute, the Democratic Alliance wrote to the NPA requesting a copy of the docket and inquest proceedings.

The prosecuting authority directed the DA to the police and the clerk of the court who are respectively the custodians from which to obtain copies of those documents.

Abrahams said an NGO later requested the director of public prosecutions in Johannesburg for a nolle prosequi certificate.

“It was during this process that this matter landed on my desk with a recommendation that a prosecution be instituted against Mr Duduzane Zuma,” he said.

According to Abrahams, when such a recommendation lands on his desk and after applying his mind to the matter, and if he agrees that a prosecution should be instituted, he is required to write to the party concerned to request the person concerned provide further representations.

This provision is contained in the NPA Act and in the Constitution.

In 2014, Duduzane’s Porsche collided with a minibus taxi. Two women in the taxi died.

Phumzile Dube died at the scene‚ and Jeanette Mashaba died in hospital a few weeks after the crash, but her death was ruled to be the result of natural causes.

The NPA declined to prosecute Duduzane, leading to AfriForum announcing last year that it would seek a private prosecution of the former president’s son.

ANC MPs commended Abrahams and the NPA with justice committee chairperson Mathole Motshekga saying despite attempts to politicise the work of the NPA, the agency was taking action without fear or favour.

“We will also not be used by outsiders to attack government entities. They are trying to set the agenda. This can be confusing for the public,” said Motshekga.

But DA MP Werner Horn said it was concerning that it took an NGO’s threat to prosecute the two matters before the NPA made its move.

“Both matters were non-starters as far back as 2015. We should be worried that NGOs are now the ones forcing the reconsideration and review of matters … does that mean only matters that they bring to the fore will be addressed?” asked Horn.

We live in a world where facts and fiction get blurred
In times of uncertainty you need journalism you can trust. For 14 free days, you can have access to a world of in-depth analyses, investigative journalism, top opinions and a range of features. Journalism strengthens democracy. Invest in the future today. Thereafter you will be billed R75 per month. You can cancel anytime and if you cancel within 14 days you won't be billed.
Subscribe to News24
Related Links
‘No white man will decide my destiny’: Malema is ready for AfriForum
EFF tightens security following Malema assassination claims
AfriForum to prosecute Jiba, maintains Nel has no personal motive
Next on City Press
Bonang’s former manager files urgent interdict against her to retract social media statements