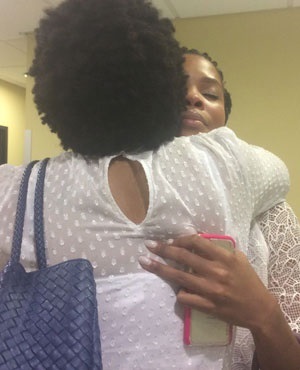 Public relations strategist Sihle Bolani will continue to fight the ANC, despite receiving death threats and losing a court application against the party.

Bolani, who claims she is owed R2.2 million for work done as part of a campaign aimed at tarnishing the image of opposition parties, was a key member of a covert team initially known as the War Room.

According to court papers filed by Bolani in the South Gauteng High Court, the ANC planned to spend R50 million on the campaign targeting opposition parties in the 2016 local government elections.

The campaign intended to “disempower Democratic Alliance and Economic Freedom Fighters campaigns” and set a pro-ANC agenda using a range of media, without revealing the ANC’s hand.

“I have the truth on my side, they can duck and dive all they want, but [they] can’t hide from the truth forever,” Bolani said today.

Bolani spoke to News24 minutes before the high court dismissed her urgent application against the ANC.

The publicist made damning claims in an affidavit that the ANC owed her R2.2 million for work she had done during the campaign.

Part of her job was to increase a positive narrative around the ruling party in the lead up to the 2016 municipal elections.

A tearful Bolani told News24 that she found it incredibly disheartening to realise there seemed to be no legal recourse available to those seeking to challenge a powerful organisation like the ANC.

“You realise they have their hands and feelers everywhere and everyone is too afraid to stand up for justice, because they think they are not going to get any more business opportunities from government, or sustain their businesses.”

She said not was “insane” that the ANC continued to act with such impunity.

Earlier, she represented herself in court, claiming that no one wanted to assist her in taking on the ANC.

Bolani said she had also received calls, warning her to not pursue the matter.

Gauteng police spokesperson Kay Makhubela confirmed that a case of intimidation had been opened by Bolani in Norwood, Johannesburg, on Monday.

Non-profit investigative journalism centre Amabhungane reported that its journalist had also received what appears to be threatening messages while working on the story. The centre said it had reported the incidents to the ANC and the South African Police Service.

‘A reflection of what they represent’

Bolani’s mother, Phumla, broke down while trying to comfort her daughter. She said the ANC’s actions did not make sense to her.

“It’s a reflection of what they represent. [They] keep saying as leaders they need to choose people with the right character, but they keep doing things that are damaging to young women and men, especially young African women,” she said.

She questioned how the ANC could cause her daughter, a young professional, misery at the same time that it was asking young black professionals to support the 105-year-old movement.

Amabungane reported earlier today that the court had awarded costs in favour of the ANC after the party said that, as a non-government organisation, it relied mainly on membership fees.

“You can’t contract people and then say you are an [non-government organisation]. How do they afford to pay for the celebrations of the January 8?”

‘You are not here to change the ANC’

The ANC issued a defence, claiming that it had no dealings with Bolani. This is despite an affidavit from party general manager Ignatius Jacobs, admitting that Bolani had volunteered to work for the ANC in the lead up to the local government elections.

Bolani said, when she became involved in the project, the mandate was to establish positive rhetoric around the ANC and to destabilise the positive growth of opposition parties.

“My initial approach was to first deal with the actual issues within the ANC, [like] being accountable, speaking to the people and being transparent,” she said

She said that when she raised the issues, she was told: “You are not here to change the ANC, just do what you are here to do and leave. The rest is not your business, just take your money and go. Money that I ironically never got.”

DA member of Parliament James Selfe confirmed today that the party was considering legal action against the ANC for its election “black ops”.

“In particular, the claims regarding fake opposition posters and the establishment of fake news agencies and television shows is an extreme abuse of democratic processes.

“If true, these allegations show that the ANC is willing to manipulate and undermine ethical democratic conduct and action in order to ensure continued government rule. Such allegations can only be treated in the most serious light,” Selfe said.

“The ANC has shown repeatedly its failure to deliver services for the people of South Africa and this ‘black ops’ revelation shows that the ANC may have stooped to a criminal level to subvert democratic processes and hold on to power.”

Read more on:
ancsocial media
WINNING WOMEN
for subscribers
Winning Women | Poetry is about telling stories to the world

Choose a newsletter
Voting Booth
Do you think the ANC Gauteng integrity commission overreached in recommending that Gauteng Health MEC Bandile Masuku should step down?
Please select an option Oops! Something went wrong, please try again later.
Yes, he had a good case
11% - 10 votes
No, they’re taking on corruption
48% - 42 votes
Same old story
40% - 35 votes
Previous Results
Podcasts
Should I pay extra into my mortgage with these lower rates?