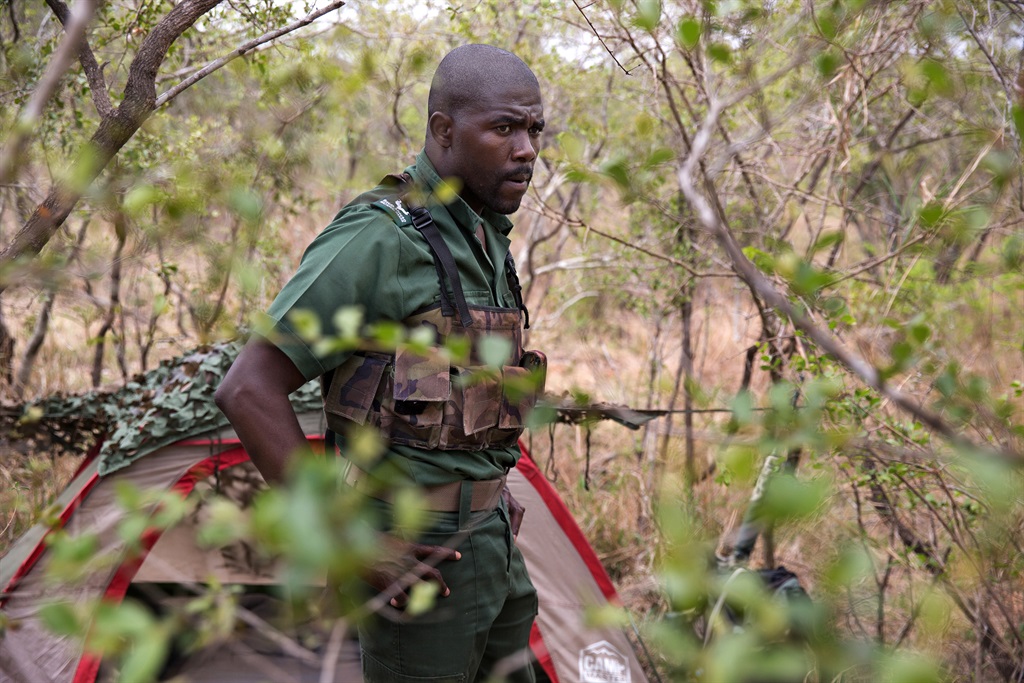 Their trial dates have been set for Tuesday until Friday. But the case was postponed yet again - this time to postponed to November 22 because the court dates of the accused’s legal representative clash with another trial.

The pair were arrested for the possession of two rhino horns, a firearm and ammunition.

They were found in the possession of several poaching instruments, including a rifle and 17 rounds of ammunition.

Apart from the two rhino horns found in the men’s possession, the police also confiscated four cellphones, an axe and three Garmin navigators at the time of the arrest.

Landela was a star ranger, having climbed the ranks from field ranger to section ranger and finally regional ranger before his fall from grace. His career spanned 15 years.

His arrest was unexpected.

The duo was released on bail in December 2017 and, due to a string of postponements and delays, are yet to be sentenced.

On the fated day of their arrest, three gunshots being fired alarmed rangers, setting them off to investigate. On their way to find the perpetrators, two men fled in a bakkie, leaving a white rhino carcass behind. A team of rangers pursued the vehicle.

Landela, who was left behind, had allegedly instructed Motshotso to drive off.

After a while, Motshotso returned. Rangers traced his tracks and found that he had driven off to hide horns and a hunting rifle.

Corruption and greed are the driving forces behind bringing rhinos to the edge of extinction in the wild.

With the promise of a lucrative cash incentive, park staff can be wooed, while others are threatened into submission by kingpins.

“For many, it’s monetary, but for some, their families are threatened, as they live in the surrounding communities while they (the rangers) live in the park,” Dreyer says.

The number of rhinos poached between January and June is already 10 more than the 249 poached countrywide in the first six months of last year.

From January to the end of June, 82 rhinos were killed for their horns in the Kruger National Park.

This year’s poaching statistics show that 210 rhinos on state properties and 49 in privately owned parks have been killed.

KwaZulu-Natal recorded a loss of 133 rhinos. This is more than triple the 33 rhinos killed in the province in the first six months of last year.

While the latest data show a move away from the Kruger National Park, where intense conservation efforts are under way, a loss of up to 78% of its population over the past 10 years is dire.

In a bid to deter poachers, more than half of the rhino population in the Kruger National Park has been dehorned – starting with the animals living in high-risk areas.

We live in a world where facts and fiction get blurred
In times of uncertainty you need journalism you can trust. For 14 free days, you can have access to a world of in-depth analyses, investigative journalism, top opinions and a range of features. Journalism strengthens democracy. Invest in the future today. Thereafter you will be billed R75 per month. You can cancel anytime and if you cancel within 14 days you won't be billed.
Subscribe to News24
Next on City Press
Why Cosatu axed general secretary at congress