Smoking could be dead in 15 years 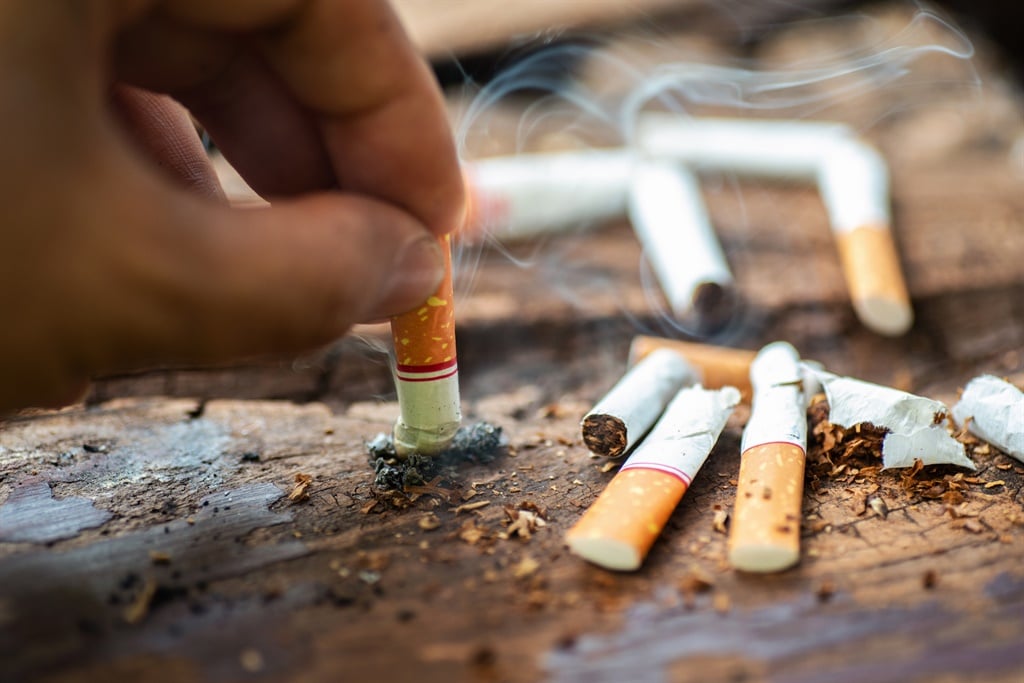 According to the World Health Organisation, there are 1.3 billion smokers in the world, with 80% of them being in the middle to lower income groups. Picture: Getty Images/Gallo Images

The head of one of the world’s biggest tobacco manufacturers believes that cigarettes could be obsolete in many countries within the next 10 to 15 years.

The company’s strategy is to actively encourage its customers to switch to vaping, which Calantzopoulos and his company have argued is the future of the industry.

But despite Philip Morris and other big tobacco companies extolling the safety virtues of vaping, experts and public health authorities deem it hazardous.

The tendency of individuals to put their self-centered impulses ahead of community wellness remains on display.
Philip Morris International CEO André Calantzopoulos

Cantzapoulos claimed that 11.2 million smokers people had already switched to Philip Morris’ smoke-free products, which is an encouraging sign.

“A future in which cigarettes are obsolete is within reach,” he said.

If Calantzopoulous’ prognosis is accurate, it would be an incredible feat.

According to the World Health Organisation, there are 1.3 billion smokers in the world, with 80% of them being in the middle to lower income groups.

Tobacco use claims 8 million lives a year, mostly in developing and underdeveloped nations.

Read: How the great tobacco debate played out on social media

Calantzopoulos said that to achieve this, humanity would have to get over partisanship and polarisation, and embrace science.

In apparent reference to the anti-tobacco lobby which rejects all forms of nicotine consumption, Calantzopoulos said: “The tendency of individuals to put their self-centered impulses ahead of community wellness remains on display.”

The best choice is never to start smoking or to quit tobacco and nicotine altogether.
André Calantzopoulos

He said the Covid-19 coronavirus had proved that instead of using science, facts and inclusion, hard ideology was still driving divisiveness.

“Divisiveness, a binary choosing of sides, not only hinders progress but threatens to thwart it. Science can be, and is being, weaponised to suit narrow agendas...

“Science and facts are being held hostage – and distorted – by politics, and people are suffering as a result,” he said.

He added that he was experiencing first-hand how detrimental polarisation was to making progress in eradicating smoking.

“Today, science-based innovative products that do not involve combustion offer a better alternative for those men and women who would otherwise continue to smoke. To be clear, these products are not risk-free. The best choice is never to start smoking or to quit tobacco and nicotine altogether. But for those adults who would otherwise continue to smoke, scientifically validated, smoke-free products are a much better choice than cigarettes,” said Calantzopoulos.

Instead of seizing this opportunity, “political agendas and ideology are slowing progress and keeping millions of people uninformed”.

“Rather than holding an evidence-based conversation on how best to regulate these innovative products to help adult smokers leave cigarettes behind, we are often faced with an ideologically driven resistance from some public health organisations and NGOs,” he charged.

He accused these organisations of using disinformation to appear as legitimate science, punting poorly executed scientific studies with skewed results shaped by bias. This leads to misleading media headlines becoming the norm, he said.

We should not allow science to be politicised and polarised.
André Calantzopoulos

“They put dogma before data and they expend more energy on attacking a company than on helping the human beings who should be at the centre of the debate.

“What is the result? Many adults who smoke are confused about these better alternatives and so continue to use cigarettes – the most harmful way of consuming nicotine. This is inexcusable. We must ask: ‘Who will take responsibility for denying these adults access to and accurate information about science-backed innovations? Who will be held responsible for the real-world consequences of dogmatic thinking?’” said the CEO.

In a contentious attack, he effectively compared NGOs to climate change deniers and anti-vaccine campaigners who thrive on “uncertainty, polarisation, hyperpartisanship and ideology”.

“The public has a right to decision-making and information based on science. We cannot allow politically driven, well-funded individuals to prevent the world’s citizens from learning about and accessing smart solutions. Whether we are talking about vaccines, carbon emissions or tobacco harm reduction, we need science, not rhetoric, to inform policies and regulations,” he said.

He argued that with right regulations and related information, smokers could switch out of cigarettes much faster.

“Let’s put these people – not politics – at the centre of policymaking. Science secures progress. It secures solutions. It brings hope at a time when global challenges are so great they threaten to overwhelm. We should not allow science to be politicised and polarised,” he said.

We live in a world where facts and fiction get blurred
In times of uncertainty you need journalism you can trust. For only R75 per month, you have access to a world of in-depth analyses, investigative journalism, top opinions and a range of features. Journalism strengthens democracy. Invest in the future today.
Subscribe to News24
Related Links
How food, alcohol and tobacco industries use Covid-19 for commercial gain
It’s official: Level 2’s booze, smokes and local travel have been gazetted
Next on City Press
Digital Vibes contract: Nehawu president calls on Mkhize to pay back the money

view
Voting Booth
Tourism Minister Mmamoloko Kubayi-Ngubane will act as health minister after President Cyril Ramaphosa placed Health Minister Dr Zweli Mkhize on special leave while the SIU completes the probe into the irregular Digital Vibes contract. What are your thoughts on this?
Please select an option Oops! Something went wrong, please try again later.
Special leave is a whitewash.
40% - 127 votes
SA’s tourism sector needs undivided attention.
4% - 13 votes
Let's wait and see
9% - 29 votes
What is the point of deputy ministers?
47% - 151 votes
Previous Results
The best of 2020
Can you guess who featured in our most popular articles from 2020?