Sona 2020: Decentralisation of power generation gets the green light 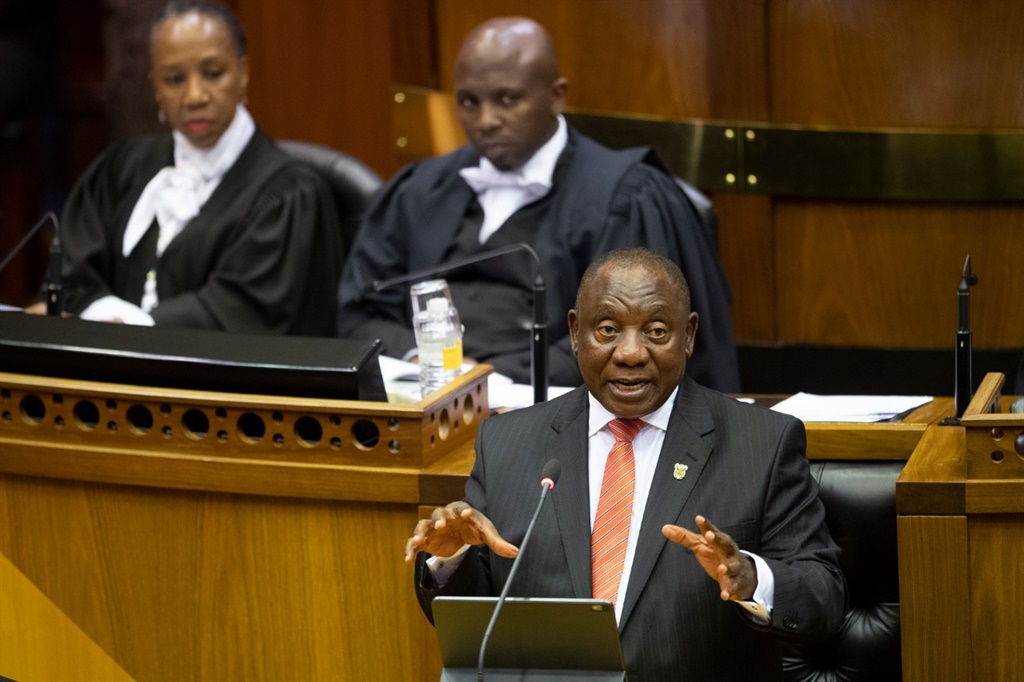 President Cyril Ramaphosa has given the green light for the decentralisation of power generation. Picture: Jaco Marais

President Cyril Ramaphosa has given the green light for the decentralisation of power generation, signalling a new “trajectory of energy generation,” even as planned power outages are set to continue.

In his fourth state of the nation address since taking over from former president Jacob Zuma in 2017, Ramaphosa conceded to the “debilitating effects of load shedding”.

“It has severely set back our efforts to rebuild the economy and to create jobs. Every time it occurs, it disrupts people’s lives, causing frustration, inconvenience, hardship. At its core, load-shedding is the inevitable consequence of Eskom’s inability over many years – due to debt, lack of capacity and state capture – to service its power plants.”

He said that load-shedding was likely to be ongoing over the coming months but that it should not be spontaneous or unannounced.

“The reality that we will need to accept is that in order for Eskom to undertake the fundamental maintenance necessary to improve the reliability of supply, load-shedding will remain a possibility for the immediate future.

Where load-shedding is unavoidable, it must be undertaken in a manner that is predictable and minimises disruption and the cost to firms and households.”

In addressing the need to urgently increase generation, Ramaphosa announced seven measures that would be undertaken in the coming months. These measures included bringing on board independent power producers who could alleviate some pressure from the grid and even supply power to municipalities.

The DA has long since been involved in a bid to get approval to procure power from independent producers for municipalities which are governed by the party.

In the City of Cape Town, the party went as far as to drag the government to the high court to compel it to allow the procurement of power from outside Eskom.

The measures announced by the president are:

The measures announced by the president are:

It should be noted that there is now no limit to installed capacity above 1MW.

In a statement issued by the DA this evening, the official opposition welcomed the move but said that it was not enough.

“So while we welcome the announcement of plans to add additional energy to the grid, promises to process applications by commercial and industrial users to produce their own power within 120 days, as well as the decision to back the DA’s long-fought proposal to allow municipalities to procure their own power from independent producers, this is simply not enough,” the statement read in part.

The president was mum on the plan to reduce the embattled state-owned entities growing debt crisis. Trade union federation Cosatu this week had proposed that the Public Investment Corporation may be amongst some of the state institutions which could come to Eskom’s rescue.

Ramaphosa’s address was delayed by almost two hours as the EFF reiterated the call for public enterprises minister Pravin Gordhan to be axed from cabinet for what the party called presiding over failing state-owned entities. After a short adjournment of the joint sitting, EFF MPs left the house.

We live in a world where facts and fiction get blurred
In times of uncertainty you need journalism you can trust. For only R75 per month, you have access to a world of in-depth analyses, investigative journalism, top opinions and a range of features. Journalism strengthens democracy. Invest in the future today.
Subscribe to News24
Related Links
Ramaphosa focuses on 6 key areas to fix youth unemployment
Sona down, now can Mboweni pull a rabbit out of his hat for Budget Day?
‘Pravin must go’ – Sona 2020 suspended following an hour of EFF disruptions
Next on City Press
Umlando dance moves land Ranaka in hot water with SABC