An artisan paints a diya for the Diwali festival in the rural area of west Bengal, India. Picture: Sonali Pal Chaudhury/NurPhoto via Getty Images

The festival of lights, a celebration of good over evil, takes place this weekend as millions of Hindus across the globe celebrate one of the most auspicious times of the year, Diwali.

In preparation for this festival, families have been busying themselves for weeks by spring-cleaning their homes and making delicious treats, including burfee, ladoos and biscuits. But Diwali is more than just a time for indulgence – it is a time to reflect and feel gratitude as Hindus welcome in the new year according to the Hindu calendar. Sweetmeats or mithai are made and then distributed among family and friends during Diwali. Picture: Education Images/UIG via Getty Images

Celebrated on different days according to the lunar cycle every year, the history of Diwali goes back to the popular story in the Ramanaya, the great Hindu epic.

According to the Ramayana, Rama, the prince of Ayodhya, was ordered by his father, King Dasharatha, to leave his country and return after living in the forest for 14 years. Exiled with his wife Sita and brother Lakshmana, Sita was abducted by the demon king Ravana. Rama had to rescue Sita form Ravana’s clutches in the kingdom of Lanka, where he fought and killed Ravana. Upon their return to Ayodhya, the people of the city celebrated the return of their prince. To celebrate their safe return, they lit up their homes with clay lamps, or diyas, burst crackers and decorated the city. A firecracker lights up the sky as candles and lamps are seen lit across a field ahead of Diwali in ALLAHABAD last year. Picture: Amar Deep/Pacific Press/LightRocket via Getty Images

That is how Diwali was born.

In the modern world, there are no demon kings to be fought, but there are battles that people face every day. To ensure that homes are blessed with light and love, Diwali is seen as an auspicious time for families to come together and rejoice in their personal triumphs and battles of good over evil.

An artisan paints a diya for the Diwali festival in the rural area of west Bengal, India. Picture: Sonali Pal Chaudhury/NurPhoto via Getty Images

In India, Diwali is usually a one-week affair, celebrated in true opulence and grandeur. Not a home will be without a light, nor a treat to sweeten the palate. 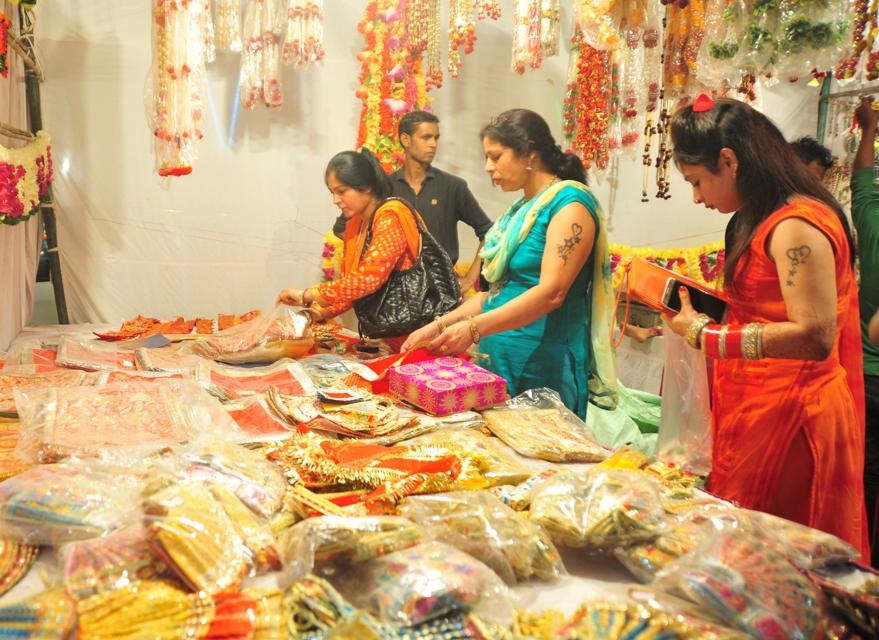 Women buy decorations ahead of the Diwali festival in India, on Thursday, October 27. Prabhat Kumar Verma/Pacific Press/LightRocket via Getty Images

Added to the traditional exchange of parcels and lighting of lamps, homes are usually decorated with elaborate rangoli designs, which are made with rice, powdered dye, sand or any other coloured grain-like substance. Prayers are observed and new clothes are purchased to ensure that everyone is dressed their best. This year, Diwali is celebrated on October 29 and 30.

We live in a world where facts and fiction get blurred
In times of uncertainty you need journalism you can trust. For 14 free days, you can have access to a world of in-depth analyses, investigative journalism, top opinions and a range of features. Journalism strengthens democracy. Invest in the future today. Thereafter you will be billed R75 per month. You can cancel anytime and if you cancel within 14 days you won't be billed.
Subscribe to News24
Next on City Press
Full list: 37 out of over 300 hospitals exempted from rolling blackouts