Spin or not? I’d get an H for state capture, says Gupta firm boss 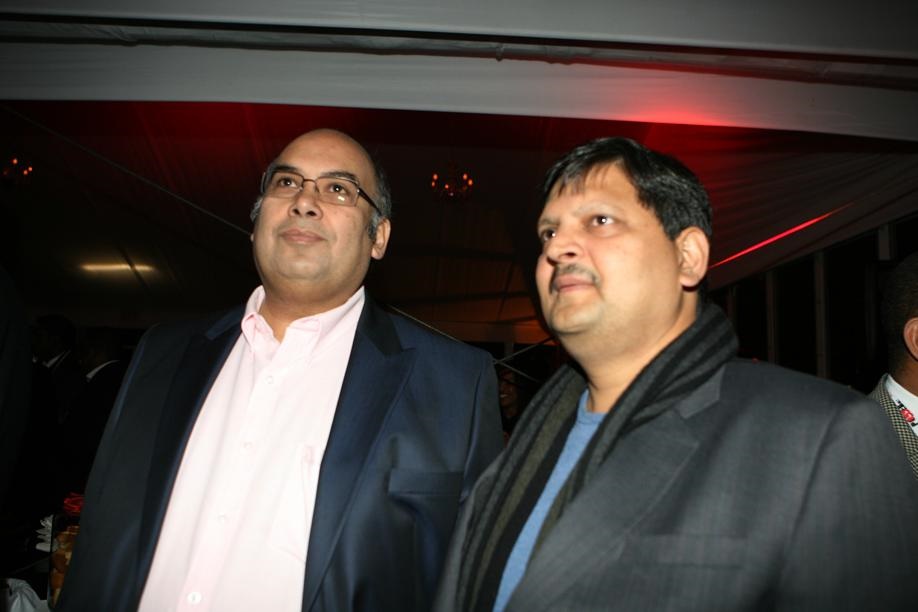 The ANC announced recently that it would investigate the Gupta-owned companies to test allegations that they use political influence to score government business contracts.

The Guptas, who are close family friends with President Jacob Zuma, have been accused of selecting ministers for Zuma to appoint based on promises they will assist the Guptas in their business dealings.

Howa said Oakbay’s 2015 results revealed only 1% of their turnover came from the government, but reports indicated that the Guptas had their sights on Transnet and Eskom contracts. Many board members on these state-owned entities were reportedly linked to the family.

Howa was speaking on the breakfast show on SABC2 today. The show is sponsored by the Gupta-owned companies New Age newspaper and JIC Mining Services. It is not clear whether this appearance was part of a new public relations strategy, because the famous British firm Bell Pottinger recently took on the Guptas as a client.

Clients have included FW de Klerk, when he ran against Nelson Mandela in 1994’s first democratic elections, Rebekah Brooks, amid the News of the World phone-hacking crisis, arms conglomerate BAE Systems, and Oscar Pistorius, after he killed Reeva Steenkamp. It fames itself on working for people “who want to tell their side of the story“, the UK-based Guardian reported.

Victoria Geoghegan, a partner at Bell Pottinger, told Fin24 today that the firm “does not comment on client contracts” when asked to elaborate on its work with the Guptas.
“If you were my teacher and you were to grade me on state capture, I think I would get an H,” Howa told SABC2.
“I think it [state capture] has become a side show,” he said. “The shareholders or any of our professional chief executives who run any part of our business have never spoken about its ability to capture state or appoint ministers.
“One would then have to assume that we have a puppet government in place to say that we can influence any particular leader,” he said.
“I don’t believe that any of our leaders can be called a puppet in any way. “We’re primarily business people,” he said.
“We want to do business, we don’t want to get involved in politics.”
The former Independent News and Media executive director said Oakbay was targeted because it had been a disruptor in various established markets.

The Gupta empire by CityPress

He identified three stages of disruption: The launch of Sahara Computers in the IT retail sector, the launch of The New Age in the media industry and the recent acquisition of Optimum from Glencore in the coal industry.
The latter two stages gained criticism due to links with government, with the New Age receiving more government advertising spend than other media houses without reporting any circulation figures.
Zuma’s son, Duduzane, was a major shareholder in the new Optimum deal through Tegeta and there were allegations that the Guptas influenced the appointment of Mines Minister Mosebenzi Zwane in 2015.
The Sunday Times reported that Zwane met with Glencore chief executive Ivan Glasenberg last years at the Dolder Grand Hotel in Zurich to facilitate the sale of the mine, Bloomberg reported.
“A delegation representing the Guptas left Zurich on December 2, the same day Zwane departed.”
The ANC said it would investigate claims of Gupta state capture after Deputy Finance Minister Mcebisi Jonas and former ANC MP Vytjie Mentor claimed the Guptas offered them ministerial roles. Former GCIS chief executive Themba Maseko claimed the Guptas demanded he meet them to ensure The New Age could get government advertising.
The Guptas have denied all allegations and welcomed the investigation.
“We welcome this process, which should ultimately allow the truth to be recognised and end this current trial by innuendo and slander. We will fully cooperate with the office of the secretary-general during the information gathering process,” Oakbay Investments said in March.
Howa told SABC that with the acquisition of Optimum coal mine, Oakbay and subsidiary Tegeta would only supply 5% of Eskom’s total coal supply.

“Four other companies supply 80% of Eskom’s total coal,” he said. “We really are nothing in terms of doing business with the state.”

Following reports that KPMG, Absa, Sasfin Capital and FNB had cut ties with the Gupta-owned businesses, Oakbay released a statement yesterday slamming the most recent decision by FNB.

“Oakbay Investments demands an explanation from Jacques Celliers, the head of First National Bank, for the closing of the company’s accounts,” the company said.
“Oakbay has received no reason whatsoever justifying FNB’s actions.” – Fin24
We live in a world where facts and fiction get blurred
In times of uncertainty you need journalism you can trust. For 14 free days, you can have access to a world of in-depth analyses, investigative journalism, top opinions and a range of features. Journalism strengthens democracy. Invest in the future today. Thereafter you will be billed R75 per month. You can cancel anytime and if you cancel within 14 days you won't be billed.
Subscribe to News24
Related Links
At home in Saxonwold and Saharanpur
Gupta ship abandoned
Vytjie Mentor calls for an independent probe into ‘state capture’
Next on City Press
Six years on and former Kruger ranger and state vet yet to face the music for rhino poaching