Tired of giving the banking industry billions each year and receiving nothing in return? The taxi industry is considering establishing a cooperative bank to further its operational interests.

The establishment of such a bank could be one of the most pivotal discussion points to be had at next month’s National Taxi Lekgotla.

Speaking to City Press, SA National Taxi Council Association (Santaco) spokesperson Thabiso Molelekwa said the taxi industry and its associations had been hard at work “putting structures in place throughout the country to work towards the common goal of bettering the situation and difficulties faced by the taxi industry and having a successful lekgotla”.

Molelekwa said the establishment of a bank was identified as a potential answer to some of the problems plaguing the industry.

“In principle, we are for the establishment of the bank, primarily because we have always wanted to have some form of a well-established and well-grounded bank for the industry,” he said.

According to Transport Minister Fikile Mbalula, a number of discussions are set to take place during the lekgotla, including those around the regulatory framework of the taxi industry. 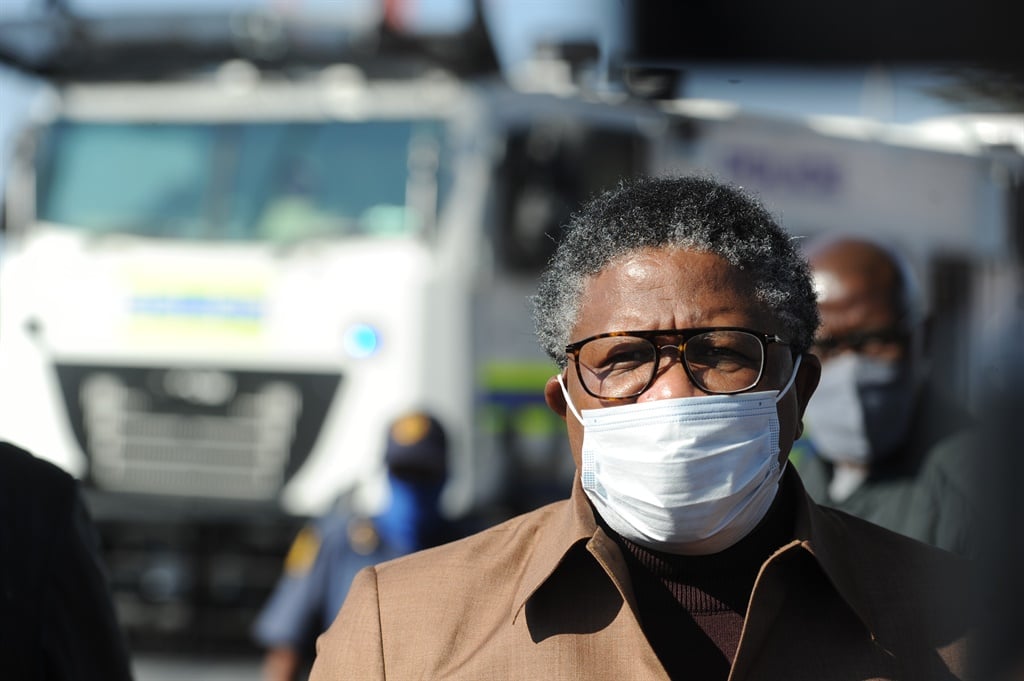 The lekgotla is also aimed at reimagining a taxi industry that is a major player in the economy.

The bank will, over time, build on other products and services to ensure that operators are able to work and grow.
Santaco spokesperson Thabiso Molelekwa

“In as far as what the bank should do, our view is that it must be able to speak to the operational needs of the taxi business. Collectively, as the taxi industry, we give banks about R2.3 billion a year just on vehicle financing, but the industry still continues to pay high interest rates.

“Taxi operators and owners still face the issue of their vehicles being repossessed. There should be flexible operating packages and operators should pay low interest rates. The bank should be developmental and encourage business sustainability,” Molelekwa said.

While he admitted that the establishment of a bank would not be an easy task, he said the industry hoped that it would not take more than a year.

“Coming back from the lekgotla, we should hit the ground running in working tirelessly to get the bank established as soon as possible,” he said.

“The bank will, over time, build on other products and services to ensure that operators are able to work and grow. Operators should be able to build some kind of circular economy through the bank so that the bank can also grow and expand to sustain the industry.”

According to Mbalula, as he released the discussion documents ahead of the lekgotla, “we have to admit that the regulatory framework [around the taxi industry] remains weak and ineffective owing to a fragmented approach in law enforcement.

This is a matter that as government we must pay urgent attention to,” he said, adding that “associations remain unregulated and operators are not held accountable for their conduct through effective law enforcement”.

Other discussion documents address issues around empowerment, unity and leadership of the industry, as well as professionalism and care, which deal with the need for the industry to embrace a professional image and culture underpinned by respect for the commuter.

Conversations on the prevalence of gender-based violence in the taxi industry have been muted for too long, and this remains a source of serious concern.
Minister Fikile Mbalula

“In building a customer-centric ethos, the rights and interests of passengers and other road users must always underpin the taxi industry we want to build. It is equally important that the complaints mechanism must find expression in the code of conduct envisaged in law and must be effective, with tangible consequences.”

The document also delves into gender-based violence within the industry.

“Conversations on the prevalence of gender-based violence in the taxi industry have been muted for too long, and this remains a source of serious concern,” Mbalula said.

“The discussions on gender-based violence must occupy centre stage and we must collectively find sustainable measures to address this decisively.”

Related Links
Tshwane taxi dispute is ‘complex’
Taxis refuse to comply until state alters offer
Santaco: We will take precautions while filling taxis to capacity
Share
Next on City Press
Covid-19 brought public and private health sectors together but what does the future hold? Choose a newsletter
Voting Booth
Will the move to alert level 1 change the way you approach your personal and professional life?
Please select an option Oops! Something went wrong, please try again later.
No, already living the ‘new normal’
46% - 36 votes
Yes, I can finally emigrate
19% - 15 votes
Yes, my business can finally thrive
4% - 3 votes
I just wanna do the Jerusalem challenge
9% - 7 votes
No, I am still scared
23% - 18 votes
Previous Results
Podcasts
Podcast | Know the difference between good, bad and ugly credit