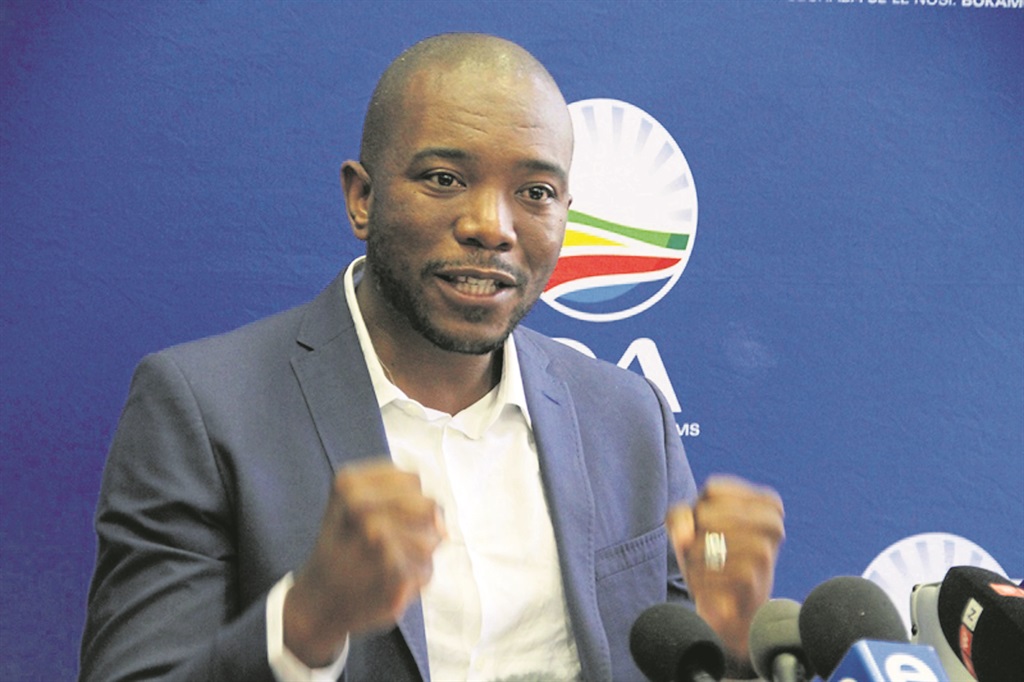 Eskom and the current electricity crisis that has seen the country plunge into stage two load shedding was high on the agenda as the Democratic Alliance’s Federal Executive (FedEx) convened for its final sitting on Friday and Saturday.

“On top of the FedEx’s agenda this weekend was South Africa’s persistent and crippling energy crisis, which reared its ugly head again over the past month with the reintroduction of electricity cuts affecting all corners of the country.

“As the DA, we sympathize with South Africans, whether ordinary consumers or vital players in the economy. The fact is we all suffer when the ANC government fails at basic tenets of governance, and fails to provide a basic need – electricity,” said DA Leader Mmusi Maimane.

The DA said it was not shocking that while former president Jacob Zuma promised the country over two years ago, in May 2016, that there would “never be load shedding again”, electricity rationing is yet again a reality that South Africans are faced with.

“This promise could never be kept without any fundamental and structural change to both Eskom and the energy sector. Today, even with a new president at the helm, it is the same ANC that governs,” said Maimane.

He argued that nothing had fundamentally changed within the governing party and how it managed state-owned entities such as Eskom.

“We are still stuck with the same ANC in government, trying the same tried, tested and failed solutions to the same structural problems in our economy.

“For the past decade, the ANC in government has repeatedly put band-aids onto the bullet wounds in our energy sector – most notably at Eskom. And the result today is a national power utility that is on its knees, threatening to take the entire country down with it,” said Maimane.

The DA leader added that unlike most of the challenges currently facing the ANC, “the Eskom meltdown is not a new phenomenon that can be conveniently blamed on the Guptas”.

He argued that the electricity challenges and the financial state that Eskom finds itself in were “due to deliberate decisions or lack thereof by the ANC over the past 12 years”.

“Eskom has been transformed from a strong and competitive power giant, into the single biggest threat to our nation’s future. Corruption, cadre deployment, mismanagement of coal contracts, and a decision not to invest in coal-plus mines are the key contributors to today’s crisis,” said Maimane.

Public Enterprises Minister Pravin Gordhan addressing the matter earlier this week laid all the blame on Eskom and not the ruling party.

He criticised the power utility for not properly communicating the cause of the power outages.

The minister said the root causes of load shedding were mainly the condition of the power stations and the maintenance of the plants.

“Eskom has 47,000 megawatts of installed capacity. Its’ plans to cut down operations, whether as a power station or units within power stations, was supposed to be 7,500 megawatts.

The DA’s FedEx reiterated that as deputy president of South Africa from 2014, Cyril Ramaphosa was privy to – and participated in – many decisions that have led South Africa to this parlous state it finds itself in.

“In March 2015, Ramaphosa was tasked with appointing a “war room” to oversee Eskom’s fundamental problems, one which appeared to make little change if any to the status quo,” said Maimane, who also challenged Ramaphosa to “come clean, accept responsibility for this crisis, and provide leadership on his plan to save Eskom and reform the country’s energy sector”.

“Millions of South Africans are headed for a black Christmas this year reminiscent of the state of emergency era during the last years of the apartheid regime in the late 1980’s,” warned Maimane.

The FedEx which convened its final sitting of 2018 this weekend to discuss and decide on matters of importance to the party and its national programme ahead of the 2019 general elections, concluded that there were immediate steps that needed be taken to reform Eskom and the energy sector.

The party called for the breaking down of Eskom’s monopoly over electricity at national government and for South African cities to be allowed to open the market for energy where both cities and their residents can have greater choice over how they purchase and consume energy.