The schools that mean business Ngwathe Secondary School in Edenville, Free State, is one of 30 schools the IDC has helped

At face value, Ngwathe Secondary School in Edenville, Free State, is a typical township school situated in an area that is suffocating under a devastating economic depression. The school’s windows are broken and the furniture is falling apart.

A stone’s throw away, unemployed youngsters sit in front of a bottle store, downing quarts of beer and smoking dagga.

But inside the classrooms, it is a completely different story. The school has barely opened for this academic year, but in every class, teachers and pupils are hard at work. In the school’s new science laboratory, pupils are reciting the periodic table. Others are experimenting with chemicals, dissolving metals and distilling water. Everybody is supercharged and bustling with energy – they are on to something.

Things are looking upbeat and, at this rate, says principal Motshidisi Tumisi, there is a strong likelihood that this year’s matric class will outdo last year’s, which hauled in a 94.8% pass rate.

“I don’t see why we should not get 98% this year. Even a 100% pass rate is possible. We mean business here. And I am very excited to be part of this winning team,” she says.

But the situation has not always been this rosy. The school, located in a small neighbourhood about 120km southeast of Vereeniging, stumbled on to its road to Damascus in 2013, thanks to the Whole School Development Programme run by the Industrial Development Corporation (IDC). Through the programme, the IDC selects and injects resources and human capital into poor and underperforming rural schools, with the aim of putting them on the straight and narrow.

Ngwathe Secondary is one of 30 schools – located in rural areas across the country from Lusikisiki to Pampierstad, and from Bushbuckridge to Vhufuli Village – the IDC has helped.

While Tumisi is grateful to the IDC for the school’s new fully equipped laboratory, and for replacing the ceilings and lights, and painting all the classrooms, she says she is eternally indebted to the organisation for the “strategic planning sessions” it conducted, during which it applied business principles to the business of running a school. It was during one of these sessions that she had her “aha moment”.

“They took us to Kroonstad for a strategic planning session, where we analysed our strengths, weaknesses, threats and opportunities. Our major weaknesses were that we had a school governing body that wasn’t sure about the difference between governance and management. We also didn’t know how to manage our resources, and we had no asset register,” she says.

“Not having clear guidelines as to who was responsible for what was the biggest shortcoming.”

But after the workshops, things changed.

“Both the school governing body and the school’s management team have developed their strategic plans, and we all know which decisions to implement and when. Before, teachers and pupils were always late for school. They would take between 15 and 20 minutes to get back to class after break. But it is all different now. I don’t even have to go out of my office to tell people to get back to class after break. Within a few seconds, the schoolyard is empty and lessons resume.”

Most importantly, the IDC has contracted a company to help teachers improve their delivery of maths and science lessons. The results, says Tumisi, show that the course was long overdue. The matric class of 2013 achieved a 55% pass rate in maths. In 2014, the pass rate climbed to 60%. It hit 89% last year.

“Had it not been for that, we would have achieved well above 90%,” she says.

The IDC, she says, “came to our school, sat in classes and observed how our teachers delivered the content. They assessed their gaps and shortcomings. This was followed by private sessions with the teacher. After school, they would also meet with the pupils and teachers for more classes between 2.30pm and 5pm.”

The school’s bachelor passes are also showing an upward trend. The pass rate has gone up from 29% in 2013 to 45.5% last year. This year, Tumisi says, the IDC plans to build a computer and media centre, as well as a new kitchen for the school nutrition programme.

Reporting by City Press and sponsorship by the IDC

We live in a world where facts and fiction get blurred
In times of uncertainty you need journalism you can trust. For only R75 per month, you have access to a world of in-depth analyses, investigative journalism, top opinions and a range of features. Journalism strengthens democracy. Invest in the future today.
Subscribe to News24
Next on City Press
The state of arts and culture: John Kani to deliver OR Tambo Foundation Anniversary Lecture 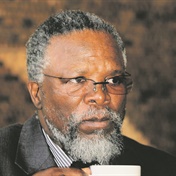