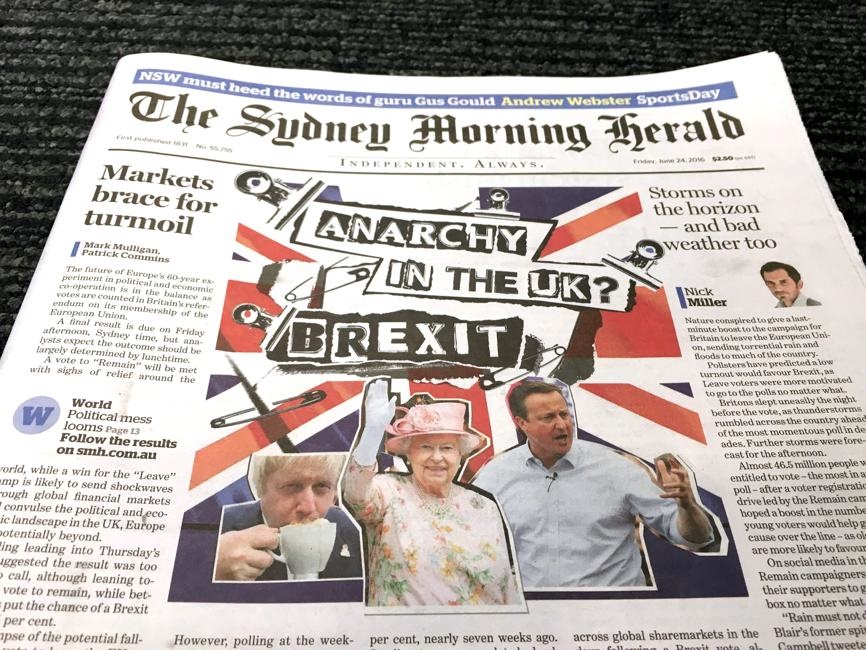 “The South African public can be reassured that our banking and financial institutions are well positioned to withstand financial shocks – as demonstrated in the period leading up to the great recession in 2008-2009 when the system demonstrated its resilience,” he said

Gordhan pointed out that it would take two years of negotiations between the United Kingdom and the European Union for any break in their relationship to be concluded.

“We have been saying for some time now that the process leading up to the voting yesterday would result in volatility in the financial markets and in sentiments and confidence, and this is clearly in the case in the events that have unfolded today,” Gordhan said.

“We have seen currencies become volatile; the rand has depreciated, the share markets in the London Stock Exchange have lost significant amounts of money – this is all reactions to the decisions that have been made in the United Kingdom.”

However, Gordhan said that the trade links between South Africa and the European Union and Britain were “fairly strong” and “based on solid agreements”.

“We have a two-year period in which to make changes to agreements and treaties.”

Gordhan said the national treasury and the Reserve Bank met earlier this morning and were monitoring developments and the implications for South Africa. They would continue to do so over the next few days and keep the South African public informed and if there were any measures that needed to be taken.

“The monitoring of these processes and events will continue into next week but this is a time when the efforts that government, business and labour have been putting in to avoiding a downgrade must now continue into ensuring that we collectively stabilise our economy, reassure the financial markets and inspire confidence built among South Africans and those interested in investing in South Africa that we are indeed a country where there is a set of resilient institutions on the one hand and that we are as a country open for business,” Gordhan said.

He said that “the kind of cooperation that we’ve seen between business, government and labour to reignite growth” must continue with a greater sense of urgency and was “quite critical to stabilising the environment notwithstanding what might be happening within the European context”.