The year in pictures: Moments that got people talking

Zimbabweans went to the polls - for the first time without Robert Mugabe’s name in the ballot.

Jacob Zuma vacated his position as the president of the country and in came Cyril Ramaphosa.

France won the Fifa World Cup in Russia. These and more are our selection of some of the most powerful news photographs taken around the world this year. SEALED WITH A KISS Britain’s Prince Harry and his wife, Meghan Markle – AKA the Duke and Duchess of Sussex – kiss as they leave from the West Door of St George’s Chapel in Windsor Castle. Picture: Ben Stansall ON TOP OF THE WORLD France's President Emmanuel Macron celebrates a goal as Fifa President Gianni Infantino looks on at the final match of Fifa World Cup Russia between France and Croatia at Luzhniki Stadium. Picture: Alexei Nikolsky FAREWELL TO MAMA A crowd watches as the funeral procession of fallen struggle stalwart Winnie Madikizela-Mandela travels from Orlando Stadium in Soweto – where her official funeral service was held – to Fourways Memorial Park, where her body was laid to rest. Picture: Charlie Shoemaker / Getty Images QUEEN OF OUR SOULS The body of legendary singer Aretha Franklin lies in repose at the Charles H. Wright Museum of African-American History in August for a two-day public viewing before her funeral. Picture: Paul Sancya-Pool / Getty Images IN THE DOCK Former president Jacob Zuma appeared at the Durban High Court in June on charges of corruption. Addressing his supporters outside court, Zuma threatened to expose those who provoked him. Picture: Felix Dlangamandla 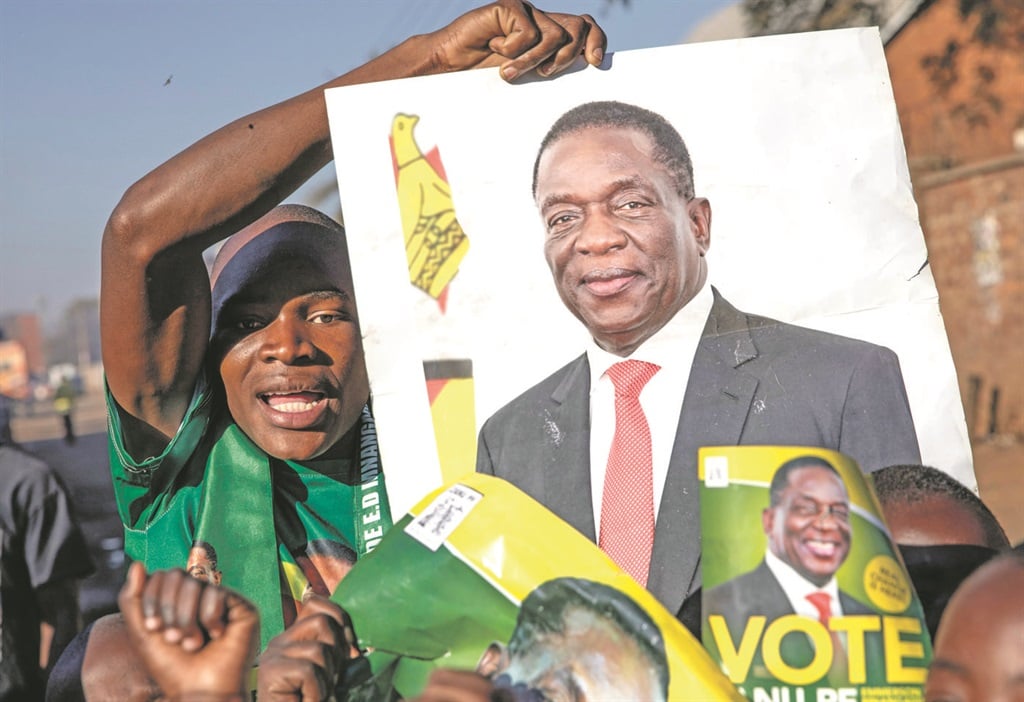 BLOOD MOON A lunar eclipse occurred when the sun, Earth and moon aligned, putting the moon in Earth’s shadow. The red colouring was as a result of sunlight refracting through Earth’s atmosphere. Picture: Richard Heathcote / Getty Images EMERGENCY CREW Firefighters take a break during the second day of battling a fire that engulfed the Bank of Lisbon building in Joburg’s CBD. Three firefighters died in the blaze, which lasted three days. Picture: Tebogo Letsie NO-GO AREA A Honduran asylum seeker cries as her mum is searched and detained near the US-Mexico border in McAllen, Texas, as part of the US’s ‘zero tolerance’ policy on undocumented immigrants. Picture: John Moore / Getty Images BUFFALO MOVES President Cyril Ramaphosa’s October investment summit raked in R290bn in pledges. Picture: Denvor de Wee
We live in a world where facts and fiction get blurred
In times of uncertainty you need journalism you can trust. For 14 free days, you can have access to a world of in-depth analyses, investigative journalism, top opinions and a range of features. Journalism strengthens democracy. Invest in the future today. Thereafter you will be billed R75 per month. You can cancel anytime and if you cancel within 14 days you won't be billed.
Subscribe to News24
Related Links
#TrendingAwards2018: The hashtags of 2018
#TrendingAwards2018: In memoriam of the greats we lost in 2018
World Cup fixtures, Zuma and load shedding top Google’s search for 2018
Next on City Press
Watch | Shadrack Sibiya’s tale of two jobs

Listen to our latest podcasts.
Voting Booth
A new report by the Electoral Integrity Project, which looks at the quality of electoral integrity worldwide, has identified South Africa as having the second-highest level of integrity in its elections in Africa. Do you agree with the report?
Please select an option Oops! Something went wrong, please try again later.
No
37% - 26 votes
Yes
28% - 20 votes
We should be first
35% - 25 votes
Previous Results